Bends particles around the various layers of detector systems

By bending the trajectories of charged particles, ATLAS can measure their momentum and charge. This is done using two different types of superconducting magnet systems – solenoidal and toroidal. These impressive systems are cooled to about 4.5 K (–268°C) in order to provide the necessary strong magnetic fields.

The main sections of the magnet system are: Central Solenoid Magnet, Barrel Toroid and End-cap Toroids.

The ATLAS solenoid surrounds the inner detector at the core of the experiment. This powerful magnet is 5.6 m long, 2.56 m in diameter and weighs over 5 tonnes. It provides a 2 Tesla magnetic field in just 4.5 cm thickness. This is achieved by embedding over 9 km of niobium-titanium superconductor wires into strengthened, pure aluminum strips, thus minimising possible interactions between the magnet and the particles being studied.

The ATLAS toroids use a series of eight coils to provide a magnetic field of up to 3.5 Tesla, used to measure the momentum of muons. There are three toroid magnets in ATLAS: two at the ends of the experiment, and one massive toroid surrounding the centre of the experiment.

At 25.3 m in length, the central toroid is the largest toroidal magnet ever constructed. It is unique in particle physics and an iconic element of ATLAS. It uses over 56 km of superconducting wire and weighs about 830 tonnes. The end-cap toroids extend the magnetic field to particles leaving the detector close to the beam pipe. Each end-cap is 10.7 m in diameter and weighs 240 tonnes 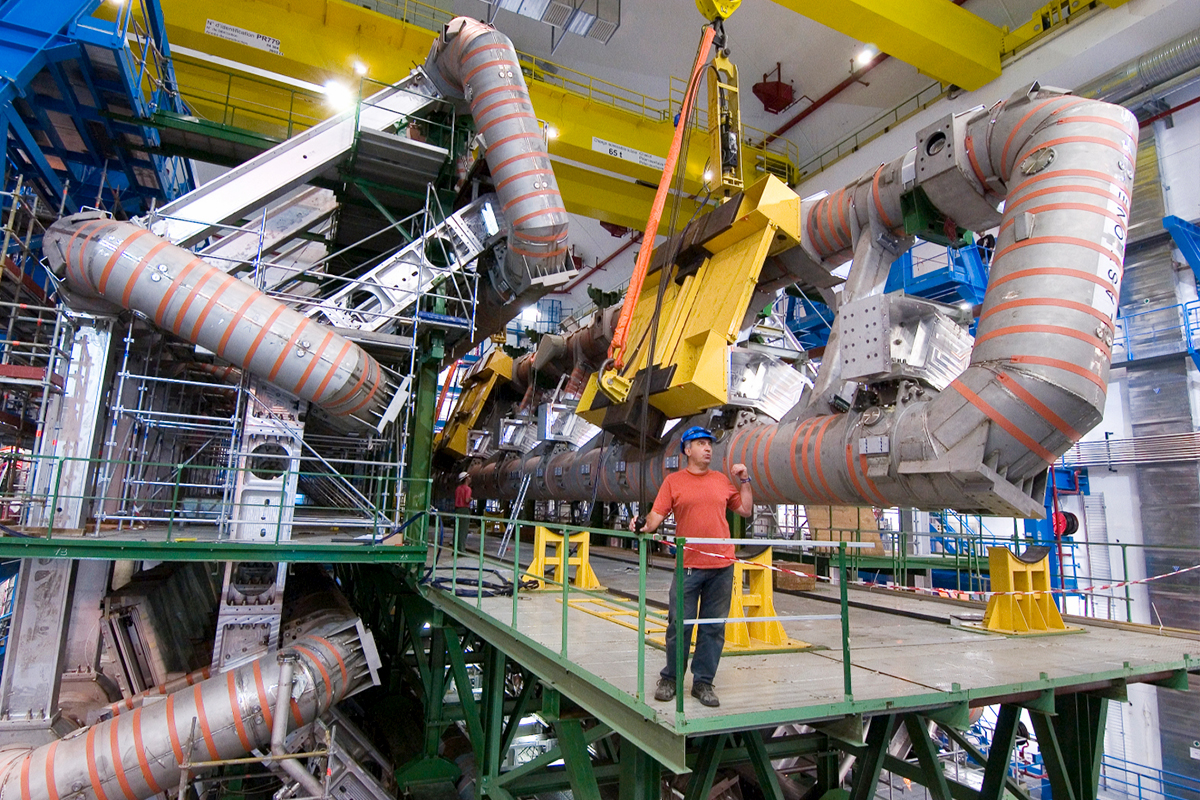 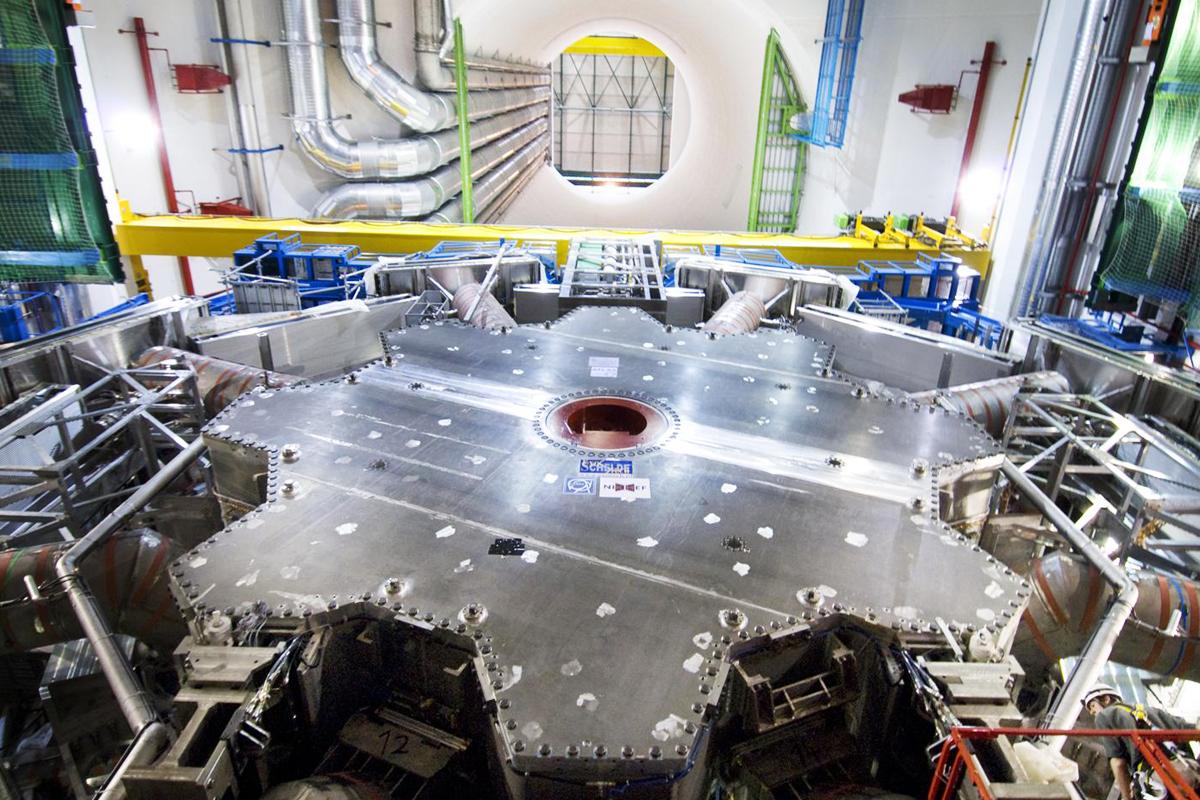