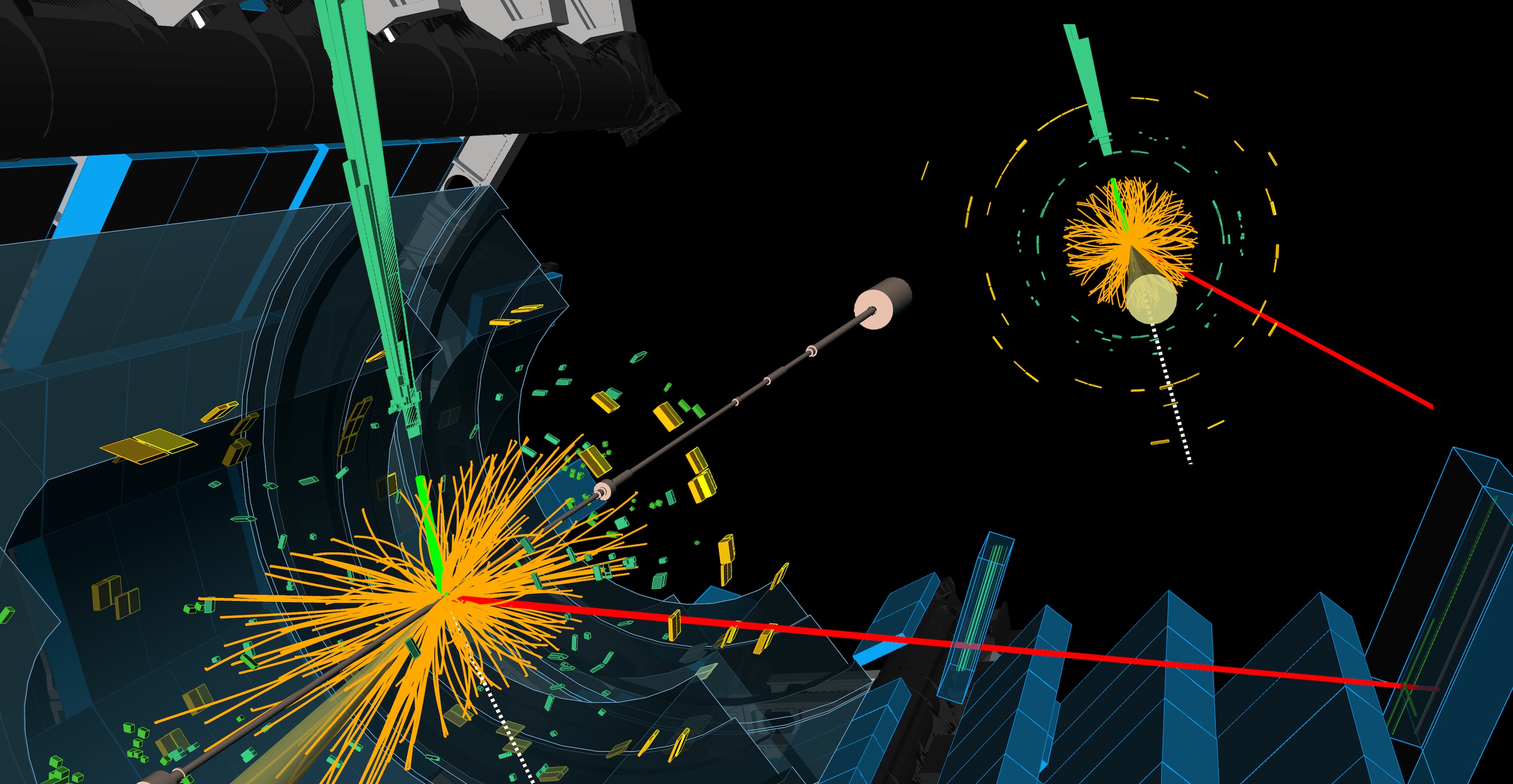 Searching for the unknown characteristics of the Universe requires a bit of back-and-forth. Sometimes, experimental physicists drive the effort by discovering something that is not predicted by existing theoretical models. At other times, theorists lead the way by developing models that address gaps in our understanding of Nature. These models often predict the existence of new particles that might be discovered at the LHC, such as those forming dark matter or "graviton" particles predicted in models of the gravitational force.

In a new result, the ATLAS Collaboration exploited the full potential of the LHC Run-2 dataset to perform an extensive search for new, high-mass particles that can decay to a pair of W bosons. As many theoretical models predict the existence of such high-mass particles, physicists were able to investigate the validity of several models at once across a large energy range.

For their search, physicists focused on two possible production processes for new, high-mass particles: gluon-gluon fusion (ggF) and vector boson fusion (VBF). In the ggF process, two gluons (one from each colliding LHC proton) form the new particle; in the VBF process, each proton radiates a vector boson (either a Z boson or a W boson), which subsequently collide to produce the new particle. In either case, the new particle would quickly decay to a pair of W bosons, which then subsequently decay to an electron, a muon and two neutrinos. Researchers looked at the transverse mass distribution – a mathematical combination of the momentum and energy of the electron, muon and neutrinos – for a signal from the new particle (see Figure 1).

However, there are many other types of collisions and decays that also produce an electron, a muon and two neutrinos. These are considered background processes that can obscure possible signals of a new particle. Much of the difficult work in this ATLAS search involved achieving an accurate understanding of the background processes, and optimising selection criteria to separate them from any signals from a new particle.

Physicists compared their data to the expected signals of five different theoretical models: a narrow width approximation model (NWA), where the new particle has properties similar to a heavier version of the Standard-Model Higgs boson; a Georgi-Machacek (GM) model, with five predicted Higgs-like particles; a Radion particle, predicted by Randall-Sundrum gravitational models; a heavy vector triplet (HVT) model, consisting of additional Z and W bosons; and an excited Kaluza-Klein (KK) graviton particle, predicted by certain quantum theories of gravity (see Figure 2). As no excess of events was seen above the expected background, ATLAS physicists were able to exclude the existence of all of these new particles below certain mass thresholds, within the bounds of their models.

About the event display: Candidate event display of the production of a heavy neutral particle via fusion of two vector bosons, where a jet resulting from a second quark would be outside the detector acceptance and thus not visible. The display shows the resulting signature with one electron (green track), one muon (red line), one jet (within detector acceptance, yellow cone), and a large amount of missing transverse momentum (dashed line). The transverse mass of the system of the electron, muon and missing transverse momentum is 1.4 TeV, which is a lower bound for the mass of the hypothetical heavy particle. (Image: ATLAS Collaboration)