10 years of discovery with the Higgs boson

4 July 2022. The ATLAS Collaboration at CERN has released its most comprehensive overview of the Higgs boson. The new paper, published in the journal Nature, comes exactly ten years after ATLAS announced the discovery of the Higgs boson. In celebration of this anniversary, a special all-day symposium on the Higgs boson is currently underway at CERN.

"The ATLAS Collaboration has made tremendous leaps in the understanding of the Higgs boson over the past ten years," says Guillaume Unal, ATLAS Physics Coordinator. "Today's paper summarises these insights, presenting a detailed map of the Higgs boson’s interactions with other particles and its properties.”

The results are based on the full dataset collected by the ATLAS experiment during Run 2 (2015–2018) of the Large Hadron Collider (LHC). The wealth of data allowed researchers to study the Higgs boson in unprecedented detail. Alongside these highlights (see timeline below), brand-new studies of the Higgs boson self interaction are being presented at the CERN symposium. Studies of this property can shed light on the form of the energy potential of the Higgs field, which governs the Brout-Englert-Higgs mechanism that gave mass to elementary particles a fraction of a second after the Big Bang.

“The successful decade of Higgs boson exploration would not have been possible without the exceptional performance of the LHC and the ATLAS detector, as well as the data reconstruction and calibration chains following the acquisition of the data, optimised during countless hours by skilled and dedicated ATLAS members,” says Andreas Hoecker, ATLAS Spokesperson. “That performance together with powerful novel analysis approaches and improved theoretical modelling have made our studies surpass expectations in every aspect.”

The singular characteristics of the Higgs boson, as the only elementary scalar particle, have made it the subject of a very rich field of research. “The Higgs sector is directly connected with very profound questions related to the evolution of the early Universe and the stability of the vacuum, as well as to the striking mass pattern of matter particles,” says Andreas. “Each particle’s relationship with the Higgs boson is special, and provides a unique test of the Standard Model. Over the past ten years, we have observed and measured all of the main production and decay mechanisms of the Higgs boson as summarised in today’s paper.”

The ATLAS Collaboration has made tremendous leaps in the understanding of the Higgs boson over the past ten years, painting a detailed picture of its properties and interactions.

The Higgs boson is also being deployed as a tool in the search for new, unknown phenomena. ATLAS’ new paper provides an up-to-the-minute look at these searches, including possible decays of the Higgs boson to invisible particles that could make up the dark matter observed in the universe. “Any new particle with mass might interact with the Higgs boson," says Guillaume. “We could observe these particles directly in dedicated searches or indirectly by precisely measuring the kinematic and symmetry properties of the Higgs boson. New particles occurring in quantum loops might alter these properties from those predicted by the Standard Model.”

While today’s Nature paper draws a detailed map of the Higgs boson, it is still far from complete. The upcoming Run 3 of the LHC, scheduled to begin tomorrow, will triple the amount of proton-collision data for ATLAS to explore – providing a new opportunity for physicists to piece together the nature of the Higgs boson.

Members of the public are invited to tune in to today’s CERN symposium on the Higgs boson to learn more (watch the webcast here). Seminar talks explore the decades of detector and accelerator innovation that were required to search for the Higgs boson, as well as the process and people behind the discovery. The very latest Higgs studies are also described, with special focus given to the exciting future prospects of LHC Run 3.

About the event display: One of the first Higgs boson candidate events, recorded 10 June 2012 by the ATLAS Experiment. The event is consistent with a H→ZZ*→4μ decay. (Image: ATLAS Collaboration/CERN)

About the font: To celebrate the Higgs-boson discovery anniversary, we annually switch the ATLAS public website font to Comic Sans. This is an homage to use of Comic Sans in ATLAS' Higgs announcement slides, presented on 4 July 2012. 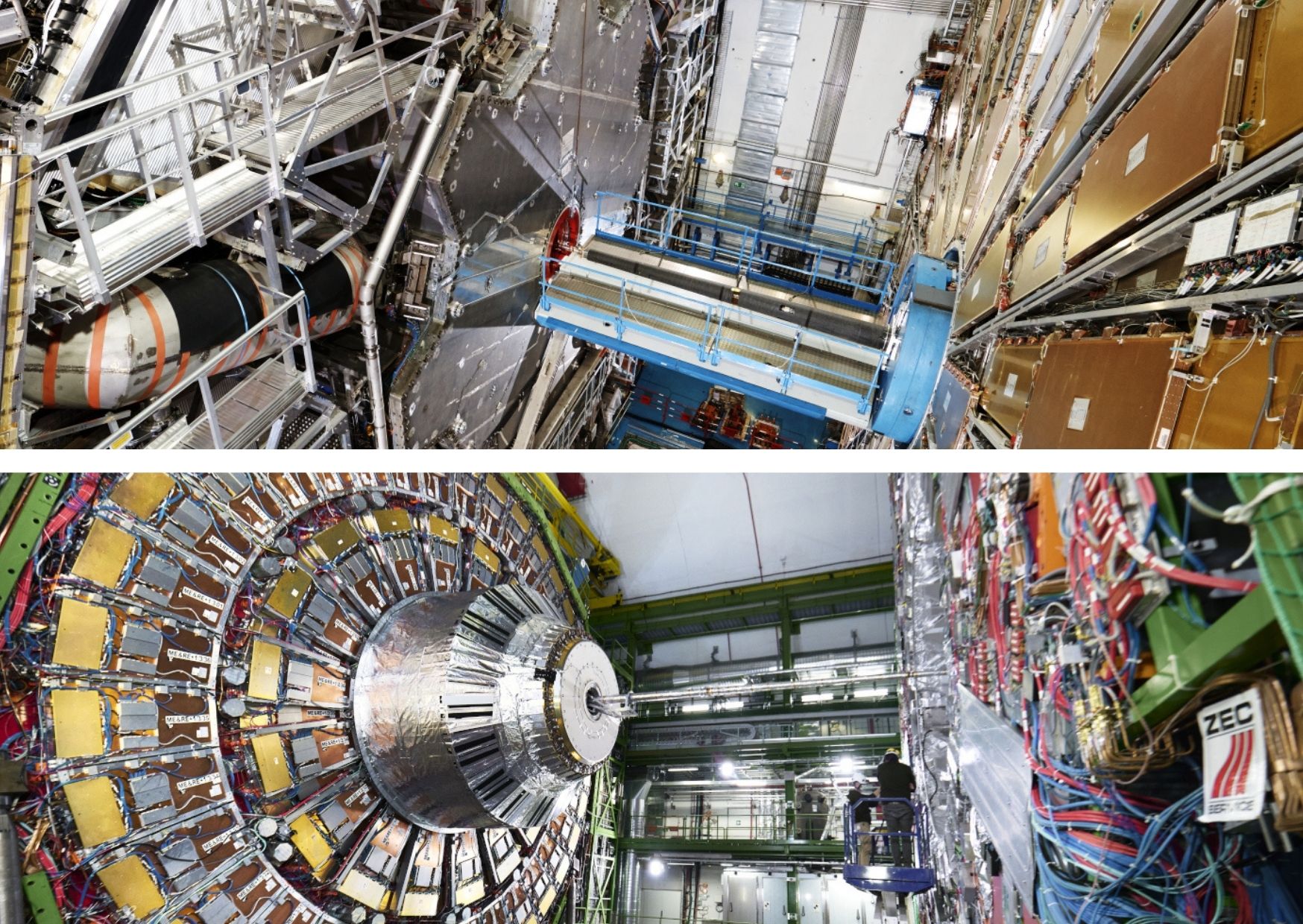 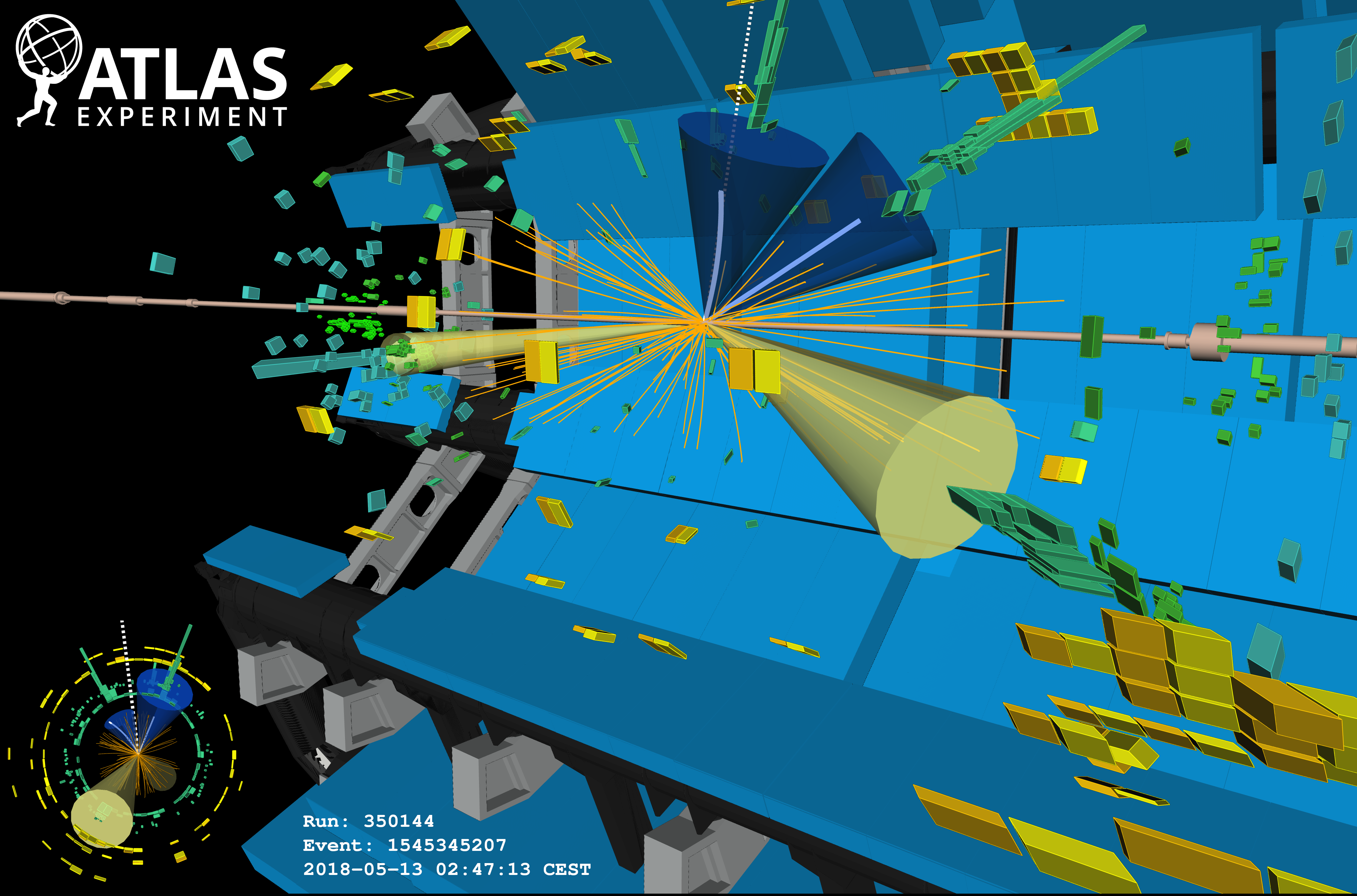