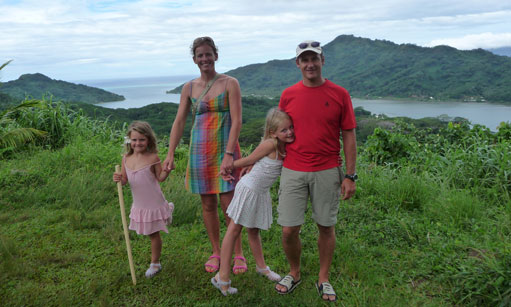 When the time came for François Butin to do his military service for France, he wasn’t interested in the armed forces. Instead, he chose to become a “cooperant”, working for a longer period in research or engineering. “In the old days, if you wanted to do your military service in an intelligent way, that was one of the good opportunities,” says François.

He had two choices: CERN, or an oil company in Angola. Born just 200 kilometres away from Geneva, in Saint-Étienne, France, the lure of adventure in Africa was attractive to François. “But at that time, the political situation in Angola was a bit…complex,” he recalls. He chose CERN and didn’t regret his decision when civil war broke out in Angola just two weeks after his term began in October of 1992.

François worked on the RD6 project that would later become part of the ATLAS TRT. “I had absolutely no intention to stay,” he says. “I wanted to go back to Toulouse in France where we have the aerospace industry.” He planned to work for one of the big aerospace companies and spend time with his girlfriend, who lived there.

Sixteen months at CERN was enough to change François’s mind. “I liked the atmosphere here, I liked the job very much, I liked the place too. I didn’t like my girlfriend anymore,” he adds with a grin. “I have the habit to say that military service is one of the best things to happen in my life…Here at CERN, I found my job, found my wife, who was a mathematician here at CERN, and eventually, I just stayed here.”

The Jura also offered a platform for a hobby of his. “I used to do a lot of paragliding, but it’s very time-consuming, and I can do this only on my own,” says François. He waits for the electric paramotor to become available, allowing him to take off from flat ground, without the loud noise of a petrol engine.

François found a compromise between particle physics and space working on the Antimatter Spectrometer in 1994, a detector bound for the International Space Station. But two years later, he was back with ATLAS, on technical coordination, working out how the “Russian dolls” of ATLAS would fit into the cavern.

In 1999, François moved to designing the ATLAS experimental area. “My job was to integrate all the systems that surround ATLAS,” he explains. He was responsible for making sure that cooling and ventilation, water and gas distribution, cranes, electricity, and the blue scaffolding that lines the cavern walls were all installed and working.

After the cavern was finished in 2003, the area was turned over to François’s team to build the infrastructure they’d carefully designed. “We were quite in a rush at that time because ATLAS wanted to start installing the detector as soon as possible, so we had to clear a space for them,” he says. “At one point, we had 240 persons working on the site.”

Once the installation of the infrastructure was nearly complete, the detector groups began to join the work in the cavern. “It was more tricky because we had to accommodate installation of the experiment and at the same time finish the infrastructure. It was more delicate, more negotiations, more share of time between the detector, which had its own organization,” says François. “I was not, if you want, the only chef d’orchestre anymore!”

Four hundred work packages later, when all major installations were complete, François’s work also ended. The detector was ready for testing and commissioning to take over. Ready for a good long break, he and his family left Geneva on January 1st last year.

François considers taking care of his daughters, Gaelle (8) and Sophie (5), to be his hobby: “Take care in the sense of taking them skiing, taking them hiking, taking them roller-skating…” In this case, he and his wife, Jennifer, took them on a six-month voyage around the world.

First stop was Jordan, then on to Thailand and Cambodia. They spent two months in Australia, hopped east to New Caledonia, French Polynesia, the legendary Easter Island, Peru, flew north to California and the southwestern United States, and finally, they returned to Geneva.

While he and Jennifer would not have bothered with much planning were they travelling as a couple, they took pains to assure some extra stability in travel and first night stays with the children. “They are good walkers… In Jordan, we walked, like seven hours in a day,” he recounts. Meals were another story. “The most difficult thing with the kids was food, because they are already quite picky…So that was like, 90 per cent of arguments.”

Of all he saw, François found the national parks in the southwestern US most striking. “I’m not a city guy anyway. But when I found myself in these national parks…so beautiful, so huge, and people were very nice and friendly and relaxed. It was one that I was most surprised by. I did not expect that.”

Besides the parks, the heavy stone faces that stare out to sea from the tiny Easter Island evoke a palpable sense of history and mystery. François struggled a bit to put it into words: “just feeling the weight of these statues…it’s very difficult to understand the culture of these peoples.”

Back in Geneva, he’s moved on to another project. “Now I am doing basically exactly what I was doing but for a different experiment, for NA62, which is North Area, it is using a secondary beam of the SPS to do kaon physics.” Though the scale is smaller, installing the detector – in addition to the infrastructure – falls to François.

And as project leader for the upgrade of the Target Secondary Absorber and Target Absorber Neutral devices on either side of CMS and ATLAS, he’s kept “a foot” in the LHC. “Work is a frame,” says François. “If you like people you’re working with, it’s fantastic.”