From ATLAS Around the World: Faster and faster!

Faster and Faster! This is how it gets as soon as LS1 ends and the first collisions of LHC Run 2 approaches. As you might have noticed, at particle physics experiments we LOVE acronyms! LS1 stands for the first Long Shutdown of the Large Hadron Collider.

After the end of Run 1 collisions in March 2013 we had two full years of repairs, consolidations and upgrades of the ATLAS detector. Elevators at P1 (that is Point 1, one of the 8 zones where we can get access to the LHC tunnel located 100 m underground) were once again as crowded as elevator shafts in a coal mine. Although all the activities were well programmed, during the last days the activity was frenetic and we had the impression that the number of things in our t0-do lists was increasing rather than reducing.

Finally, last week I was sitting in the ACR (Atlas Control Room) with experts, shifters, run coordinators, and the ATLAS spokesperson for the first fills of the LHC that produced “low luminosity collisions”. You might think that, for a collider that is designed to reach a record instantaneous luminosity (that is the rate of collisions in a given amount of time), last week’s collisions were just a warm up.

Well, this is not entirely true.

Last week we had the unique opportunity to collect data with very particular beam conditions that we call “low pile-up”. That means that every time the bunches of protons cross one through the other, the protons have a very small probability of actually colliding. What is important is that the probability of having two or more collisions at the same time is negligible, since we are only interested in collisions that are produced once for each bunch crossing. These data are fundamental for performing a variety of physics measurements.

Just to cite a few of them:

Over the past few months, I’ve been coordinating a working group with people around the world (Italy, Poland, China, UK, and US) – none of them resident full time at CERN – who are responsible for the on-line selection of these events (we call this the trigger). Although we meet weekly (not trivial due to the different time zones), and we regularly exchange e-mails, I had never met with these people face to face. It was strange to finally see their faces, although I could recognize their voices.

We have worked very hard for the last week of data-taking trying to be prepared for all possible scenarios and problems we might encounter. There were no room for mistakes that could spoil the quality of data.

We cannot press the “replay” button.

Luckily everything ran smoothly, and there weren’t too many issues and none of them severe.

This is only one of the activities where my institution, the Istituto Nazionale di Fisica Nucleare – Sezione di Bologna, and the University of Bologna and the other 12 ATLAS Italian groups were involved during the Run 2 start up of LHC. 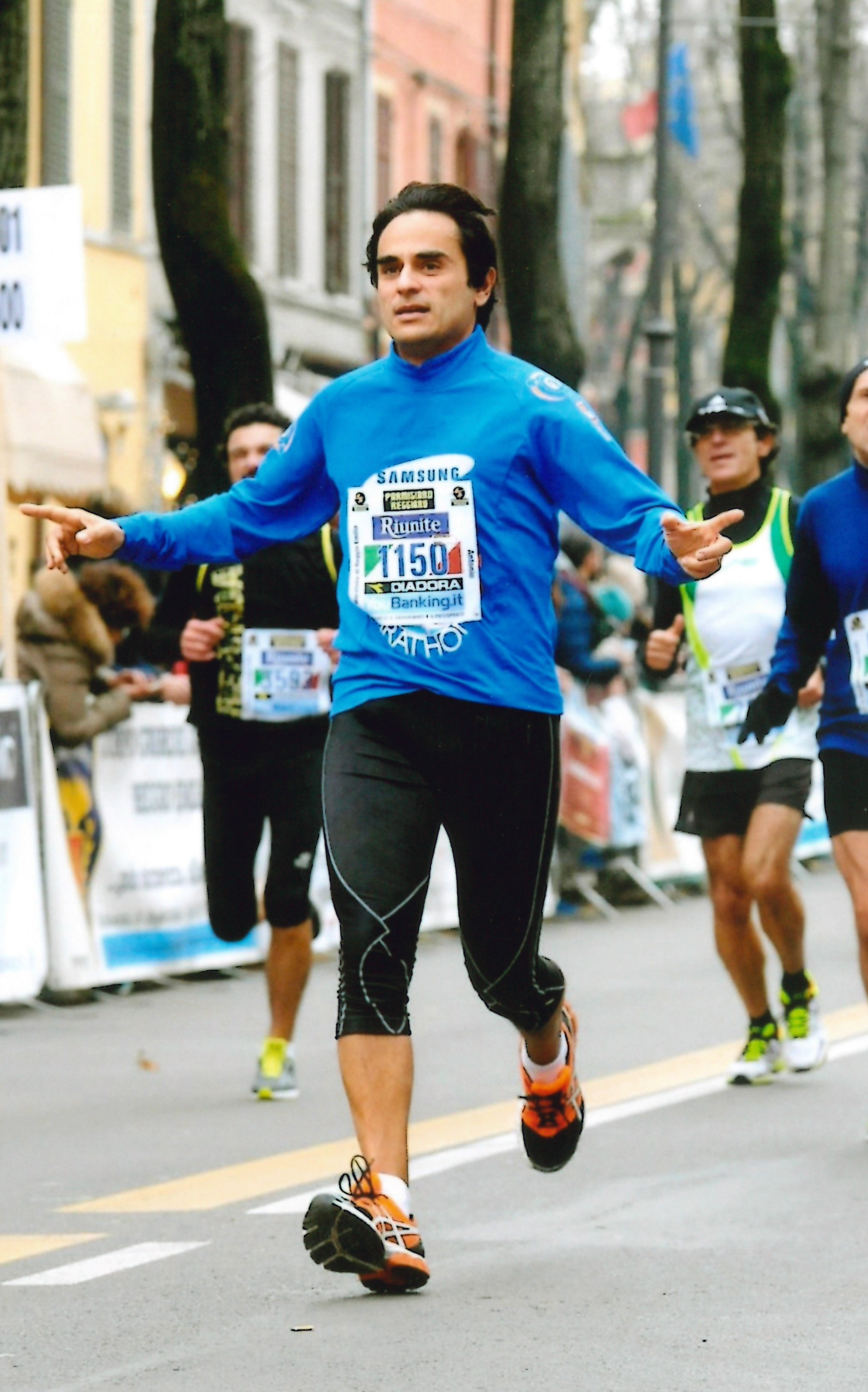 Antonio Sidoti is a physicist in Bologna (Italy) at the Istituto Nazionale Fisica Nucleare. His research include top quark associated with Higgs production searches, upgrade studies for the new inner tracker and trigger software development using Graphical Processing Units. He is coordinating the ATLAS Minimum Bias and Forward Detector Trigger Signature group and is now deputy coordinator of the physics analysis for the Italian groups in ATLAS. When he is not working he plays piano, runs marathons, skis or sails with a windsurf.