Since 2017, the ATLAS Early Career Scientist Board (ECSB) and Analysis Software Tutorial organisers have been teaming up to run a week-long introductory event for new ATLAS members. Induction Day welcomes new members to the collaboration by giving them an overview of the plethora of activities that take place within the ATLAS Collaboration. This is followed by the Analysis Software Tutorial – a five-day event that brings together new members to learn the necessary tools to start a physics analysis in ATLAS.

Traditionally these events were held in-person at CERN, and were often the first time that members would go to CERN and see the actual ATLAS experiment! However, for the many new members living far from the French-Swiss border where CERN sits – an ocean away, for example – traveling was not always a viable option. By the time they could attend one of these events, they were no longer really "new" members. With the move to virtual welcome events, we lose the in-person interaction, but we trade that off for breaking down the travel barrier and truly having an event for new members!

With the move to virtual welcome events, we lose the in-person interaction, but we trade that off for breaking down the travel barrier and truly having an event for new members!

The third fully-virtual edition of Induction Day, held on 19 February 2021, began with an engaging introductory talk by ATLAS Deputy Spokesperson, Manuella Vincter. She brought us back in time to the summer of 1992, when the Letter of Intent for ATLAS was officially submitted to the LHCC (the committee who, among other things, decides what experiments will run at the Large Hadron Collider). We learned that in that year, the proposals for two other LHC experiments – EAGLE and ASCOT – were merged to create the proposal for ATLAS. This makes ATLAS older than many of our Induction Day participants who are now analysing its data!

Following Manuella’s talk, the coordinators of various activities in ATLAS answered questions from participants. All of the major ATLAS activities were covered: detector and Point-1 operations; trigger and data acquisition; physics and performance; software and computing; data preparation; safety; diversity and inclusion; and outreach. When joining such a large collaboration with an established experiment, it’s difficult not to get lost in all of the technical documentation when searching for simple answers. This Q&A session offered a unique experience for new members of the collaboration to ask their questions directly to the experts!

After the Q&A session, ECSB members Ben Davis-Purcell and Sébastien Rettie talked about how to do a PhD in ATLAS and how to do an ATLAS analysis, respectively. These talks aimed to help new members climb the steep learning curve by equipping them with tips and tricks, and providing them with useful resources.

In pre-pandemic times, the most memorable part of Induction Day for many was the connections they made with colleagues over coffee breaks and welcome drinks. Hosting this event virtually has presented a challenge for the ECSB: how could we still build this sense of community among new members? We therefore added a new social activity to the schedule: ATLAS trivia! Induction Day attendees were split into teams where they were tested on their knowledge of the ATLAS experiment, their ability to find important information on ATLAS webpages, and their creativity in answering questions like: “What is your favourite Standard Model particle and why?” We hope that the new friendships formed during this activity remain, and are renewed with a classic in-person CERN restaurant gathering, once that time comes.

The Induction Day and Software Tutorial events also give new members a sense of ATLAS’ global and distributed community. Even before the move to online-only activities, ATLAS members have helped one another with software through multiple forums and asynchronous channels. These continued exercises and tutorials remain excellent ways to be welcomed into the collaboration. We look forward to the day when these activities can move back to an in-person setting, while also incorporating what we have learned from this virtual era to maintain the aspects that increase global inclusivity. 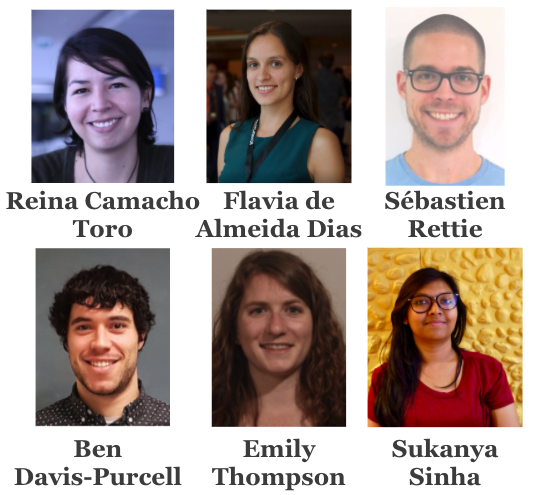