The winter conference season is well under way, and what better way to fill my first blog post than with a report from one of the premier conferences in particle and astroparticle physics: the Rencontres de Moriond.

One of the nice things I like about attending a conference is that it lets me step away from my day-to-day work and think again about the wider context of what we do as physicists. In this conference, it was the progress being made in our understanding of dark matter that best seemed to bring together work from many different areas of investigation. (Note that some of the results I will mention were already included in Jessica Levêque’s post No Matter How Hard You Try... Standard Is Standard).

Dark matter is the material that holds galaxies and clusters of galaxies together – the evidence for its existence from astronomical measurements is overwhelming. The problem: no one knows what dark matter actually is. None of the particles we know will do the job, not even the elusive neutrinos. All we do know is that it must be electrically neutral, very weakly interacting, and stable over billions of years. But that’s pretty much it.

What to do? Well, we could try to detect collisions between dark matter particles and ordinary atoms. At the conference, the LUX and CDMS collaborations reported their searches to detect this mysterious substance. Neither group saw any evidence of a signal, more or less ruling out potential hints seen by other groups over the last few years. In addition, several searches for dark matter production in the ATLAS and CMS experiments were reported, also with null results.

But a lack of positive signals is not the end of the story. Far from it – three talks in particular showed how our models for dark matter are evolving, with constraints from many directions.

The first of these addressed so-called supersymmetric dark matter.

Supersymmetry is a group of models that predict new particles, as yet undiscovered, to explain several mysteries in particle physics (see So where is all the SUSY?, by Zach Marshall). In many supersymmetric models, one of the new particles is the dark matter particle, but there is no solid prediction of its mass to guide searches. Lorenzo Calibbi, however, combined astrophysical observations, searches for supersymmetry at the LHC and a few assumptions and educated to argue that the dark matter particle should be at least 24 times as massive as the proton – if it is supersymmetric.

Another possibility for dark matter is a particle called an axion. This would be very difficult to detect, in fact the searches I mentioned would have no chance of observing it. A surprise constraint arrived during the week, with the announcement by BICEP-2 of the detection of some particular patterns in the cosmic microwave background (CMB) radiation. This radiation was emitted early in the history of the universe, when it was about 380,000 years old - for comparison, the current age of the universe is 13.8 billion years. Their results are very fresh, and many groups will be seeking to replicate their observation, but if confirmed it’s essentially the last major piece of evidence for cosmic inflation that occurred shortly after the Big Bang.

What does this have to do with axion dark matter? Quite a lot, actually. There were big uncertainties in the possible properties on axions, depending on whether they were created before or after inflation. The observation by BICEP-2 rules out the creation of axion dark matter before inflation, giving a more precise target for future axion searches.

Finally, there was a proposal by Marco Drewes that perhaps we don’t need exotic new theories at all. The very fact that neutrinos have mass implies that they should have partner particles – one each for the electron, muon and tau neutrinos. He showed that, if these partners, or right-handed neutrinos – are arranged in just the right way, one of them could be the dark matter particle. Even better, the other two could explain why we live in a universe of matter rather than antimatter. By conventional standards, this proposal is artificial, without any solid theoretical motivation, but it’s testable, and that is music to an experimentalist’s ears. 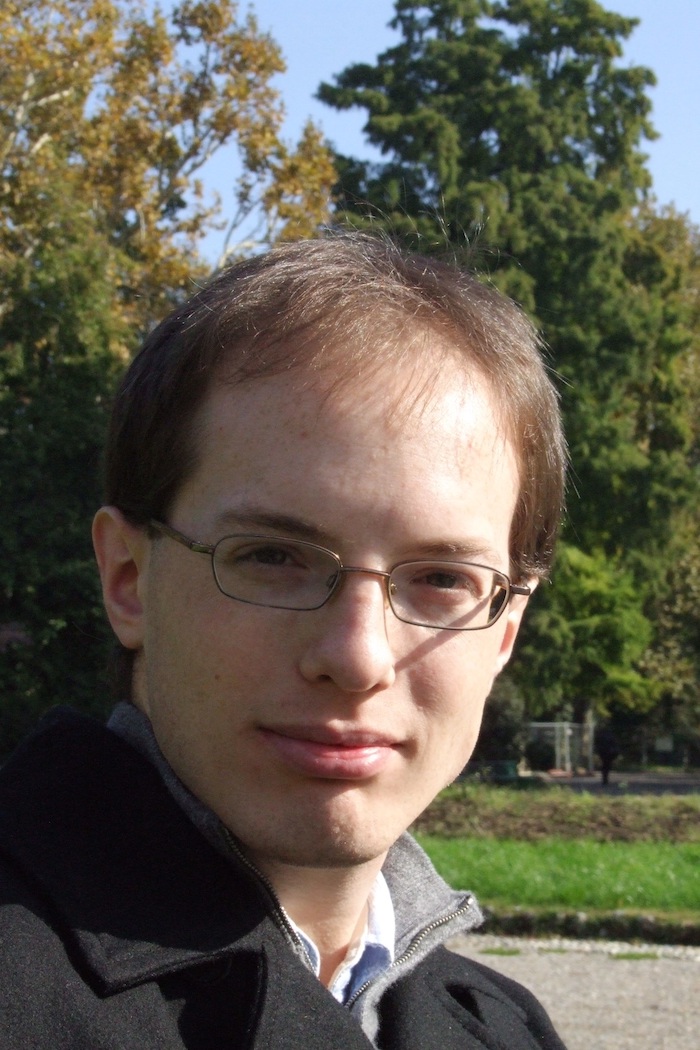 Mike Flowerdew is a post-doctoral researcher at the Max Planck Institute of Physics in Munich, Germany. He is currently searching for evidence of supersymmetric particles in the ATLAS data, and was also responsible for the calibration of the muon systems during data-taking.