Getting ready for the next discovery

I’m just on my way back home after a great week spent in Ljubljana where I joined (and enjoyed!) the XXVII edition of the Lepton-Photon conference.

In spite of the wide spectrum of scientific activities shown in Lepton-Photon, the latest measurements by the experiments at the Large Hadron Collider (LHC) based on 13 TeV proton-proton collision data were notable highlights of the conference and stimulated lively discussions.

The investigation of the proton-proton interactions in this new, yet unexplored, energy regime is underway using new data samples provided by LHC. One of the first analyses performed by ATLAS is the measurement of proton-proton inelastic cross section; this analysis has a remarkable relevance for the understanding of cosmic-ray interactions in the terrestrial atmosphere, thus offering a natural bridge between experiments in high-energy colliders and astroparticle physics.

While we are already greatly excited about the new results based on the 13 TeV collisions provided by LHC, it is also clear that the best is yet to come! As discussed during the conference, the Higgs boson discovered in 2012 by the ATLAS and CMS collaborations still has many unknown properties; its couplings with quarks and leptons need to be directly measured. Remarkably, by the end of next year, the data provided by LHC will have enough Higgs boson events to perform the measurements of many Higgs-boson couplings with good experimental accuracy.

A few “hints” of possible new-physics signals were already observed in the data collected by ATLAS at lower energy in 2011 and 2012. Unfortunately such hints are still far from any confirmation and the analysis of the 13 TeV proton-proton collision data will clarify the current intriguing scenarios.

Although LHC is in its main running phase, with many years of foreseen operation ahead of us, the future of particle physics is already being actively discussed, starting from the future world-wide accelerator facilities.

During Lepton-Photon, many projects were presented including proposals for new infrastructure at CERN, in Japan and in China. All these proposals show a strong potential for major scientific discoveries and will be further investigated, posing the basis for particle physics for the next fifty years to come.

Without a doubt one of the most inspiring moments of this conference was the public lecture about cosmological inflation given by Alan Guth. It attracted more than one thousand people from Ljubljana and stimulated an interesting debate. In his lecture, Alan Guth stressed the relevant steps forward taken by the scientific community in the understanding of the formation and the evolution of the Universe.

At the same time, Alan Guth remarked on our lack of knowledge of many basic aspects of our Universe, including the dark matter and dark energy puzzles. Dark energy is typically associated to very high energy scales, about one quadrillion times higher than the energy of protons accelerated by LHC; therefore, it is expected that dark energy can’t be studied with accelerated particle beams. On the other hand, dark matter particles are associated with much lower energy scales, and thus they are within the reach of many experiments, including ATLAS and CMS! 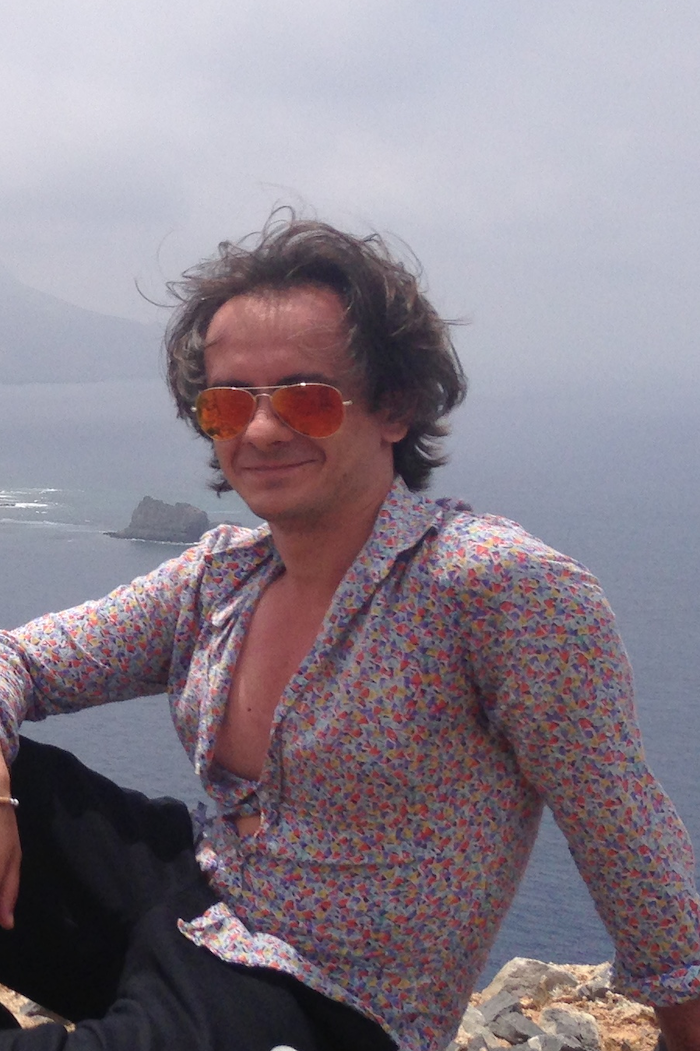 Nicola joined the ATLAS experiment in 2009 as a Master’s student at INFN Lecce and Università del Salento in Italy, where he also contributed to the ATLAS physics program as PhD student. He is currently a postdoctoral researcher at Aristotle University of Thessaloniki. His main research activity concerns the ATLAS Standard Model physics, including hard strong-interactions and electroweak measurements. Beyond particle physics, he loves traveling, hiking, kayaking, martial arts, contemporary art, and rock-music festivals.