Michael Leyton
An obligatory eye scan is required for all ATLAS underground personnel entering the experimental cavern. The iris recognition is performed by the IrisID iCAM7000.

Its only point in life is to keep track of who enters and leaves the Zone. It sounds like a simple task for such an advanced technology, but -- like most things in the world of research -- it's never without some hiccups.

The iCAM7000 comes complete with an interactive voice feedback system, personified by a sassy, but simplistic, guard-woman who I liken to the Cerberus of the ATLAS cavern. There exists one possible outcome for each of her heads: 1) she allows you to proceed into the underworld, opening the forward door; 2) she sends you back to where you came from, opening the backward door; or 3) she allows you to proceed, but the forward door remains closed and the backward door opens instead. The particular failure mechanism behind the latter, seemingly contradictory, case has yet to be understood and is best discussed in the appropriate forum. In the middle case, a robotic voice greets you:

"Soarry, we cannot confirm your identity."

I end up hearing this way more often than you might expect. So often, in fact, that the sound of her drawled 'soarry' now produces an instantaneous Pavlovian response of frustration and rejection in me. Keep in mind that every emotion is amplified by a factor of 10 when you're 100 meters below ground. Sometimes the IR scanner positioned at the entrance to the capsule decides it doesn't like something about you (e.g. your height, your weight, your mood) or the way you entered (e.g. too quick, too slow, with too much hip). One handy trick is to take your helmet off and start from scratch. The general consensus here is that it confuses the straps with a second person entering the capsule. But of course this is only conjecture, as there is never any useful debugging output, only:

"Soarry, we cannot confirm your identity."

Moreover, it's not entirely clear what she means by that. I find it amusing to think that the problem could simply be with my identity itself.

It's true I've been doing a lot of soul-searching lately. Don't get me wrong, I love testing cables for ATLAS -- it's humbling to be a small part of something grandiose. But lately, my knees have been taking a real beating at PP2 due to multiple bangs against various steel support structures and long hours of kneeling on the anti-skid aluminum planks. Maybe I'm getting too old for this and she's finally on to me.

Come to think of it, I wonder if ATLAS stores an identity database of all their underground staff. My thoughts begin to wander off into an Orwellian nightmare starring our favorite iCAM7000 as 'Big Sister' ... Looking into the iris scanner, there's an orange dot that turns green when it is properly aligned between the eyes and your head is at an appropriate distance from the scanner. A little back, a little forwards. Fortunately, some verbal guidance is given here, albeit rather spasmodically:

"Please move a little back from the camera."

Steadfastly watching the dot while centering it on my forehead always feels a little like being a sniper on a rooftop waiting for that perfect shot. Except in this case, I'm both the target and the assassin. The narrative twist sends my thoughts spiralling out of control.

In 300 years, what will they think when they stumble upon this abandoned relic of humanity? Will they conclude it's some sort of unfinished spaceship, waiting patiently for its first test flight? Will they be accelerating particles we don't even know exist yet? Will it all seem like a futile exercise or will it be praised as pioneering work that paved the way for current technologies and their understanding of the universe? Luckily it's not up to me to decide. For now, I'm just a cable tester:

"Thank you, you have been identified."

I rejoice internally as I hear those magical words and see the tunnel passageway open in front of me. And then I suddenly realize that I forgot to pee. 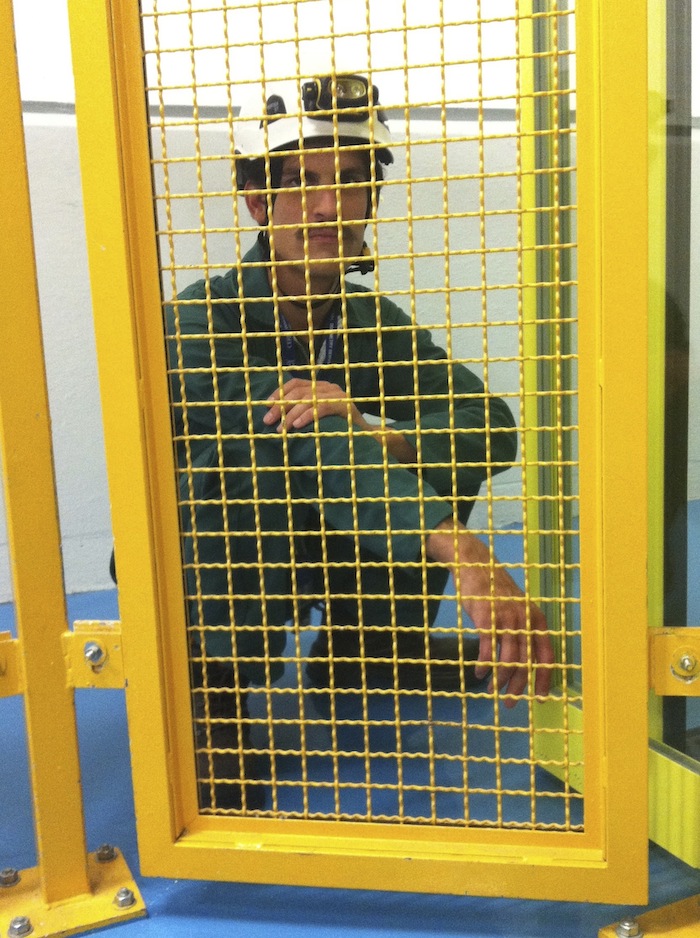 Michael Leyton is Visiting Assistant Professor at the University of Texas at Dallas. He has been a member of the ATLAS collaboration since 2004 and tested over 800 km of cables in the experimental cavern. His favorite cable harnesses are Type-2 VVDC and Type-4 HV. Photos by Cécile Lapoire 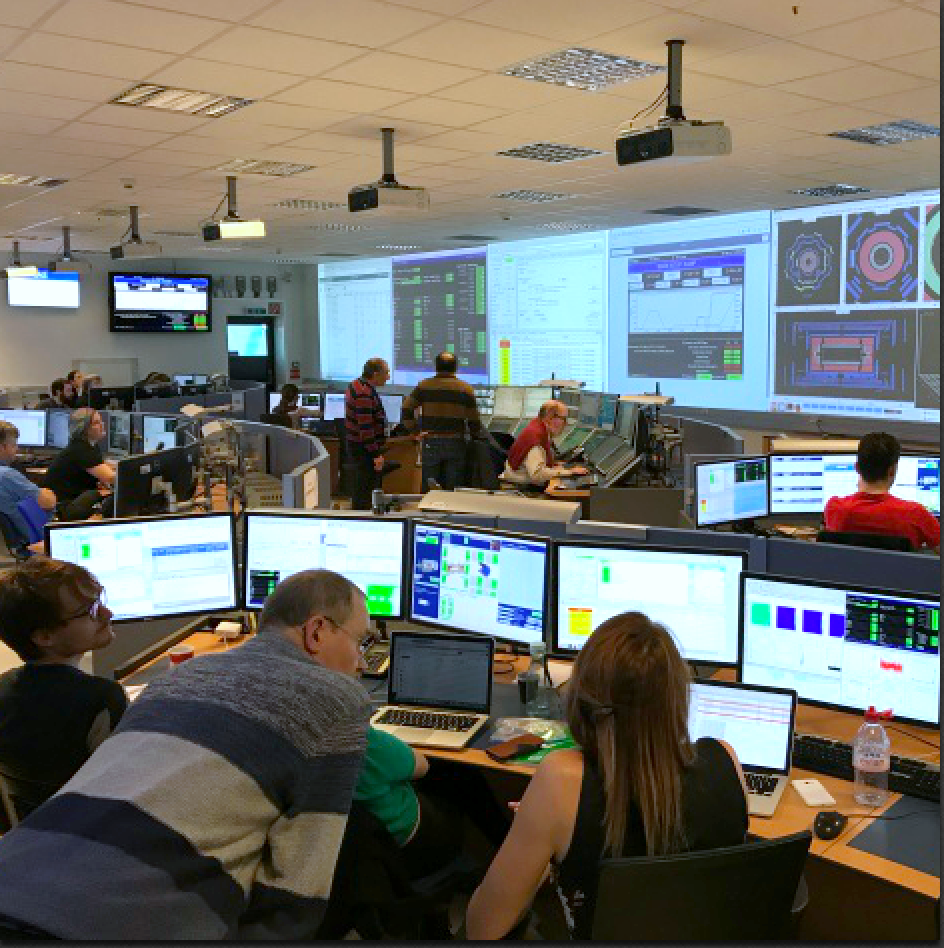