The XXVII edition of this classic conference (Lepton-Photon) brought together more than 200 scientists from around the world in the lovely city of Ljubljana, Slovenia. This year’s edition was a bit special, as it featured poster presentations that gave young researchers (including many ATLAS members) the opportunity to show their work. Six posters were selected for short talks and, from ATLAS, the chosen poster-talk was given by Moritz Backes on the Run 2 trigger performance and the upgrades which took place during the first LHC Long Shutdown (LS1).

Lepton-Photon mostly featured plenary talks, ranging from comprehensive summaries of Run 1 results (including New Physics searches, Higgs measurement status, Pentaquark, and much more) to encouraging early Run 2 results on performance and physics. There was a nice talk about the current status of the LHC as well as its future. Other talk subjects included heavy-ion, neutrino and dark matter physics, among others.

On Thursday, there was a public lecture given by the creator of inflation and the theory of multiverses, Alan Guth. The big rooms – normally used for both the plenary talks and the poster exposition – had to be joined and completely reorganised in order to fit more than a thousand people (mainly young Slovenians). During the 1-hour talk, Prof. Guth explained what inflation is and the evidence in favour of this scenario of the evolution of the Universe – all with almost no mathematical details and just one plot: the famous CMB angular spectrum, precisely fitted by the Lambda-CDM prediction.

There were good questions – as well as some bizarre ones – from the audience. Especially about the somewhat “crazy” idea of multiverses, which attempts to explain why the vacuum energy (cosmological constant) determined from cosmological observations is so different from what’s calculated in quantum field theory (by some 120 orders of magnitude). Prof. Guth’s talk covered the multiverse theory in detail, which describes how – shortly after the big bang, when inflation started – many other universes were created at the same time as ours.

According to the theory, each of them grew from a different patch of the primordial cosmological “egg” and each of them (randomly) got a different vacuum energy. As a consequence, only a few of them (the ones with a vacuum energy compatible with a flat space) were able to create life… well, there should be a good reason why we are here! (This is what encapsulates the anthropic principle.)

So what do particle physics and the ATLAS experiment have to do with all of this? Well, it’s simple. Finding New Physics at the LHC may shed light on how the vacuum energy should be calculated from first principles by adding new contributions to it.

On Saturday, after a really amazing week, the conference was brought to a close with a really nice summary talk by John Ellis. The outcome from so many talks was synthesised in a single question: “Is there life after Higgs? Yes!” 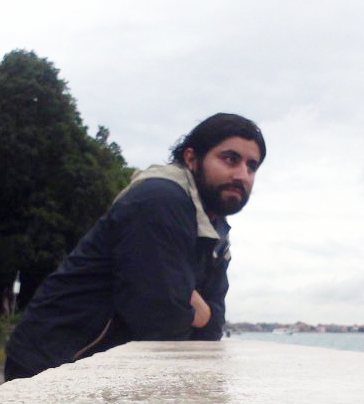 Edson is a postdoc at the Physics institute at the Pontificia Universidad Católica de Chile (PUC), in Santiago. He started to work in the ATLAS experiment in 2010 and he’s currently interested in searches of beyond the standard model theories involving extra heavy Higgs bosons or other exotic heavy resonances, and in the studies of the properties of the Higgs particle. When he’s far from the office and computers, he likes to take long walks, read novels and essays, listen to nice music, and spend time with his family and friends.