We physicists refer to the vast underground cavern that houses the ATLAS experiment as ‘the pit’. That may be a strange term to use for a marvel of civil, mechanical and electrical engineering, but nonetheless there are parallels to what you might imagine a ‘pit’ to be. Working inside the ATLAS detector in the pit can be dark, sometimes hot and not suited to those with claustrophobia. It often involves climbing several sets of makeshift steps and gantries and crawling flat on your stomach through narrow gaps to get to the part of the detector where you need to be. You will be wearing a safety helmet with mounted lamp, steel toe-cap shoes, one or more dosimeters to monitor radiation exposure and even a harness, if working at heights. Not to mention tools, laptop and any equipment you need to do your job. You tend to recognize the experimental physicists, engineers and technicians who have just come up from the pit – they stand blinking in the sunlight with a tired and rather sweaty appearance.

Getting authorization to work in the pit is no easy ride either. First you need a medical. Then there are safety courses to follow (with tests to pass). You must request access to the various ‘zones’ within the pit. You make a work request to detail the work, its duration, the location, and the number and names of people working with you. And then you fill out a risk assessment. All three of those formalities require approval by safety officers, site managers and project leaders. When that’s done, then finally you can put on your helmet, dosimeter, boots, and use your personal CERN badge (with a chip to identify you) to enter the different access zones, backed up by an iris scan to make sure it's really you (the access control systems are electronically linked to the approval processes mentioned above). It sounds like a lot of hassle but after the initial shock you tend to take it in stride.

I’ve already mentioned that ‘the pit’ is an engineering marvel. The ATLAS detector is also a marvel of experimental physics. The sheer scale of the technology down there never fails to impress, even if you work there often. You can read the mind-boggling facts about ATLAS in this fact sheet. But the scale is only part of it – the really impressive stuff is the appreciation of what the numerous ‘sub-detectors’ that comprise ATLAS are made of and how they function.

I am the Project Leader of one such sub-detector – the SemiConductor Tracker (SCT) - which is centred around the proton-proton collision point right in the heart of the experiment. The SCT is about 6m long and 1.5m in diameter. Its detecting ‘element’ is a ~6x6 cm silicon sensor with several hundred micro-strips implanted on its surface. A charged particle passing through the silicon generates electron-hole pairs in its bulk though ionization, and the holes drift towards the micro-strips where they form ‘blips’ of excessive charge. We measure that charge and, because the micro-strips are microscopic (the clue is in the name), we can tell with very high precision exactly where the particle passed through the silicon. And here’s the thing. There are more than 16000 such silicon sensors in the SCT, together comprising about 6 million micro-strips, and we measure the charge on every single one. Our 60 square metres of silicon allow us to measure the trajectories (or ‘tracks’) of the thousands of particles that are generated by each proton-proton collision, and to measure each track with a precision of microns (millionths of a metre). And it does this small task 40 million times every second, which happens to be the rate at which protons collide head-on in the centre of ATLAS.

The LHC beam operations are on pause for two years, which is why we can work directly on the ATLAS detector in the pit (radiation levels would prevent us from entering the cavern otherwise). Even though we have stopped taking data, there is still plenty to do to safeguard this remarkable detector and prepare it for more data-taking from 2015, which is why I am often in the pit.

The SCT itself remains inaccessible, concealed within other sub-detectors that surround the collision point, like the layers of an onion (as Shrek once said, it's complex). But the tens of thousands of cables, optical fibres, and cooling circuits that service the SCT are partially exposed. And SCT is just one of many such sub-detectors in ATLAS, each with their own services. A tiny mistake – something as small as a washer or misplaced screw – could provoke an electrical short and the electronic noise arising from that short could prevent us from measuring the tiny amount of charge on the micro-strips. Elaborate detection systems are in place to detect such mistakes instantly. We also have to be vigilant on the issue of the environment around the silicon sensors. During collisions, the SCT is operated cold (-7oC) to minimize the rate of radiation damage to the silicon, so the sensors must be kept very dry (in a nitrogen atmosphere) to prevent condensation or frost, which could destroy the millions of delicate connections to the silicon.

We also have to prepare for data taking again from 2015. When I mentioned earlier that protons collide head-on at the rate of 40 million per second, I neglected to mention that it's not one proton, but billions. When these billions collide, and are sufficiently focused at the point of collision, chances are that there are many simultaneous collisions from the quarks and gluons from multiple protons. So the tracks we measure from what looks like a massive collision are in fact the superposition of multiple (massive) collisions. The LHC has become much better at this than we originally foresaw – we need to be able to extract even more massive amounts of data, in some cases beyond the existing capabilities of the detector readout systems. This has required significant upgrades to those systems this year.

I’ve touched on just a few of the activities currently underway in the pit but, believe me, this is just the tip of the iceberg. There will be further notes from underground in the coming weeks that will describe more of the work going on right now. Working on ATLAS in the pit raises enormous challenges – technical, scientific and even physical. But the rewards are enormous too, meeting these challenges together with skilled and motivated teams of truly global international engineers and physicists. Right now, I wouldn’t want to work anywhere else. 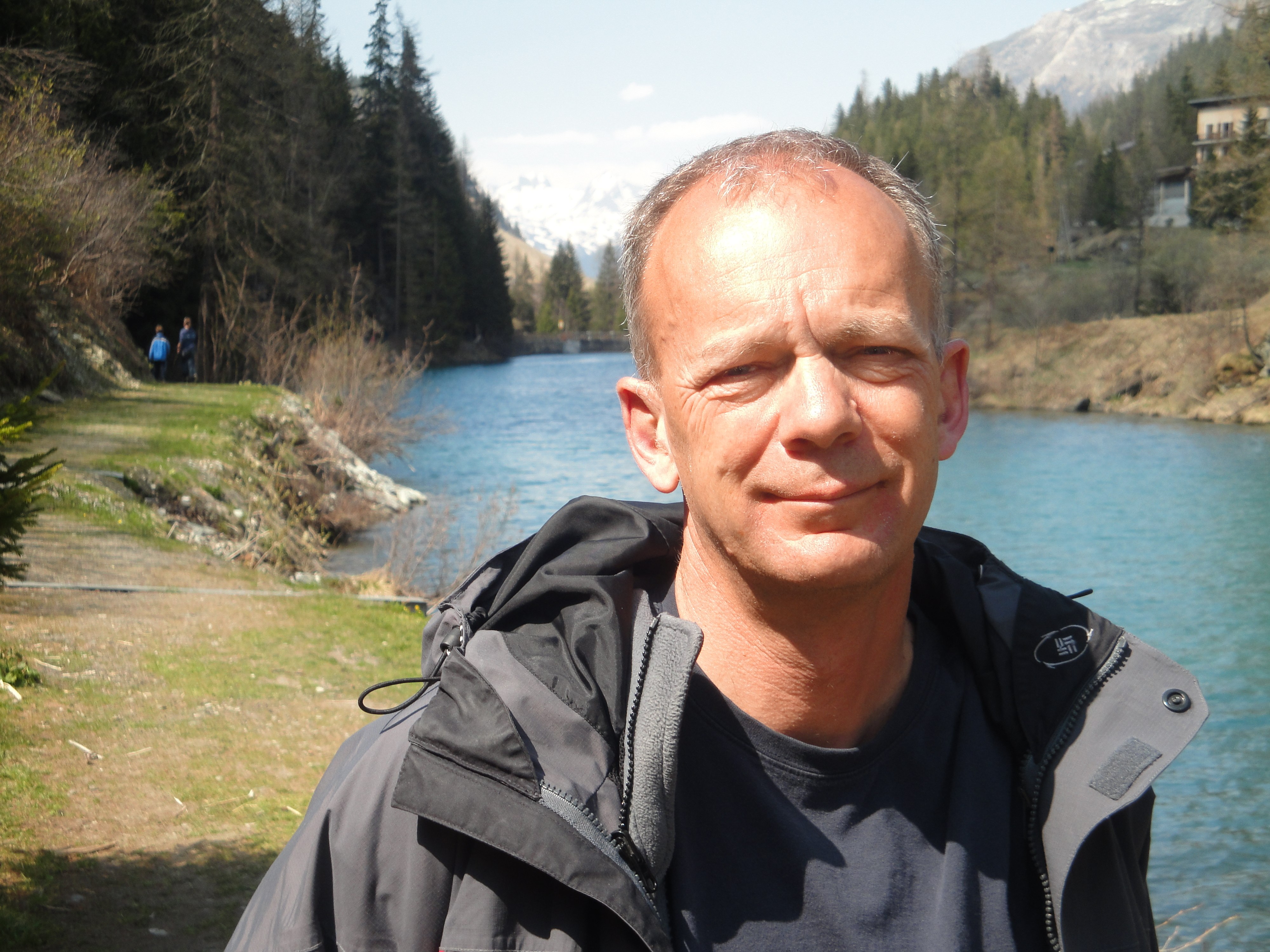 Dr Dave Robinson is a Senior Research Physicist at the Cavendish Laboratory, Cambridge University, and at CERN. Since March 2013 he has been the Project Leader of the ATLAS Semiconductor Tracker, and Project Leader of the ATLAS Inner Detector. Among other things, he has worked on triggering, data acquisition and silicon detector design and development for the UA1, OPAL and ATLAS experiments at CERN.