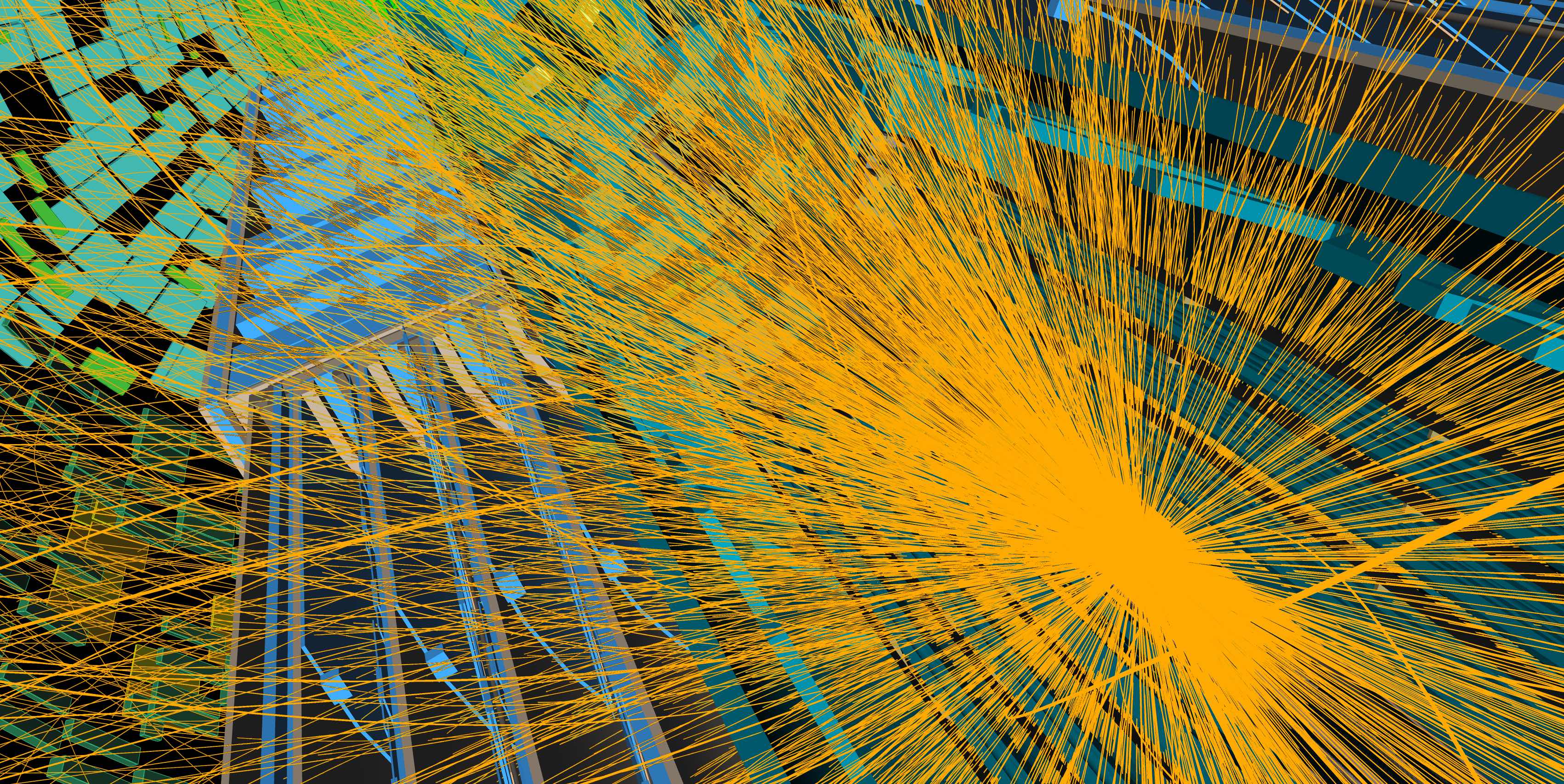 Heavy-ion collisions at the Large Hadron Collider (LHC) produce a hot and dense nuclear medium known as the quark-gluon plasma (QGP). This plasma, which filled the Universe for the first several millionths of a second after the Big Bang, exhibits a quite surprising phenomenon: it behaves as a fluid.

High-energy quarks and gluons produced in LHC collisions – collectively known as partons – fragment into highly collimated sprays of particles called jets. One property of the QGP is that it is opaque to partons passing through it due to their colour charge. This results in the partons losing energy as they traverse the nuclear medium and causes a reduction in the resulting jet’s momentum. This phenomenon is known as jet quenching.

A useful measurement of jet quenching is the ratio, RAA, which compares the number of jets produced in lead-ion collisions to those produced in proton-proton collisions (where there are no measured effects from the QGP formation). The ratio is typically presented as a function of the jet’s transverse momentum, pT, and provides a clear signature of jet quenching. Inclusive jets (originating primarily from light partons) in head-on heavy-ion collisions observe significant suppression with an RAA of ~0.5.

The interactions between high-energy partons and the QGP are expected to depend on the parton’s mass and its QCD colour charge i.e. whether that parton is a quark or gluon. This was confirmed through two different ATLAS studies presented at the recent Quark Matter 2022 conference in Krakow (Poland). First, physicists studied mass dependence by comparing inclusive jets to jets originating from b-quarks (b-jets). As shown in Figure 1, b-jets (green circles) are less quenched than inclusive jets (open green circles) – providing evidence that the energy loss in the QGP is reduced for higher mass partons.

Second, they confirmed the quark-to-gluon dependence in energy loss by comparing inclusive jets to jets produced in association with an isolated photon, as photon-balanced jets have an enhanced probability to stem from an initial quark. This is also shown in Figure 1, where photon-tagged jets (pink circles) are less modified than those stemming from an initial gluon due to their smaller colour charge.

This was the first time that energy loss dependence on the parton mass, colour charge and radiation pattern have been measured by ATLAS. These new measurements will help constrain theoretical models and improve the understanding of colour propagation in the QGP.

About the event display: One of the first heavy-ion collisions with stable beams recorded by ATLAS in November 2015. Tracks reconstructed from hits in the inner tracking detector are shown as orange arcs curving in the solenoidal magnetic field. The green and yellow bars indicate energy deposits in the Liquid Argon and Scintillating Tile calorimeters respectively. The beam pipe and the inner detectors are also shown. (Image: ATLAS Collaboration/CERN)