ATLAS searches for a Higgs boson pairs decaying into bbττ

Since the discovery of the long-sought Higgs boson, scientists have been working to understand its properties and interactions with other particles – as well as its interaction with itself, its “self-coupling”. One of the long-term goals of the LHC is to measure the Higgs-boson self-coupling, which in turn can give us clues about the formation of the Universe. This self-coupling can only be measured directly by studying the production of pairs of Higgs bosons (HH).

However, Higgs-boson-pair production in the Standard Model is very rare – a factor of thousand less likely than for the production of a single Higgs boson. While this is currently beyond the reach of the LHC, multiple extensions of the Standard Model predict enhancements to the HH production rate. The resonant production of HH could occur through the decay of an intermediate, high-mass particle – such as a graviton or an additional Higgs boson – which would be observed as a peak of excess events in a narrow kinematic range. Alternatively, they could appear in non-resonant production, where such a narrow peak is not expected.

This week, at the EPS-HEP 2021, the ATLAS Collaboration presented the latest search for resonant and non-resonant HH production, including the two dominant production mechanisms of the Standard Model (gluon fusion and vector-boson fusion). Physicists analysed data collected by the ATLAS detector from 2015 to 2018 (LHC Run 2), looking for events where one Higgs boson decays into a pair of bottom quarks and the other decays into a pair of tau leptons (HH→bbττ). They narrowed the search further, looking at events where both tau leptons decay hadronically, or where one decays into an electron or muon with associated neutrinos while the other decays hadronically.

The new ATLAS analysis provides the most sensitive probe to Standard Model Higgs-boson-pair production to date.

But looking for these events was just the start – physicists then needed to account for several background processes that result in a similar signature in the ATLAS detector. To do so, they made extensive use of machine-learning techniques, including boosted decision trees and (parameterised) neural networks. These algorithms made it possible to separate the shape of signal and background far more effectively than any single kinematic variable could do alone.

The new ATLAS analysis provides the most sensitive probe to Standard Model HH production to date, and represents a factor of four improvement over the previous version of the analysis. As well as profiting from a much larger dataset, physicists benefited from much-improved methods to identify the jets that arise from the decays of bottom-quarks and tau leptons, which are extremely challenging to distinguish from backgrounds. The team expected to be able to set a limit on the rate of HH production of 3.9 times the Standard Model production, but in the end there were slightly more events in data than predicted, pushing the observed limit to 4.7 times the Standard Model prediction.

The HH→bbττ signature is one of several Higgs-boson-pair processes being studied by the ATLAS Collaboration, and it provides the highest sensitivity yet to the rare Standard Model process. Though Higgs-boson-pair production has not yet been observed, the combination of this important channel with other searches – and the inclusion of the upcoming LHC Run-3 dataset – should enable ATLAS physicists to close in on this exciting process.

About the event display: Candidate HH→bbττ event in the ATLAS detector. 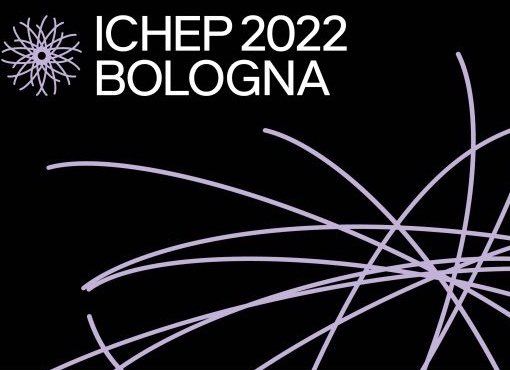