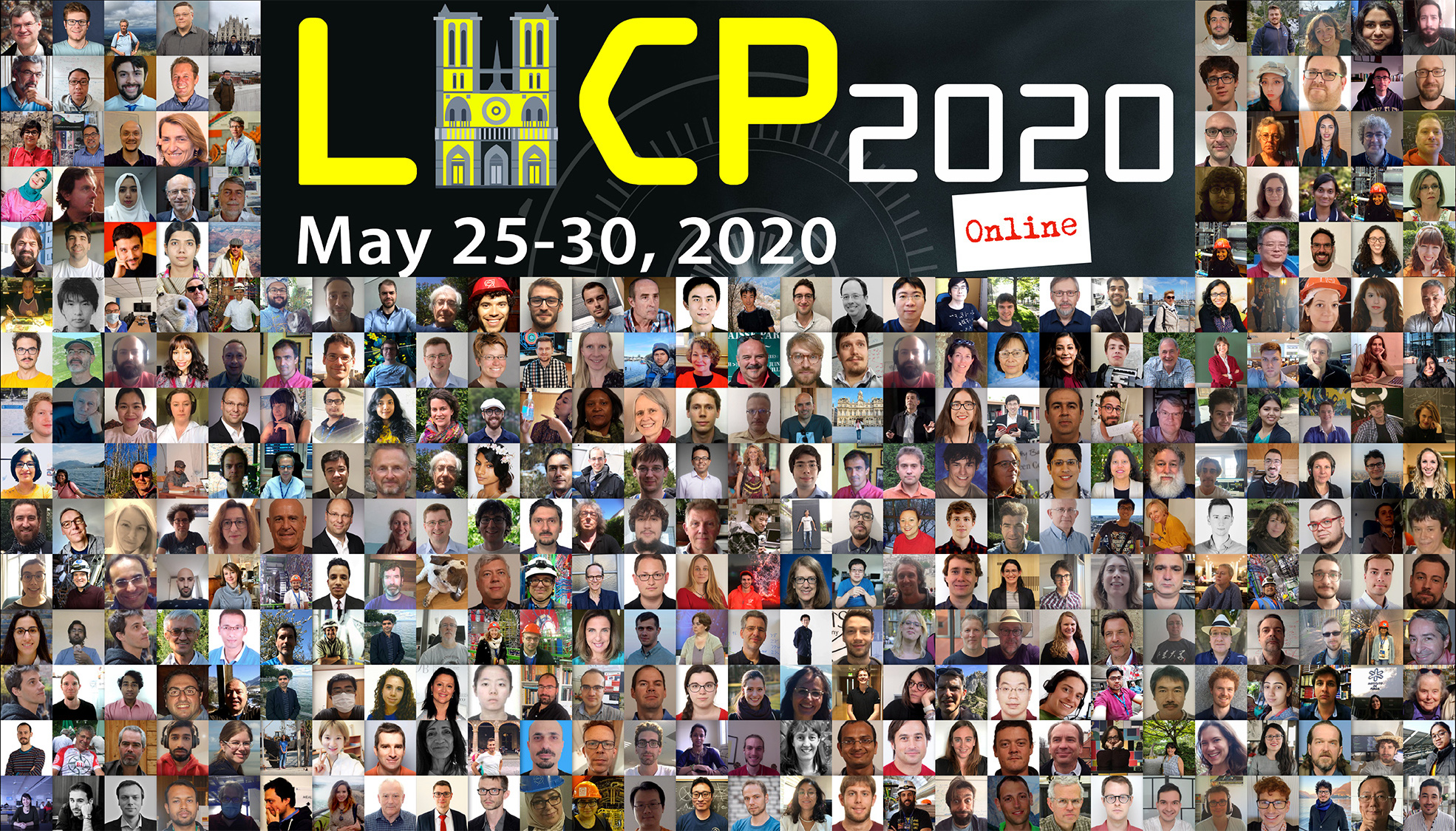 The eighth Large Hadron Collider Physics (LHCP 2020) conference concluded today, 30 May, in Zoom rooms around the world. Instead of descending on Paris to meet, particle physicists held the conference fully online for the first time. As a result, LHCP 2020 welcomed some 1300 registered participants – nearly triple its previous record of attendance.

Physicists learned to raise virtual hands to ask questions and substituted coffee-break discussions with dedicated Zoom breakout rooms. Poster sessions took place with pre-recorded three-minute videos by the presenters and dedicated breakout rooms for Q&A sessions. In all, 68 talks and posters were presented by members of the ATLAS Collaboration.

A bumper crop of new ATLAS results were prepared for the conference covering a broad range of topics, from precise measurements of the Standard Model to novel searches for new physics. These new results probed the full dataset collected during Run 2 of the LHC (2015-2018) – a proven gold mine for ATLAS’ rich physics programme.

The ATLAS Collaboration probed the full dataset collected during Run 2 of the LHC (2015-2018) – a proven gold mine for ATLAS’ rich physics programme.

In particular, over a hundred million top-quark pairs were produced during Run 2. These top quarks predominantly decay into a bottom quark and a W boson. By carefully studying the properties of muons produced in decays of the W boson – either directly or via an intermediate tau-lepton – ATLAS physicists were able to perform a precise test of the universality of W boson decays into muons vs tau leptons. The measurement is compatible with universal couplings with a precision of 1.3%, thereby improving the previous best measurement from Large Electron Positron (LEP) collider, as seen in Figure 1. The new ATLAS result resolves a long-standing 2.7 standard deviation conflict with universality.

Our knowledge of the Higgs boson continues to make significant leaps, as physicists performed refined new measurements of its mass, production rate and properties. By extracting decays into four charged leptons (electrons or muons), ATLAS teams were able to measure the Higgs boson mass with an uncertainty below 210 MeV, amounting to a precision better than two per mille. In another result, physicists measured the Higgs-boson production rate in association with a W or Z boson for Higgs bosons decaying into a bottom-quark pair, featured as either a pair of b-tagged jets or a single large-radius jet in the detector. Figure 2 shows invariant-mass distributions for both analysis approaches. The latter improved ATLAS’ sensitivity to the production of Higgs bosons with high transverse momentum – these are of particular importance, as deviations from new physics are expected to show up most clearly at high momentum.

ATLAS physicists also measured the rare Higgs-boson production with an associated top-quark pair, decaying into the clean photon-pair channel. This new study led to a first test of the charge–parity (CP) structure of the interaction between top quarks and Higgs bosons. As a result, a fully CP-odd interaction could be excluded at the 3.9 standard deviation level. Finally, physicists observed a 2.2 standard deviation excess in their search for the rare Higgs-boson decay into a Z boson and a photon.

Alongside this plethora of Higgs-boson results came the announcement of exciting new insight into the top quark. The ATLAS Collaboration unveiled strong evidence for the production of four top quarks. To search for this rare process, physicists examined final states containing two charged leptons with the same charge or at least three charged leptons. The analysis used multivariate techniques, see Figure 3, to extract a signal with a significance of 4.3 standard deviations, corresponding to a production cross section of 24+7-6 fb. This is the rarest Standard Model process yet to be measured by ATLAS.

Another rare process first observed by ATLAS is the scattering of two photons in ultra-peripheral collisions of lead ions, often referred to as “light-by-light scattering”. In this type of collision, the large electric fields surrounding lead ions allow the LHC to turn itself into a photon collider. For LHCP 2020, ATLAS physicists performed a refined new analysis of this process, studying the production rate as a function of the properties of the two photons observed in the detector. In particular, they measured the invariant mass of the photon pair, allowing them to test for new-physics predictions and search for axion-like particles (dark matter candidates). As a result, the strongest constraints to date were set on the production of these particles in the mass range between 6 and 100 GeV.

The ATLAS Collaboration also reported a host of searches for new particles and phenomena. In many of these, an increased sensitivity was achieved not only thanks to the large data sample, but also owing to novel approaches and improvements in the reconstruction and identification of experimental signatures – such as jets originating from bottom quarks, top quarks, W or Z bosons, or even Higgs bosons.

In the face of the global crisis, the LHCP 2020 conference proved a successful first virtual reunion for LHC experiment colleagues and members of the theory community. As the exploration of the Run 2 dataset continues, there will be many more interesting results to come.