"The ATLAS Collaboration is proud to make public these data for advanced learning," says Karl Jakobs, ATLAS Spokesperson. “Our high-energy collision open data, recorded during the second run of the LHC, provide insight into the real world of particle-physics analysis. Students, scholars and interested publics will be able to reproduce ATLAS physics results in a fully realistic manner, understanding for themselves the fascinating study of Nature at its deepest level.”

The ATLAS Collaboration makes public 10 inverse femtobarns (fb–1) of the 13 TeV data. For context, this corresponds to about 1 quadrillion proton-proton collisions (that’s 1 followed by 15 zeros), or 500 thousand produced Higgs bosons. It is also approximately the same amount of data that the ATLAS Collaboration used to discover the Higgs boson in 2012. Explore ATLAS Open Data using the software and tools available here, or on the CERN Open Data Portal.

Alongside impressive new open datasets, the ATLAS Collaboration has also released new simulated datasets, web-based and offline analysis software, as well as extensive documentation and tutorials. “These are the tools of a particle physicist’s trade, allowing us to go from data-taking to physics measurements and eventually discovery,” says Arturo Sánchez Pineda, co-leader of the ATLAS Open Data team (University of Udine, ICTP and INFN, Italy). “Simulated datasets allow physicists to compare theory with real data. They are based on theoretical models of the expected physics processes taking place in the collisions, together with a detailed description of the ATLAS detector. By providing such resources, we hope to empower students, professors and dedicated self-learners worldwide to learn and teach experimental particle physics, as well as the computer science behind the field.”

One of the most exciting features of the new ATLAS Open Data release is its ability to put learners in the role of the ‘discoverer’. “For the first time, students will be able to ‘re-discover’ the Higgs boson (in three different decay channels) and can even search through the data for physics beyond the Standard Model, such as Dark Matter,” explains Kate Shaw, co-leader of the ATLAS Open Data team (University of Sussex, UK). “These new avenues for study will greatly enhance understanding of the experimental side of data analysis - a particular advantage for budding researchers.”

The ATLAS Open Data team worked closely with students and teachers during the development, carefully curating the release to ensure that students get the best educational experience straight out of the box. “We wanted to build upon our experience with the 8 TeV open data release by providing more complex physics analyses for study and shortening the required setup process,” says Leonid Serkin of the ATLAS Open Data team (University of Udine, ICTP and INFN, Italy). “This time, students can access the datasets, write analysis code and begin producing results within minutes with the help of cloud computing and tools such as the CERN ROOT analysis framework. The millions of independent 13 TeV collision events can thus be analysed from almost any commercial computer.”

Every year, hundreds of students on every continent explore ATLAS Open Data as part of their curriculum. Their scope can range from one-day high-school projects to in-depth analyses for their Master’s thesis.*

For example, at the University of Montréal, Canada, Jean-François Arguin uses ATLAS Open Data to reproduce a more realistic research environment for his second-year undergraduate students. “It makes a welcome change from learning from books, which is how physics is traditionally taught,” he explains. “Using ATLAS Open Data, the students spend three weeks recreating the major particle discoveries of the late twentieth century: the Z boson, W boson and top quark. The process develops their skills as researchers, which are not always correlated to the ones they develop through traditional courses.”

Preparing students for research work is also an important part of Lund University’s (Sweden) programme. There, Else Lytken and Caterina Doglioni divide their undergraduate students into mini-analysis groups, each focusing on one ATLAS Open Data analysis. “An important part of this course is the reconstruction and identification of particles, as well as the understanding of analysis strategies,” says Lytken. “ATLAS Open Data plays a key role in introducing students to these concepts while letting them ‘feel like a physicist’.”

Now, students and teachers turn their eyes to the possibilities of 13 TeV. “The students can’t wait to get their hands on a Higgs boson,” adds Doglioni. “It’s an incredibly exciting prospect: to follow the steps of that famed discovery, using real data from the experiment that found it.”

While the world takes its first look at 13 TeV open data, the ATLAS Collaboration is already preparing its next release of educational content. Look forward to more tools, tutorials and analyses to be published this year, as the ATLAS Open Data project continues to grow. 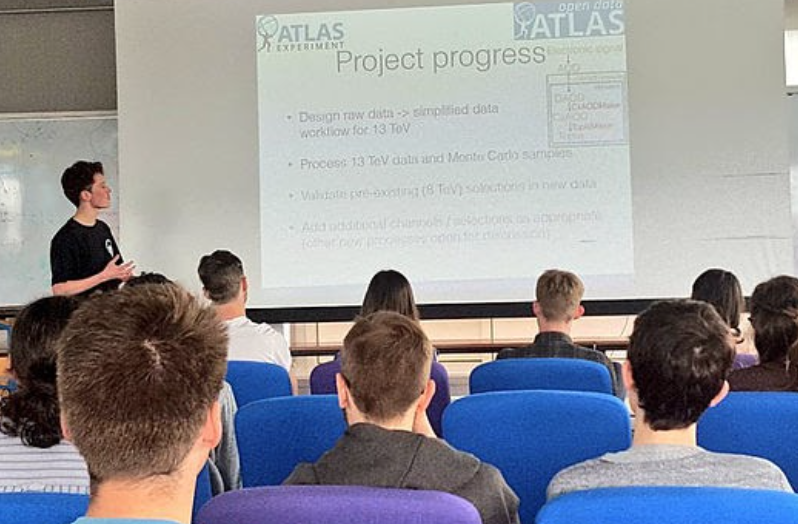 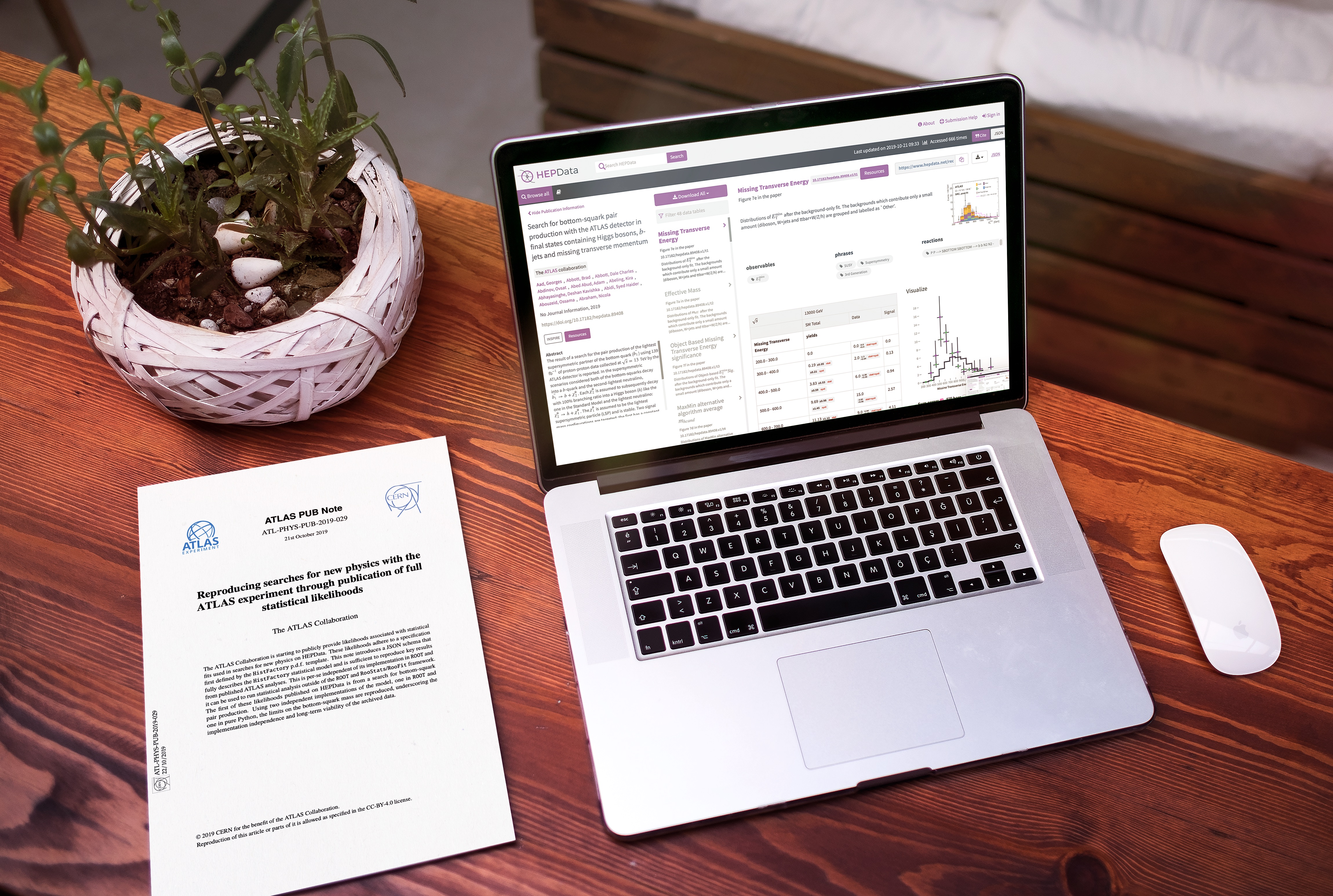