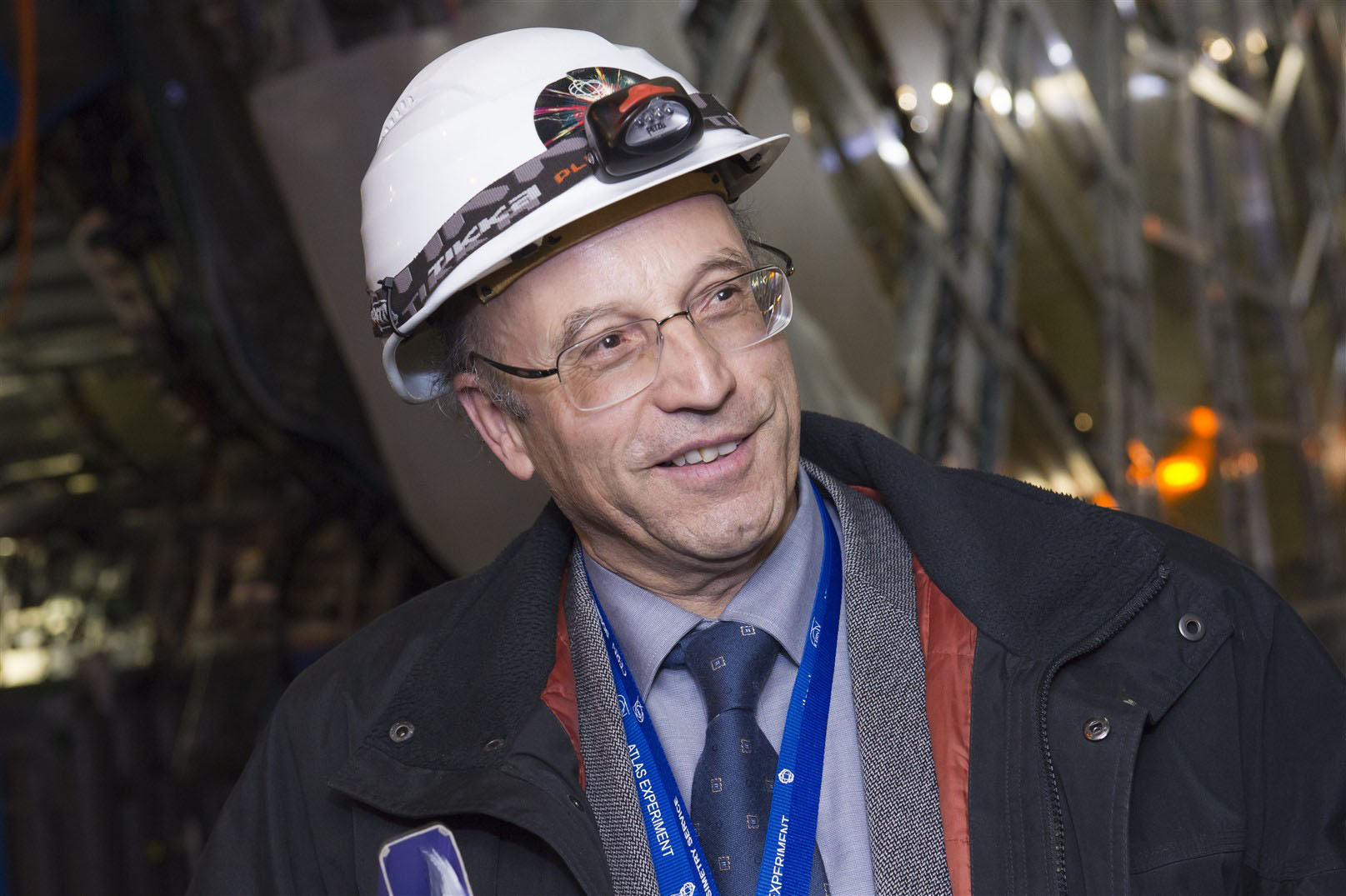 Peter Jenni, Swiss, borne in 1948, obtained his Diploma for Physics at the University of Bern in 1973 and his Doctorate at the Swiss Federal Institute of Technology in Zürich (ETHZ) in 1976.

He participated in CERN experiments at the SC (1972/3), at the PS (1974/6), and at the ISR (1976/7). During 1978/9, he was a Research Associate at the SLAC, USA. He became a CERN staff in 1980 with the UA2 experiment at the SPS proton-antiproton collider (major involvement in the discoveries of jets and the W/Z bosons). His strong interest and activities were with the LHC since the beginning in 1984. From 1991 the main activities concentrated on the informal spokespersonship of an LHC proto- Collaboration. After the merging into ATLAS of ASCOT and EAGLE in 1992, he acted as informal Co- Spokesperson with Friedrich Dydak until 1995. In 1995, after approval ATLAS, he was elected ATLAS Spokesperson. He was re-elected several times and retired from this duty in February 2009.

He has served on, and still is member of, numerous international science advisory committees and strategy fora in different regions of the globe.

Since his formal retirement as a CERN Senior Research Staff (April 2013), he is a Guest Scientist and Honorary Professor with the Albert-Ludwigs-University Freiburg, Germany.

Peter received (or shared) among others the Swiss Greinacher Prize (1998), the Slovak gold medal of the Comenius University (1999), the Czech Charles University memorial silver medal (2001), the Czech AS Mach Honorary Medal (2012), and the German Julius-Wess-Award (2013). He also received a share of the Special Fundamental Physics Prize (2013), of the HEPP Prize of the European Physical Society (2013) and of the Panofsky Prize of the American Physical Society (2017). He has honorary PhD degrees from the universities of Stockholm, Copenhagen, ETH Zurich, PUC Santiago de Chile, Nova Gorica, Bern, Aix-Marseille, Tbilisi, and the Weizmann Institute. He is also an Honorary Professor at USTC Hefei. See also http://en.wikipedia.org/wiki/Peter_Jenni.