ATLAS explores a range of physics topics, with the primary focus of improving our understanding of the fundamental constituents of matter.

What are the basic building blocks of matter?

The Standard Model describes the elementary subatomic particles of the universe which have been experimentally seen. ATLAS studies these particles and searches for others to determine if the particles we know are indeed elementary or if they are in fact composed of other more fundamental ones. 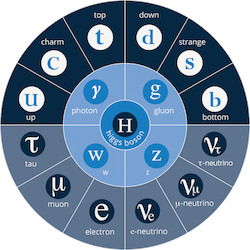 What are the forces that govern their interactions?

The Standard Model also describes the fundamental forces of Nature and how they act between fundamental particles. Possible discoveries at the LHC could validate models, such as those incorporating Supersymmetry, where the forces unify at very high energies. 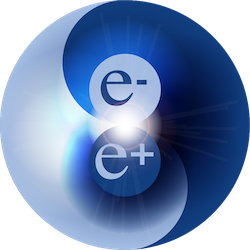 What happened to antimatter?

By searching for imbalances in the production of matter and antimatter, we seek to understand why our universe appears to comprise only matter. 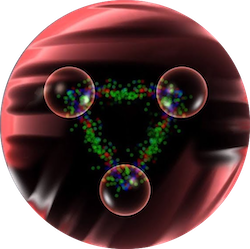 What is “dark matter”?

Astronomical measurements support the existence of matter that cannot be directly seen. The hermetic construction of ATLAS, however, makes it possible to search for this “dark matter”. 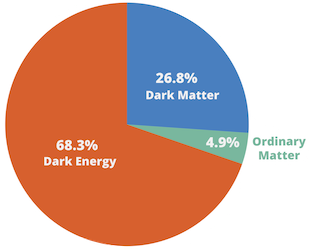 What was the early universe like and how will it evolve?

Proton-proton and heavy-ion collisions delivered by the LHC recreate the conditions immediately following the Big Bang when the Universe was governed by high-energy particle physics and later by a primordial soup of quarks and gluons, and allow ATLAS to study fundamental questions such as the Brout-Englert-Higgs field or Dark Matter. 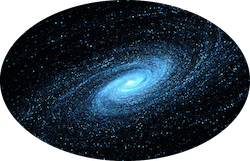 How does gravity fit in?

Gravity is extremely weak when compared to the other forces. To explain the difference we look for such exotic phenomena as extra dimensions, gravitons, and microscopic black holes.

Perhaps the most exciting aspect of the ATLAS physics programme is our ability to explore and discover new phenomena beyond existing theoretical predictions: the search for the unknown.

What is the Higgs boson and why does it matter?

Physicists describe particle interactions using the mathematics of field theory, in which forces are carried by intermediate particles called bosons. Photons, for example, are bosons carrying the electromagnetic force. In 1964, the only mathematically consistent theory required bosons to be massless. Yet, experiment showed that the carriers of the weak nuclear interaction – the W and Z bosons – had large masses. To solve this problem, three teams of theorists: Robert Brout and François Englert; Peter Higgs; Gerald Guralnik, Carl Hagen, and Tom Kibble independently proposed a solution now referred to as the Brout-Englert-Higgs (BEH) mechanism.

Learn more about the Higgs boson