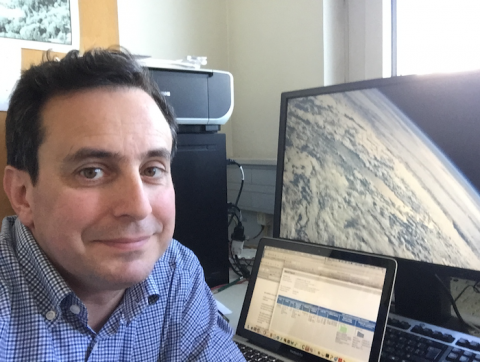 Saverio D’Auria graduated in Bologna in 1989 with a master thesis on the vertex tracker for the ZEUS experiment at the HERA accelerator, in Hamburg. He has obtained a PhD from the University of Bologna for research on using Gallium Arsenide crystals to detect radiation, for particle physics and medical imaging. Since then, he has worked as a post-doc and then as a researcher at the University of Glasgow (UK) and Trieste/Udine (Italy), developing pixel detectors for ATLAS and for medical imaging. In 1999, he re-joined the U. of Glasgow team to participate in Run 2 of the CDF experiment at

An insider view of the "marten affair"

Friday morning, 29 April 2016: what was expected to be a productive shift turned out to be very different.

An insider view of the "marten affair" ...