From ATLAS Around the World: African horizons

Greetings from, well CERN actually, I’m writing this while on a short trip here in order to attend two ATLAS meetings. One of these is focused on the physics and performance of our ATLAS detector after the two-year shutdown and the other focused on plans and improvements needed for the next shutdown in 2018. It’s great being back at CERN and being able to immerse myself in the tangible atmosphere of excited anticipation for the first collisions at 13 TeV this June.

I am a South African, usually based in Durban — a city currently afflicted with xenophobically motivated riots and rolling blackouts. Being at CERN is really a different world right now, to a greater extent than usual. South Africa has been officially represented on ATLAS since 2010 (co-incidentally the year that I joined the experiment as a post-doctoral fellow for the University of Witwatersrand group), and is now a cluster of three institutes: University of Witwatersrand (Wits), University of Johannesburg (UJ) (both in Johannesburg), and University of Cape Town (UCT).

During the shutdown the ATLAS community in South Africa has continued to grow, and been particularly busy with both analysis and detector development activities. To give you an idea, a small subset of our activities includes: Wits inaugurating their high-throughput laboratory which is developing electronic components that can quickly process large volumes of data, and is currently focused on upgrades to the hadronic calorimeter readout electronics (particularly the ADC daughter board for the TileCal test stand which was designed and manufactured by South Africa); UJ developing local resources in order to perform radiation damage tests using our neutron facilities (we have reactor neutrons, and a neutron beam); and UCT investigating the use of ARM (mobile device) processors as a low cost alternative on which we can execute our software.

The Centre for High Performance Computing has made strides towards becoming a Tier-2 ATLAS (and ALICE) Grid site which is important since we’re one of the more remote locations collaborating on the LHC.

The Centre for High Performance Computing has made strides towards becoming a Tier-2 ATLAS (and ALICE) Grid site which is important since we’re one of the more remote locations collaborating on the LHC. In terms of building local expertise we have had many schools and workshops. The highlight of these was the 3rdinstalment of the Kruger International Workshop on Discovery Physics at the LHC, where our students were able to highlight their work and interact with leaders in the field chosen to represent their collaborations or, in the case of theorists, themselves. We’ve run both high level (The Chris Engelbrecht School), and introductory (International Workshop on Hot and Dense Nuclear and Astrophysical Matter ) schools for students, as well as a student focused conference (HEPP).

Some of us have been part of the effort to wrap up analyses from the 7 TeV and 8 TeV data including: Higgs boson production rates where the Higgs decays to two photons [1] [2] and Observation of the Higgs boson coupling to tau final states [3].

In addition to continuing this effort during Run 2 of the LHC we have also been investigating and planning new analyses for LHC Run 2, including both searches for well motivated but unobserved models of new physics, and extending current analyses to higher precision in order to test our understanding of the interactions that we are already aware of.

While at CERN, besides staying informed on things like the status of our simulation effort, flavour tagging, and planning for the next shutdown by trying to pick the best technology for different layers of the new tracker, it’s been great to see the local South African contingent – which reminds me – it’s time to run across to P1 and meet with the engineering students working on the NSW assembly…Sala kahle (Stay well).

Okay, actually let’s end with a gratuitous picture of a giraffe (taken at the 2014 Kruger Workshop on Discovery Physics at the LHC): 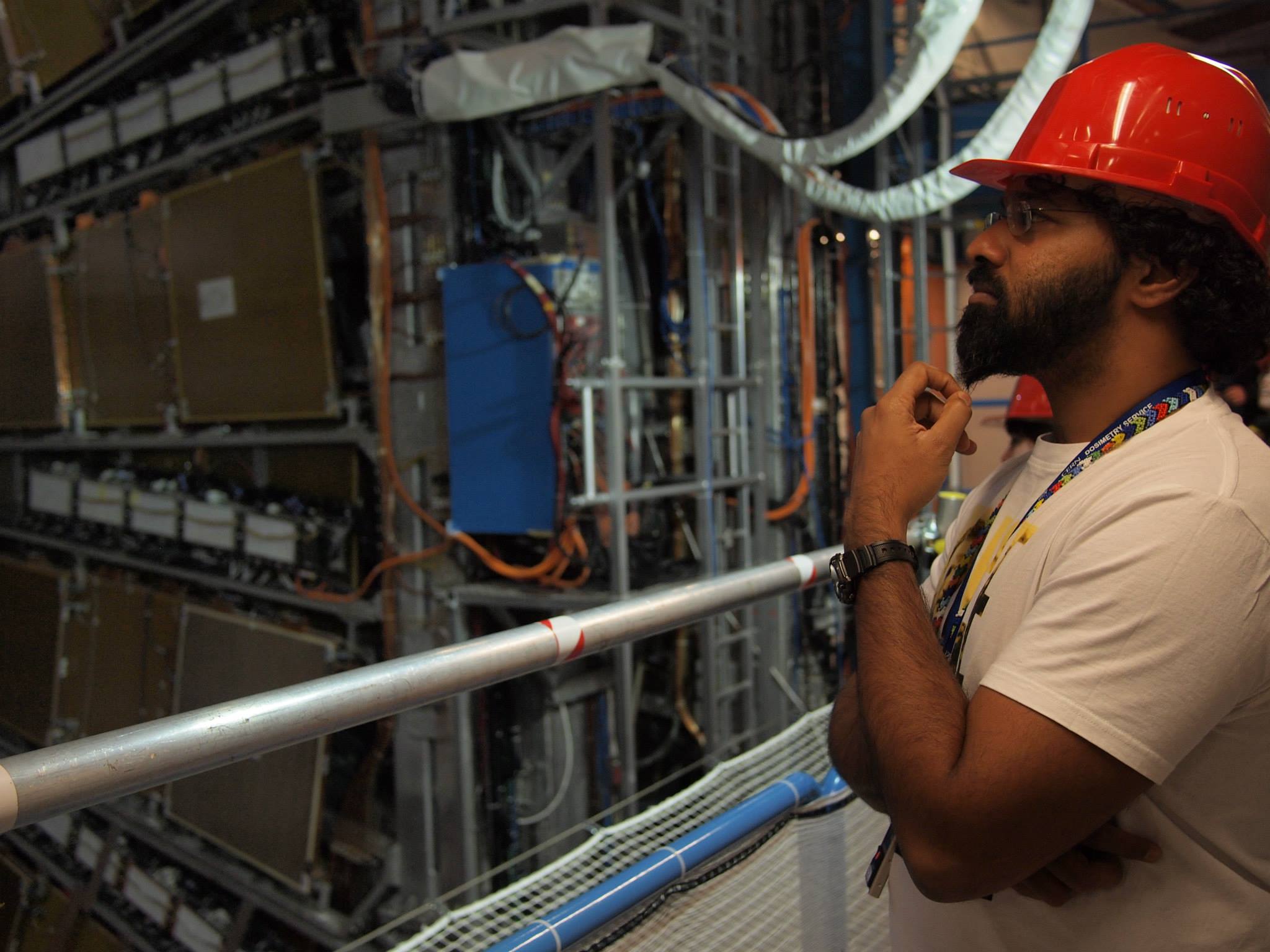 Sahal Yacoob is a lecturer at the University of Cape Town in South Africa (well, from July 2015 he will be). Sahal has been on ATLAS since 2010, and moved back to South Africa in 2012. He has worked on various tau-related analyses.