From ATLAS Around the World: A view from Down Under

While ATLAS members at CERN were preparing for Run 2 during ATLAS week, and eagerly awaiting the beam to re-circulate the LHC, colleagues “down under” in Australia were having a meeting of their own. The ARC Centre of Excellence for Particle Physics at the Terascale (CoEPP) is the hub of all things ATLAS in Australia. Supported by a strong cohort of expert theorists, we represent almost the entirety of particle physics in the nation. It certainly felt that way at our meeting: more than 120 people participated over five days of presentations, discussions and workshops. Commencing at Monash University, our youngest researchers were exposed to a one and a half day summer school. They then joined their lecturers on planes across the Bass Strait to Tasmania where we held our annual CoEPP general meeting.

CoEPP comprises ATLAS collaborators from the University of Adelaide, University of Melbourne and University of Sydney, augmented by theory groups, and joined by theory colleagues from Monash University. CoEPP is enhanced further by international partnerships with investigators in Cambridge, Duke, Freiburg, Geneva, Milano and UPenn to help add a global feel to the strong national impact.

Ongoing work was presented on precision studies of the Higgs boson, with a primary focus on the process where the Higgs is produced in association with a top-antitop quark pair (ttH) in the multilepton final state and the process where the Higgs decays into two tau leptons (H->tautau). Published results were shared along with some thoughts on how these analyses may proceed looking forward to Run 2. Novel techniques to search for beyond Standard Model processes inSupersymmetry and Exotica were discussed along with analysis results from Run 1 and prospects for discovery for various new physics scenarios. CoEPP physicists are also involved in precision measurements of the top-antitop (ttbar) cross-section and studies of the production and decay of Quarkonia, “flavourless” mesons comprised of a quark and its own anti-quark (Charmonium for instance is made up of charm and anti-charm quarks). It wasn’t just ATLAS physics being discussed though, with time set aside to talk about growing involvement in the plans to upgrade ATLAS (including the trigger system and inner detector) and how we can best leverage national expertise to have a telling impact.

A dedicated talk to outline our national research computing support for ATLAS proved very helpful to many people new to the Australian ATLAS landscape.

I was happy to spend time with colleagues from our collaborating institutes and also to meet the new cohort of students/postdocs and researchers who have joined us over the past year. It dawns on me how the Australian particle physics effort is growing, and how we are attract some of the brightest minds to the country. It is exciting to see the expansion and to be able to play a part in growing an effort nationally. The breadth of Australia’s particle physics involvement was demonstrated with a discussion of national involvement in Belle-II and the exciting development of a potential direct dark matter experiment to be situated in Australia at the Stawell Underground Physics Laboratory. The talks rounded out a complete week of interesting physics, good food, a few drinks and a lot of laughs.

As this was the first visit to Hobart for many of us it was particularly pleasing that the meeting dinner was held at the iconic Museum of Old and New Art (MONA), just outside the centre of the city. It proved a fitting setting to frame the exciting discussion, new and innovative ideas, and mixture of reflection and progression that the week contained. Although Australia’s ATLAS members are some of the farthest from CERN there is considerable activity and excitement down under as we plan to partake in a journey of rediscovery of the Standard Model at a new energy, and to see what else nature may have in store for us. 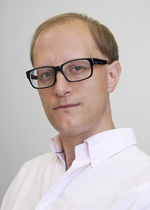 Paul Jackson works in the Department of Physics at the University of Adelaide. His first involvement with ATLAS was in 2004, working on the construction of the optoboards of the pixel detector. He spent several years based at CERN during Run 1 before moving to Australia to start a new group in Adelaide. Dr Jackson receives funding from the Australian Research Council under the Future Fellowship scheme. He is affiliated with the ARC Centre of Excellence for Particle Physics and the Terascale and is the recipient of a 2015 Australia-Harvard Fellowship.