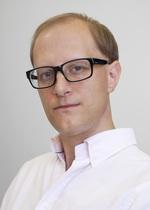 Paul Jackson works in the Department of Physics at the University of Adelaide. His first involvement with ATLAS was in 2004, working on the construction of the optoboards of the pixel detector. He spent several years based at CERN during Run 1 before moving to Australia to start a new group in Adelaide. Dr Jackson receives funding from the Australian Research Council under the Future Fellowship scheme. He is affiliated with the ARC Centre of Excellence for Particle Physics and the Terascale and is the recipient of a 2015 Australia-Harvard Fellowship.

From ATLAS Around the World: A view from Down Under

While ATLAS members at CERN were preparing for Run 2 during ATLAS week, and eagerly awaiting the beam to re-circulate the LHC, colleagues “down under” in Australia were having a meeting of their own. The ARC Centre of Excellence for Particle Physics at the Terascale (CoEPP) is the hub of all things ATLAS in Australia.

From ATLAS Around the World: A view from Do...