Is there life after physics?

Exploring the careers of physicists post-physics

Am I going to dedicate my entire life to high-energy physics? Am I qualified to work in another field, if I wish to? These are questions we may ask ourselves as we near the end of a contract. On Tuesday 29 November, the four experiments, ATLAS, ALICE, CMS and LHCb, organized a meeting with some of their former physicists who had decided to take the plunge into the business world. In a crowded Main Auditorium, they discussed, over the course of almost three hours, their new lives and what they considered to be the skills high-energy physicists can boast about after working in the field.

The session started with a few words of introduction by Director-General Fabiola Gianotti, who highlighted the importance of this networking event, the aim of which was to help physicists find the best opportunities outside academia, to find the jobs that best fit their talents. Six former members of the four experiments gave presentations, and their talks were complemented by two roundtable discussions. The evening ended with a buffet, a good occasion to discuss freely with the speakers.

Their profiles were varied, from someone who had “only” completed a PhD to one who worked for 20 years in the high-energy physics field. Each of them had transformed their careers in a different way, and in different fields: consulting, banking, patents, health or artificial intelligence, and in companies with various sizes, from start-ups to multi-national companies.

Speaker Thibaut Mueller, for example, was part of the ATLAS collaboration between 2009 to 2014. His research was focused on supersymmetry and quantum gravity. From the age of 14, he had always wanted to be a physicist… until the day when he decided to change, and try something else. His career took him to McKinsey & Company, a consulting firm where he became project manager in the Geneva office. His experience at CERN allowed him to emphasize his technical expertise, as well as his skills in data analysis and communication.

During this career networking event, I sought to pick out what skills the speakers considered exceptional to people who have worked at the LHC experiments. I think it is possible to group these skills into three broad categories:

If we remember only one thing from this meeting, it should be that, working for the ATLAS experiment, and having completed a PhD, looks great on a CV. Indeed, it is a proof that the person has the qualities listed above. Of course, we must remain humble and conscious that having a PhD is not a guarantee that we will immediately get the job we want; but, at least, it is a guarantee of being heard.

According to the speakers, we should remain curious and open-minded, and be ready to learn. The business world is very demanding and often requires some skills that the research field does not develop. In addition, practise your skills like a concert pianist who regularly works on his pieces. Be able to define yourself precisely: are you a developer, or an expert in data analysis? And, last but not least, remain proud of yourself and ambitious. Don’t be afraid to embark on new adventures, even though you may meet failure. Also, don’t be too influenced by success stories, and be ready to tackle and solve problems.

Choosing between work at CERN or in the business world may not always be your decision. But, whatever the case, this event showed that you can switch between the two with ease, if you are motivated! 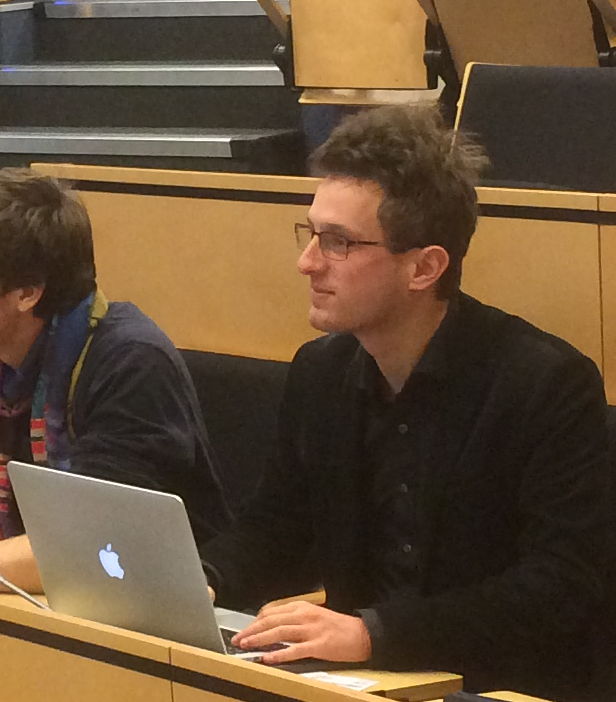 Gautier Depambour is an intern at CERN working for the ATLAS Outreach group and the ATLAS Machine Learning Forum (as a member of the LAL - Orsay, France). He is also a student at the French engineering school Centrale-Supelec and is currently on a placement year dedicated to science communication. He plays the piano as a hobby, and is a lover of classical music and jazz.