ATLAS Preparing for Collisions in Late-2009

The most recent schedule envisions beam reaching ATLAS in late November with low-energy collisions shortly thereafter. Already, beam has been circulated through half of the LHC. High-energy collisions (with a total energy of 7 TeV) will take place during the early months of 2010. Later in 2010, the energy is expected to be taken towards 10 TeV. This is exciting news for ATLAS and the other experiments. It means that within a year’s horizon ATLAS will have substantial data allowing full physics analyses and even a possibility of new discoveries.

The full ATLAS Experiment has been operational and taking cosmic ray data since September 2008. Now the ATLAS detector has been opened to allow work on improvements for the detector and maintenance work for cooling, electrical and ventilation infrastructure. In May the detector will be closed up again, and steps toward commissioning for data taking will begin. This will lead to the startup of operations, and the detector will be kept running and observing cosmic rays until LHC starts producing collisions in late 2009 or 2010.

Data from cosmic rays that hit the ATLAS detector are valuable to calibrate and synchronize the many detector elements. Even more exciting were the so-called “splash events” that occurred as the LHC was being tuned up starting 10 September 2008. During that time, beam was initially directed at beam collimators just outside the detector, so that a splash of particles would fill much of the detector allowing ATLAS experimenters to prepare the detector for actual running (and also producing some spectacular event images).

During the LHC tune-up period in September 2008, protons were inserted into LHC at the injection energy without any acceleration, and there were no collisions yet of the two counter-rotating beams of protons. The discovery physics run with high energy and colliding beams will occur when LHC restarts in late-2009. 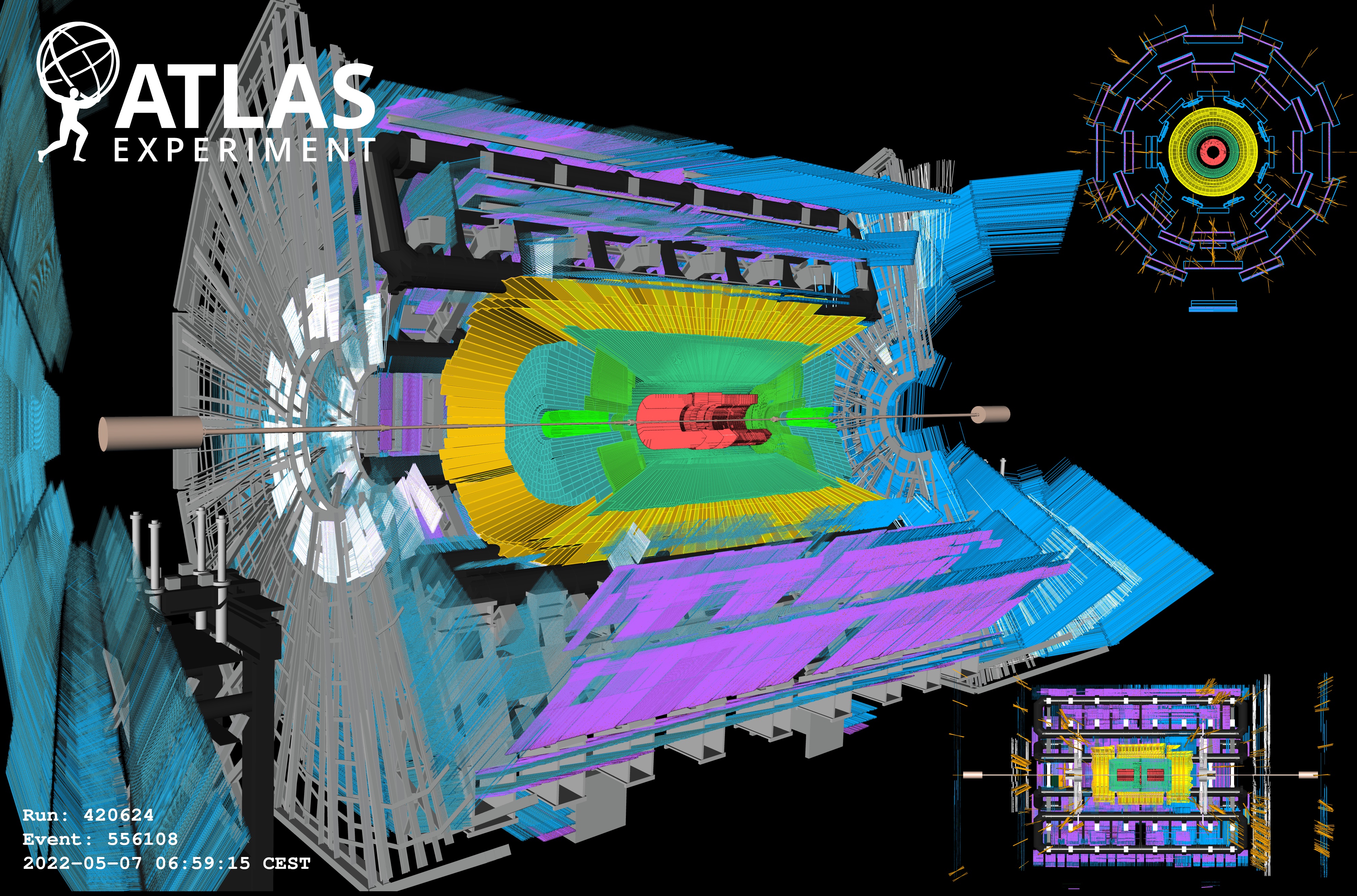