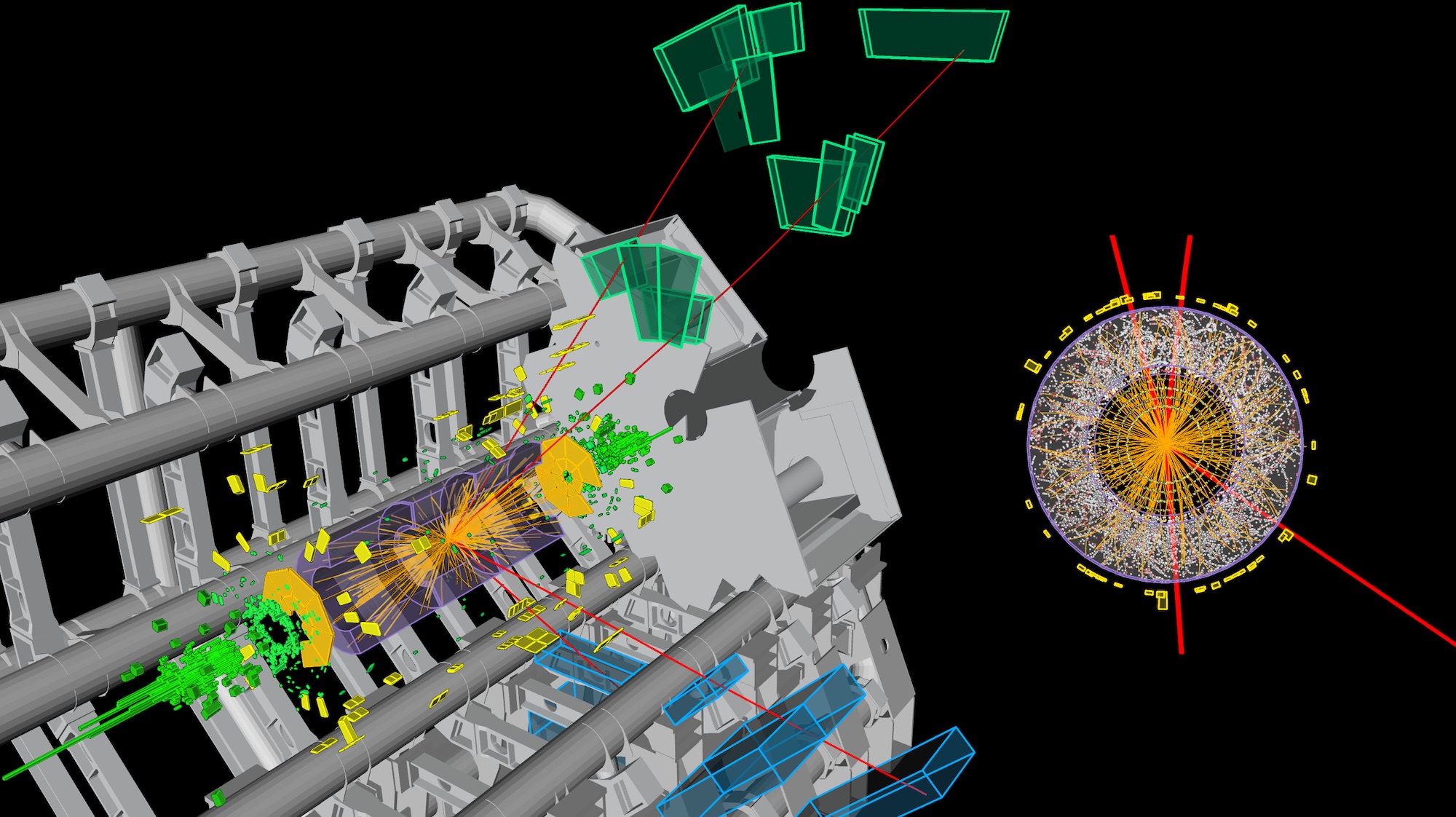 “Collaboration is really part of our organization’s DNA,” said CERN1 Director General Rolf Heuer. “I’m delighted to see so many brilliant physicists from ATLAS and CMS joining forces for the very first time to obtain this important measurement at the LHC.”

The Higgs boson decays into various different particles. For this measurement, results on the two decay channels that best reveal the mass of the Higgs boson have been combined (Higgs boson decaying to two photons and to 4 leptons, leptons being electron or muon here). Each experiment has found a few hundred events in the Higgs to photons channel and a few tens in the Higgs to leptons channel, using the data collected at the LHC in 2011 and 2012 at centre-of-mass energies of 7 and 8 TeV, having examined about 4000 trillion proton-proton collisions. The two collaborations worked together and reviewed the analyses and their combination. Experts of the analyses and of the different parts of the detectors that play a major role in this measurement were closely involved.

“The Higgs Boson was discovered at the LHC in 2012 and the study of its properties has just begun. By sharing efforts between ATLAS and CMS, we are going to understand this fascinating particle in more detail and study its behaviour,” said CMS spokesperson Tiziano Camporesi.

“CMS and ATLAS use different detector technologies and different detailed analyses to determine the Higgs mass. The measurements made by the experiments are quite consistent, and we have learnt a lot by working together, which stands us in good stead for further combinations,” said ATLAS spokesperson Dave Charlton.

The Standard Model does not predict the mass of the Higgs boson itself and therefore it must be measured experimentally. However, once supplied with a Higgs mass, the Standard Model does make predictions for all the other properties of the Higgs boson, which can then be tested by the experiments. This mass combination represents the first step towards a combination of other measurements of Higgs boson properties, which will involve also the other decays.

"While we are just getting ready to restart the LHC, it is admirable to notice the precision already achieved by the two experiments and the compatibility of their results. This is very promising for LHC Run 2,” said CERN Director of Research Sergio Bertolucci.

This result was achieved by bringing together physicists of the ATLAS and CMS collaborations, representing together more than 5,000 scientists from over 50 different countries.

Up to now, increasingly precise measurements from the two experiments have established that all observed properties of the Higgs boson, including its spin, parity and interactions with other particles are consistent with the Standard Model Higgs boson. With the upcoming combination of other Run 1 Higgs results from the two experiments and with higher energy and more collisions to come during LHC Run 2, physicists expect to increase even more the precision of the Higgs boson mass and explore in more detail the particle’s properties. During Run 2, they will be able to combine their results promptly and thus increase the LHC’s sensitivity to effects that could hint at new physics beyond the Standard Model.

About the event display: Candidate Higgs boson event from collisions between protons in the ATLAS detector on the LHC. From the collision at the centre, the particle decays into four muons (red tracks). 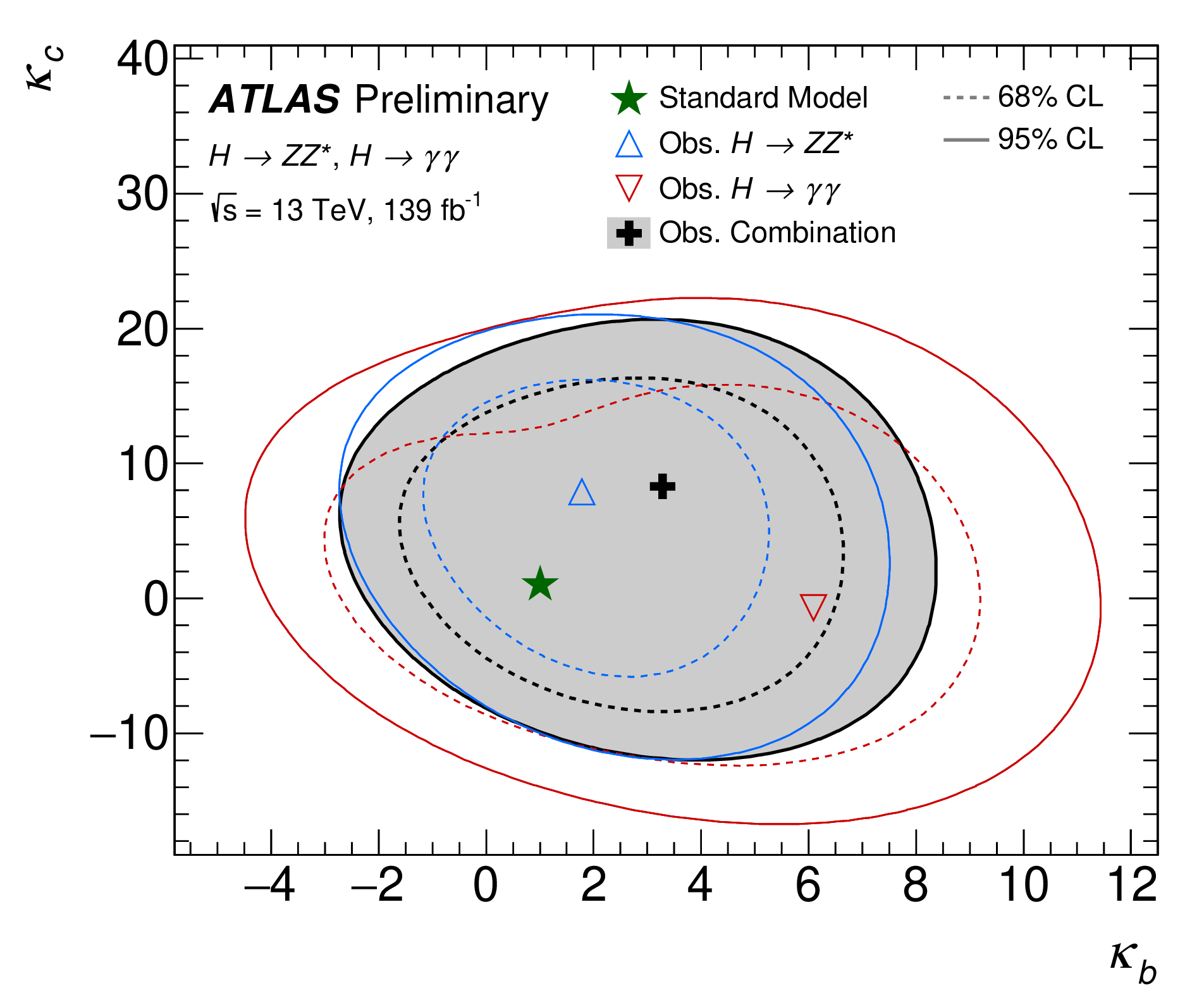 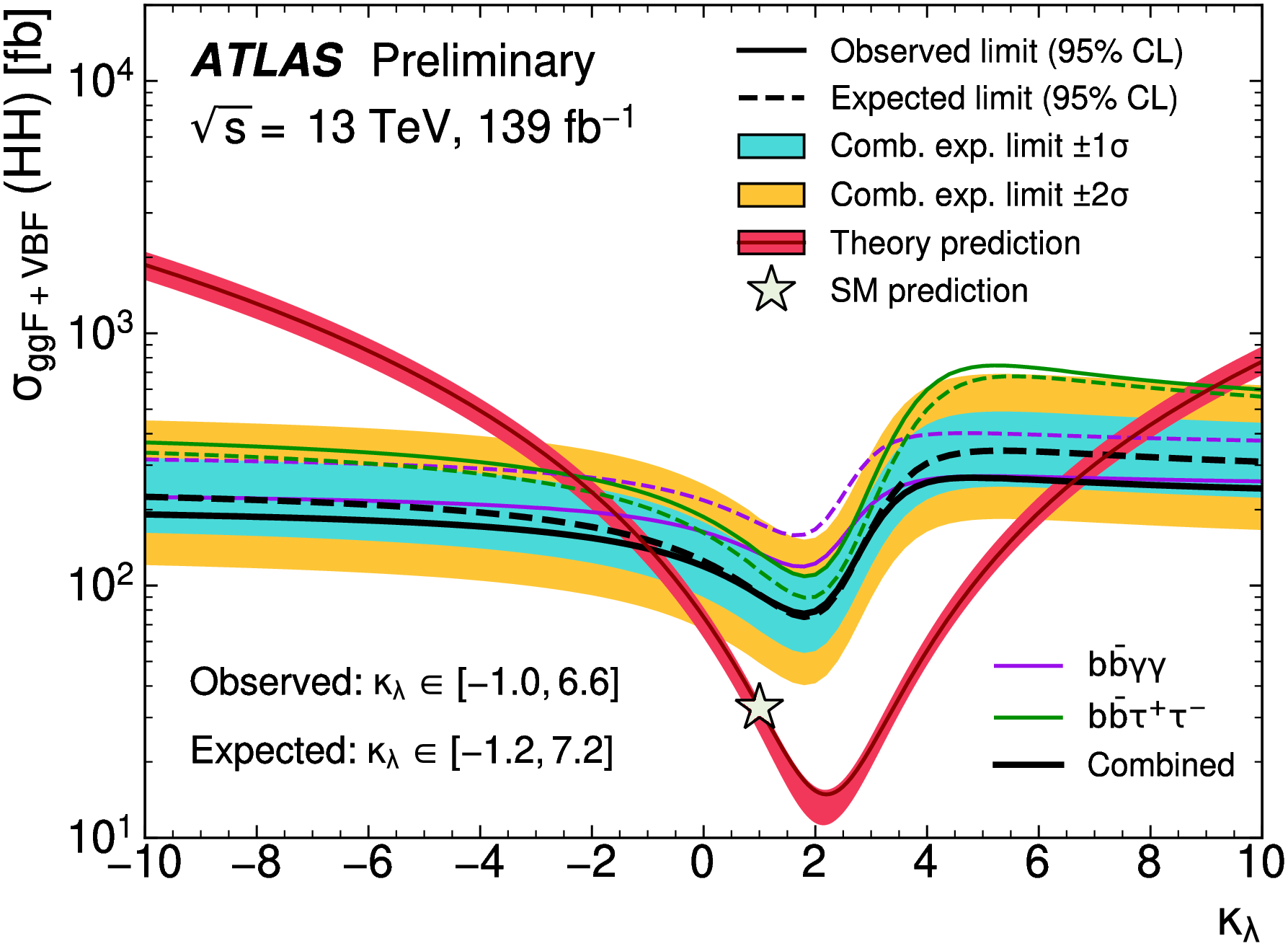 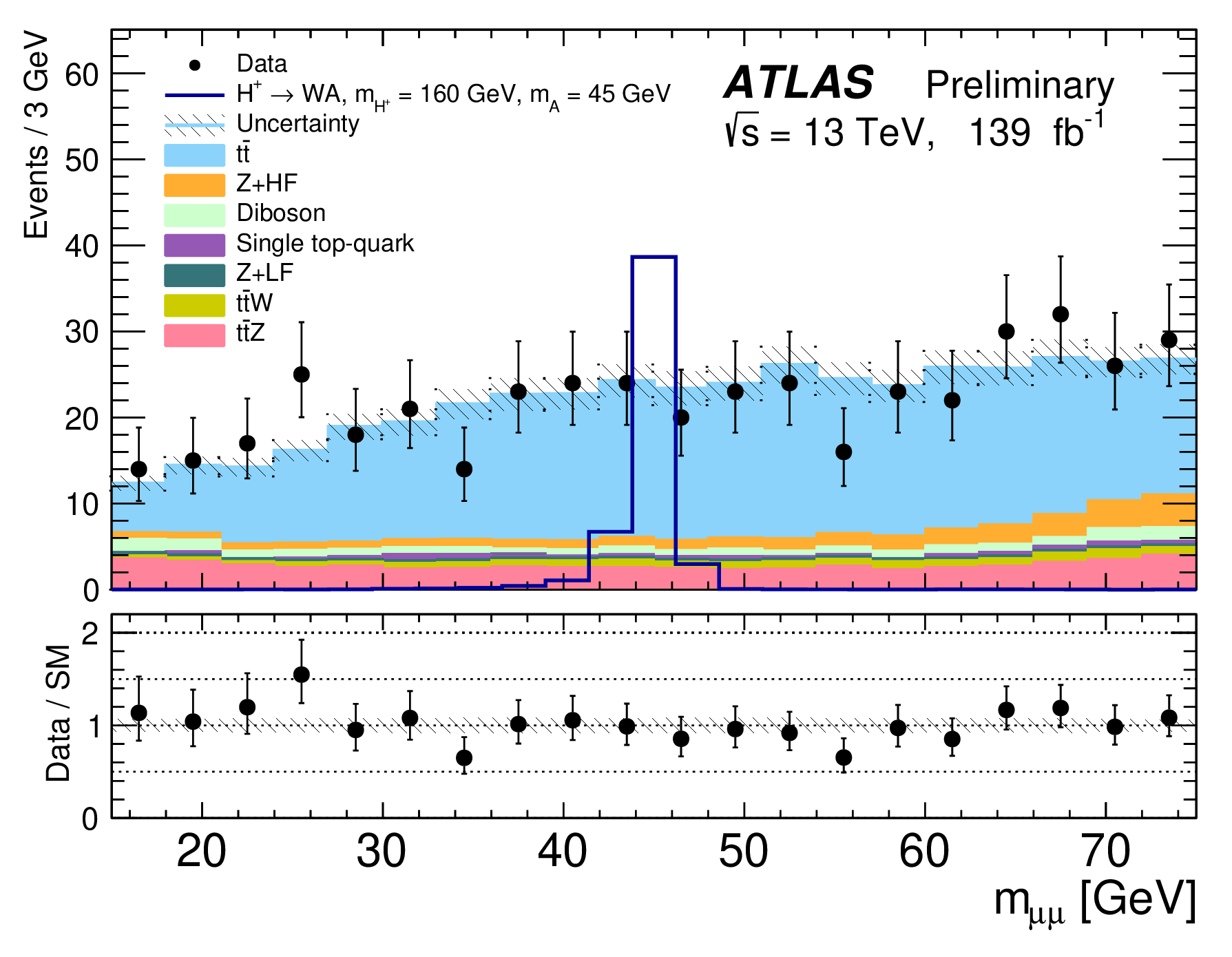