Special mention to ATLAS and CMS experiments for confirming existence of the BEH mechanism by discovering a Higgs boson.

On 8 October, the 2013 Nobel Prize in physics was awarded to Professors François Englert and Peter Higgs "for the theoretical discovery of a mechanism that contributes to our understanding of the origin of mass of subatomic particles, and which recently was confirmed through the discovery of the predicted fundamental particle, by the ATLAS and CMS experiments at CERN’s Large Hadron Collider". ATLAS and CMS physicists cheered the announcement at CERN and Marrakech, where ATLAS members were attending a collaboration meeting.

"The award of the Nobel Prize in Physics to Professors Englert and Higgs is richly deserved for their pioneering work a half-century ago: many, many congratulations to them! Their insights, together with the work of others, led us to the mechanism by which many particles gain mass. The discovery by ATLAS and CMS of a Higgs boson last year showed that their concept is realized in Nature, and is a triumph of global international scientific collaboration," said Dave Charlton, spokesperson of ATLAS.

"The CMS collaboration is very happy to see the 2013 Nobel Prize in Physics awarded to Professors Englert and Higgs for theoretical work that is key to our understanding of the weak nuclear force and the origin of mass," said Joe Incandela, spokesperson of CMS. "The timing of the prize is a wonderful testament to the quality and importance of the ATLAS and CMS discovery announced last year and the many measurements of the new boson's properties with much more data that were released this year."

ATLAS and CMS had jointly announced the discovery of a Higgs boson-like particle on 4 July last year in a special joint seminar at CERN and Melbourne, Australia.

Studies of the particle since then have revealed its properties to be consistent with the one predicted by Higgs. The Brout-Englert-Higgs (BEH) mechanism helps us understand how fundamental particles have mass. The BEH mechanism was first proposed in 1964 in two separate papers published independently. The first by Belgian physicists Robert Brout and François Englert, followed closely by British physicist Peter Higgs. Later, American physicists Gerald Guralnik and Carl Hagen together with their British colleague Tom Kibble contributed to the development of the idea, which is now an essential part of the Standard Model of particle physics. 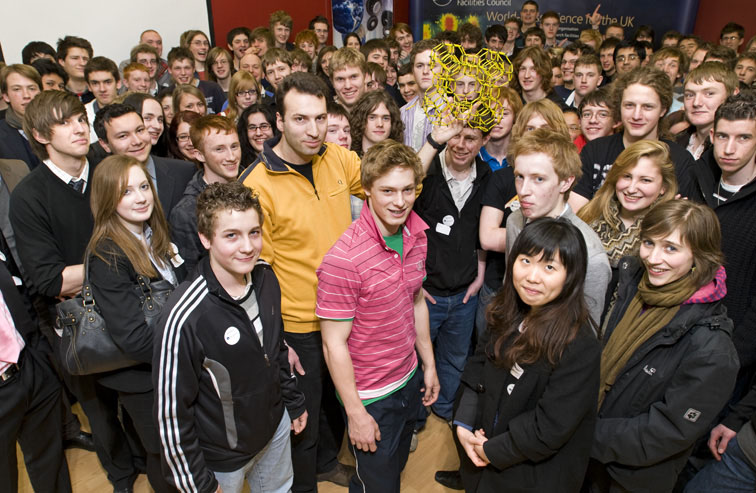 Higgs finds the Higgs at RAL