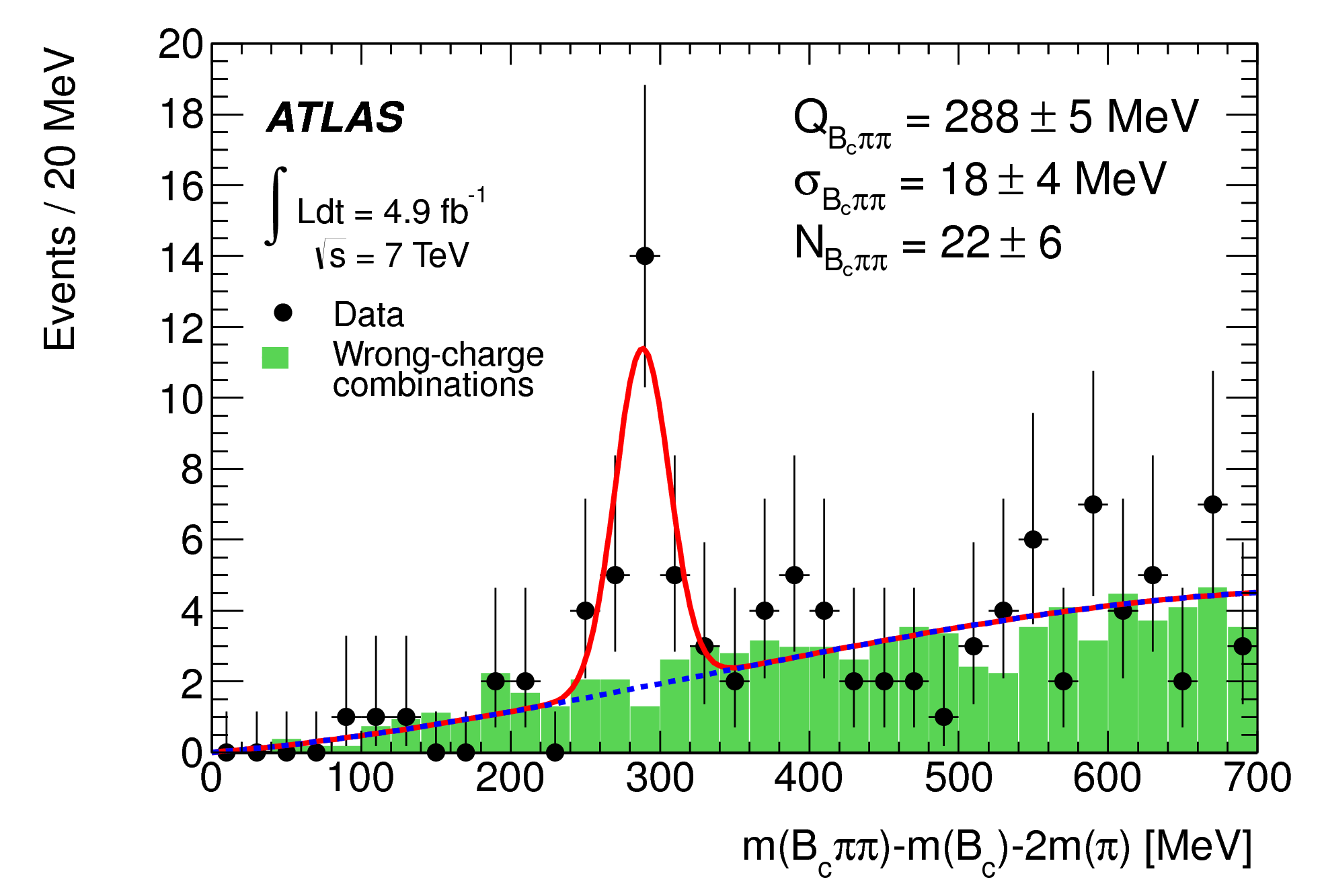 A new state of beauty and charm

ATLAS has observed a particle state of mass and decay properties consistent with expectations for an excited state of the Bc meson. The discovery follows analysis of the full 7 TeV and 8 TeV proton-proton collision data sets from the LHC’s first run. 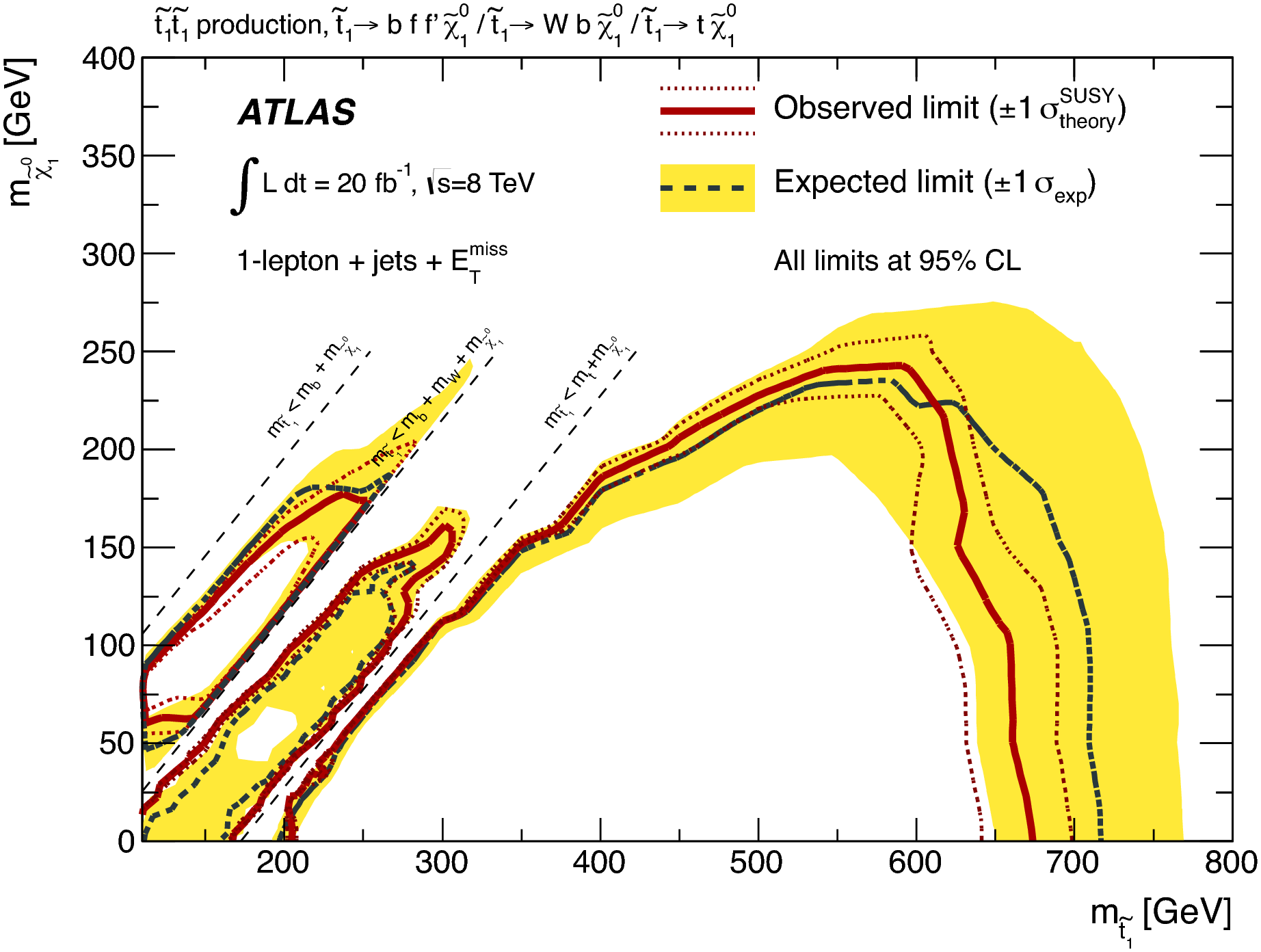 Hunting for the top squark

Completion of the analysis of 2012 data recorded by the ATLAS detector at the LHC’s collision energy of 8 TeV has significantly improved our capability of finding a supersymmetric partner of the top quark – also known as the top squark or the stop. 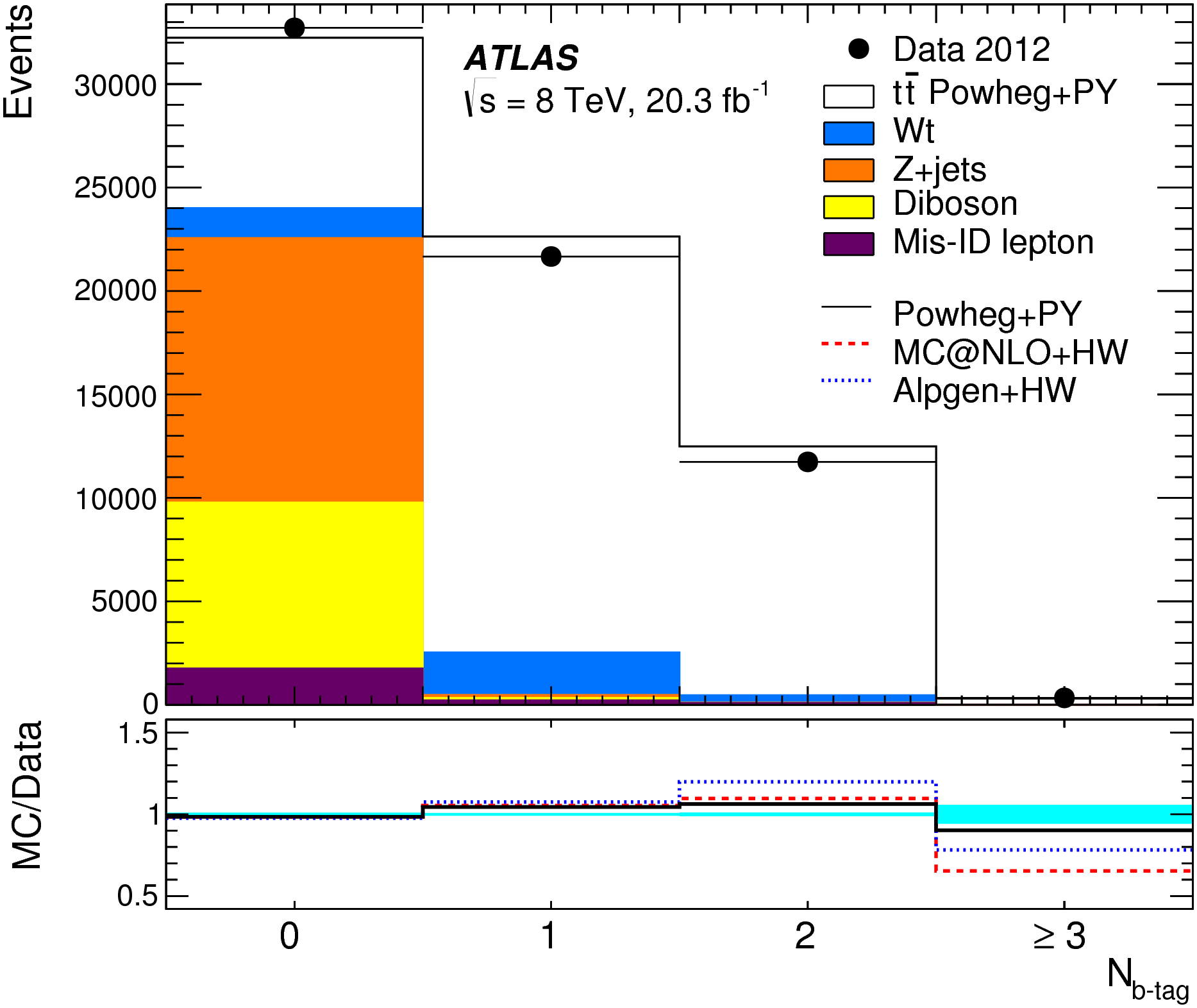 Measuring top production in the LHC

Using the full data sample from the LHC’s first run of proton-proton collisions, ATLAS has measured the production rate of top and anti-top quarks. 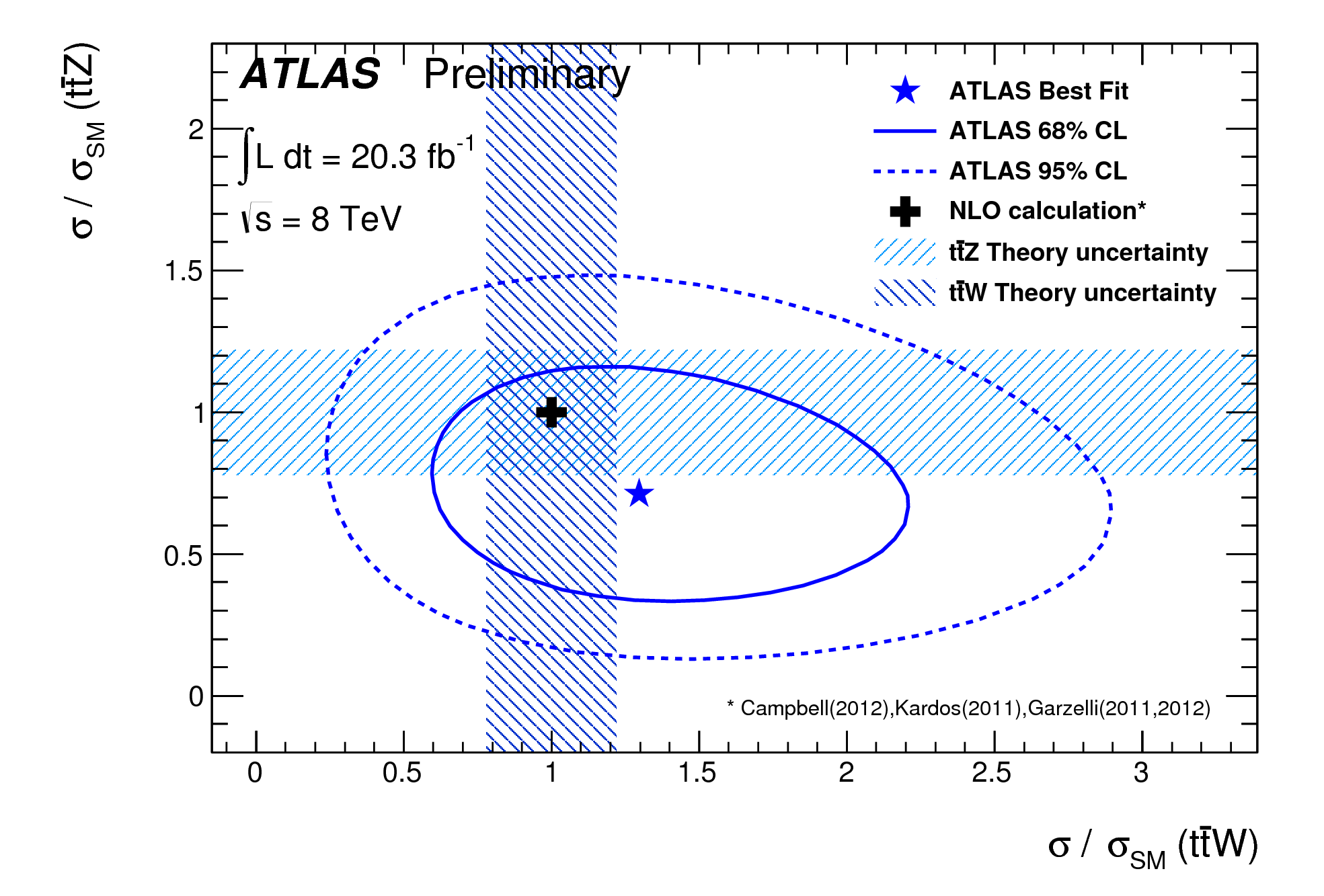 Evidence for the production of a W or Z boson together with a top quark pair, referred to as tt̄W and tt̄Z processes, has been found in the ATLAS analysis of the 8 TeV data from the LHC’s first run. 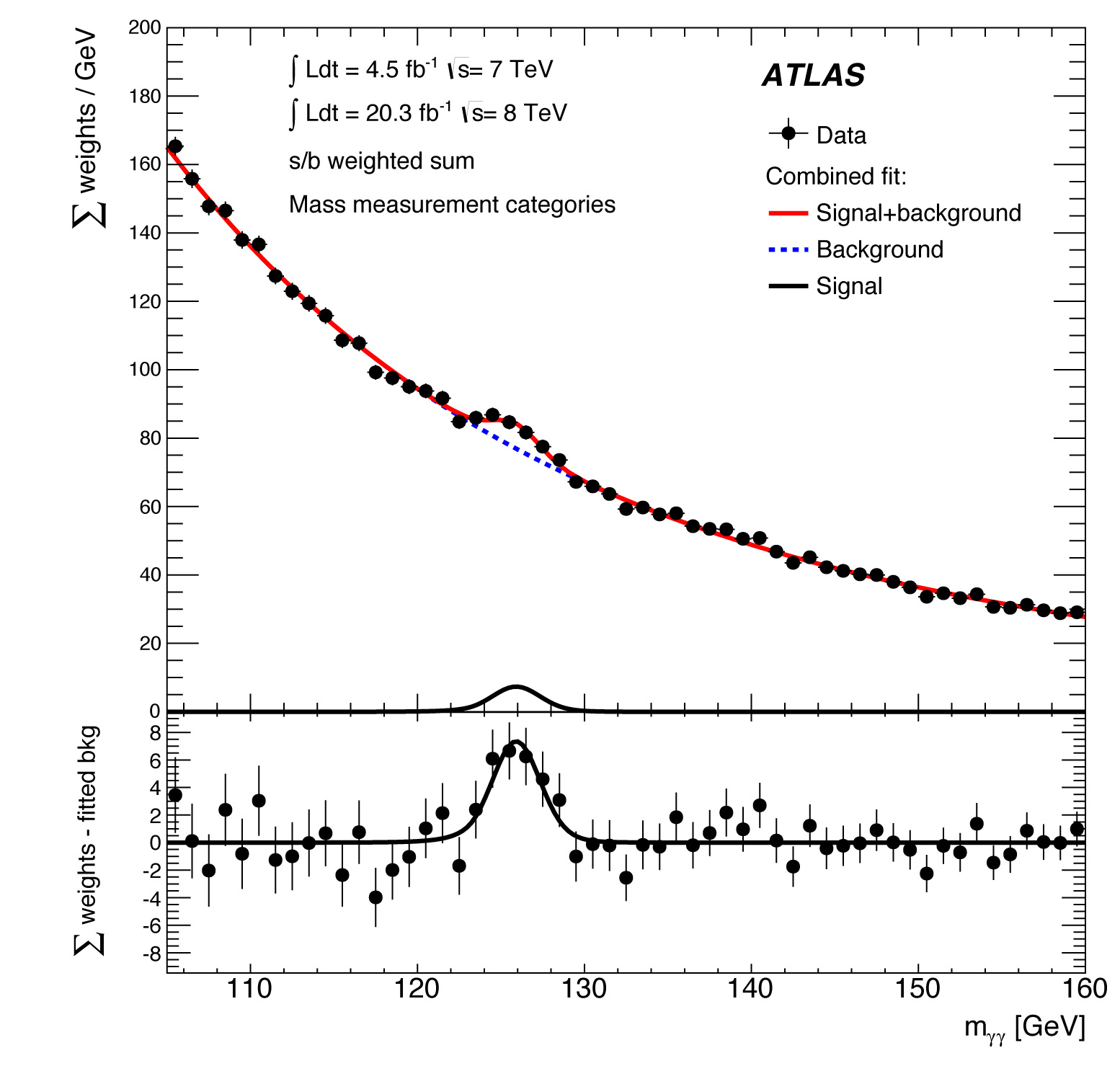 The ATLAS Collaboration has analyzed its full Run 1 data sample of seven and eight TeV (tera electron Volts) proton-proton collisions delivered by the Large Hadron Collider (LHC), to produce an accurate measurement of the Higgs boson mass. The Higgs boson resonance appears as a narrow peak in the mass spectra of its decays to two photons or to four charged leptons, as shown in the two figures below.