ATLAS in Paris for a pop-up launch

It’s not every day you get to explain ATLAS to a group of journalists with just a pop-up book as a prop. But, as some readers might already know, this is no ordinary pop-up book. ATLAS and the LHC leap from the page in incredible detail thanks to paper engineer Anton Radevsky’s wonderful designs. A new edition of the book has just been released in French, so at the end of last month I found myself travelling in to the centre of Paris from Orsay for the press launch.

The press launch took place inside a tent in the gardens behind the Trocadéro Centre. Like the book, this was no ordinary tent – the area used for the launch had a full floor-to-ceiling view of the Eiffel tower! We were there as guests of the French research council, the CNRS, who run an exhibition of their research and a busy programme of activities during Science en Fête. The exhibitions were full of visitors, many of whom seemed very interested in what we were doing with the book…

The journalists attending had varied interests and included a correspondent for Les Echos, a writer for a music web-site, the editor of CNRS magazine and a freelancer for Le Figaro. Many others had asked for review copies off-line and the book will soon appear in magazines such as Science et Vie and Science et Avenir.

As the journalists gathered round tables over coffee and croissants, Emma Sanders, the book’s author, ran through the many pop-ups. She introduced the experiment, told some stories about the book’s design process and managed to manipulate the pages without dropping the calorimeters or creasing the muon big wheels in front of such an important audience. My role was to follow Emma and give an update of ATLAS results so far.

Just a few days before the press launch, ATLAS had exceeded 5 inverse femtobarns of recorded luminosity in 2011. I explained that it was an important milestone for ATLAS and demonstrates the outstanding performance of the LHC. The results now publicly available, which were presented during the summer conferences, correspond to at most 2 inverse femtobarns of recorded data. I explained that, with that data, ATLAS had ‘rediscovered’ all the particles already known to physics (J/Psi, W, Z, top quark…) and made a huge number of measurements of the Standard Model, validating the theoretical predictions. ATLAS also explored new territory in searches for new physics. Unfortunately new physics was not just around the corner… On the subject of searches for the famous Higgs boson: ATLAS has already excluded most of the Higgs mass region 146-466 GeV. If the Higgs predicted by the Standard Model exists, it is most likely hiding in the low mass region (114-145 GeV). The ATLAS experiment is right now updating its results using all of the 5 inverse femtobarns of data recorded in 2011. Hopefully new results based on the total 2011 dataset should be available in December.

After many discussions about the pop-up book, ATLAS, the LHC and particle physics, the press launch ended around noon. It was perfect because I was starving. At the end of the afternoon, Emma and I were booked to go back to the Trocadéro to give a public presentation. Since I didn’t have time to go back to Orsay meanwhile, I decided to work for a couple of hours in a café close to the Trocadéro; the following day I was due to give another talk about ATLAS physics results (this time for physicists) so I finished the slides for that and read a few new ATLAS research papers

At 17:00, I went back to the exhibition. Once again, Emma presented the ATLAS experiment with the help of the pop-up book. However, this time it was more challenging because she also had to hold a microphone! Even with only one hand, she ran perfectly through all the pop-ups; then I presented some more highlights from the experiment. By the end of the talk, Emma had already started notching up sales of the book and I’m sure that this year many pop-up books will be found under the Christmas tree. 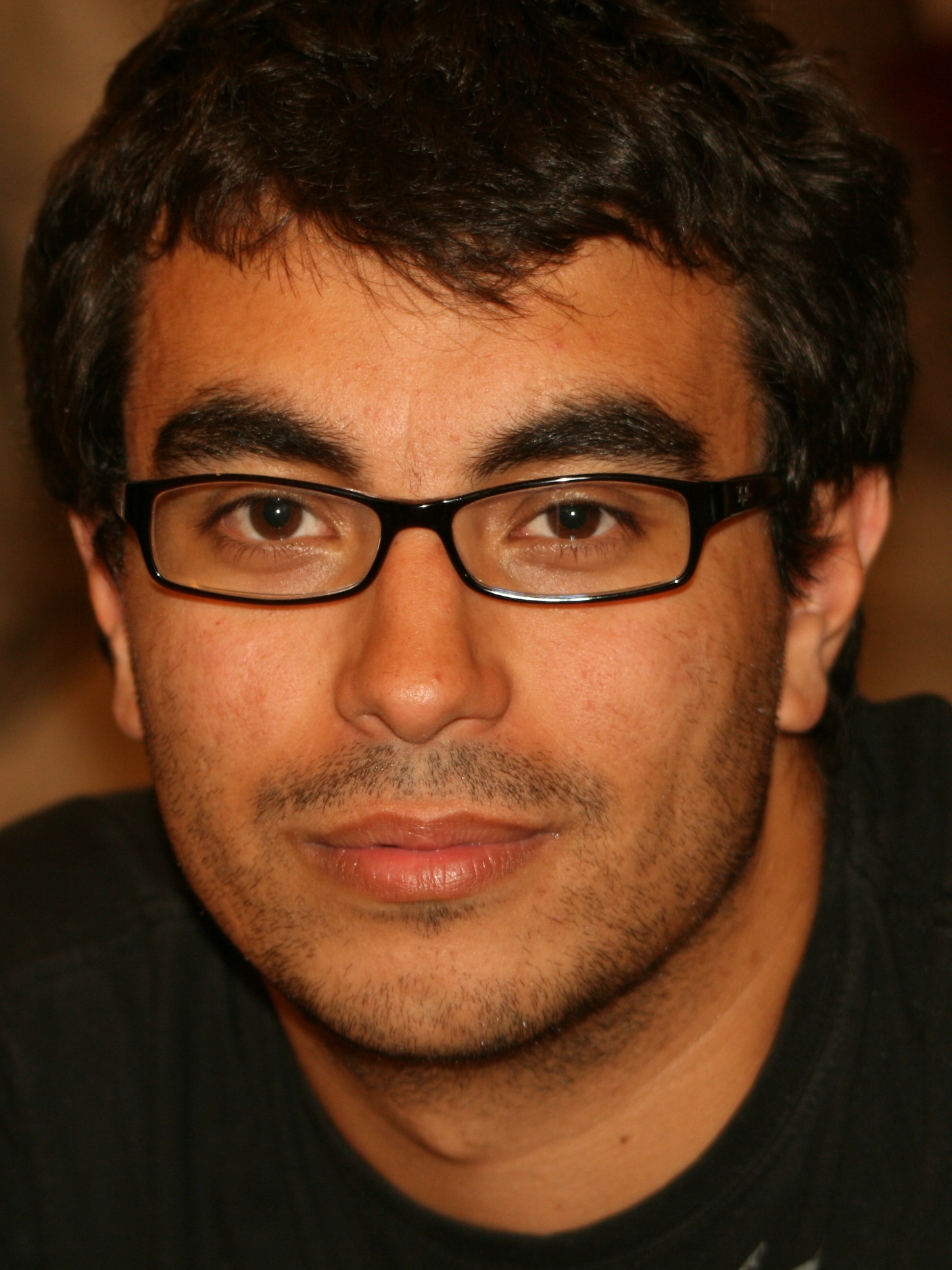 Nikola Makovec is a research physicist at the Laboratoire de L’accélérateur Linéaire at Orsay. He works on understanding the ATLAS calorimeter performance, in particular the calibration, and is searching for Supersymmetry in the fully hadronic channel.