Into the Dragon’s Lair

This was my first time in Ljubljana, the capital city of Slovenia – a nation rich with forests and lakes, and the only country that connects the Alps, the Mediterranean and the Pannonian Plain. The slight rain was not an ideal welcome, but knowing that such an important conference that was to be held there – together with a beautiful evening stroll – relaxed my mind.

At first, I thought I was somewhere in Switzerland. The beauty of the city and kindness of the local people just amazed me. Similar impressions overwhelmed me once the conference started – it was extremely well organized, with top-level speakers and delicious food. And though I met several colleagues there that I already knew, I felt as though I knew allthe participants – so the atmosphere at the presentations was nothing short of enthusiastic and delightful.

Before the beginning of the conference, the ATLAS detector just started getting the first data from proton collisions at 13 TeV center-of-mass energy, with a proton bunch spacing of 25 ns. The conference’s opening ceremony was followed by two excellent talks: Dr. Mike Lamont presented the LHC performance in Run 2 and Prof. Beate Heinemann discussed the ATLAS results from Run 2.

The public lecture by Prof. Alan Guth on cosmic inflation and multiverse was just as outstanding as expected. He entered the conference room with a student bag on his shoulder and a big, warm smile on his face – the ultimate invitation to both scientists and Ljubljana’s citizens.

Furthermore, at the start of the Lepton Photon 2015 conference, the ALICE experiment announced results conﬁrming the fundamental symmetry of nature (CPT), agreeing with the recent BASE experiment results from lower energy scale measurement.

The public lecture by Prof. Alan Guth on cosmic inflation and multiverse was just as outstanding as expected. He entered the conference room with a student bag on his shoulder and a big, warm smile on his face – the ultimate invitation to both scientists and Ljubljana’s citizens. His presentation did an excellent job at explaining, to both experienced and young scientists, the hard work of getting to know the unexplored. While listening to Prof. Guth’s presentation, it seemed like the hour passed in only a few minutes – so superb his talk was.

I was also impressed by some of the participants. Many showed great interest in the lectures, and asked tough, interesting questions.

To briefly report on the latest results, as well as the potential of future searches for physics beyond the Standard Model, the following achievements were covered during the conference: the recent discovery by the LHCb experiment of a new class of particles known as pentaquark;, the observed flavor anomalies in semi-leptonic B meson decay rates seen by the BaBar, the Belle and the LHCb experiments; the muon g-2 anomaly; recent results on charged lepton flavor violation; hints of violation of lepton universality in RKand R(D(*)); and the first observation and evidence of the very rare decays of Bs and B0 mesons, respectively.

The second part of the conference featured poster sessions, where younger scientists were able to present their latest working achievements. Six of them were selected and offered the opportunity to give a plenary presentation, where they gave useful and well prepared talks.

The ending conference lecture was given by Prof. Jonathan Ellis, who provided an excellent closing summary and overview of the conference talks and presented results, with an emphasis on future potential discoveries and underlying theories.

To conclude, I have to stress that our very competent and kind colleagues from the Josef Stefan Institute in Ljubljana (as well as other international collaborative institutes) did a great job organizing this tremendous symposium. They’ve set a high standard for the future conferences to come. 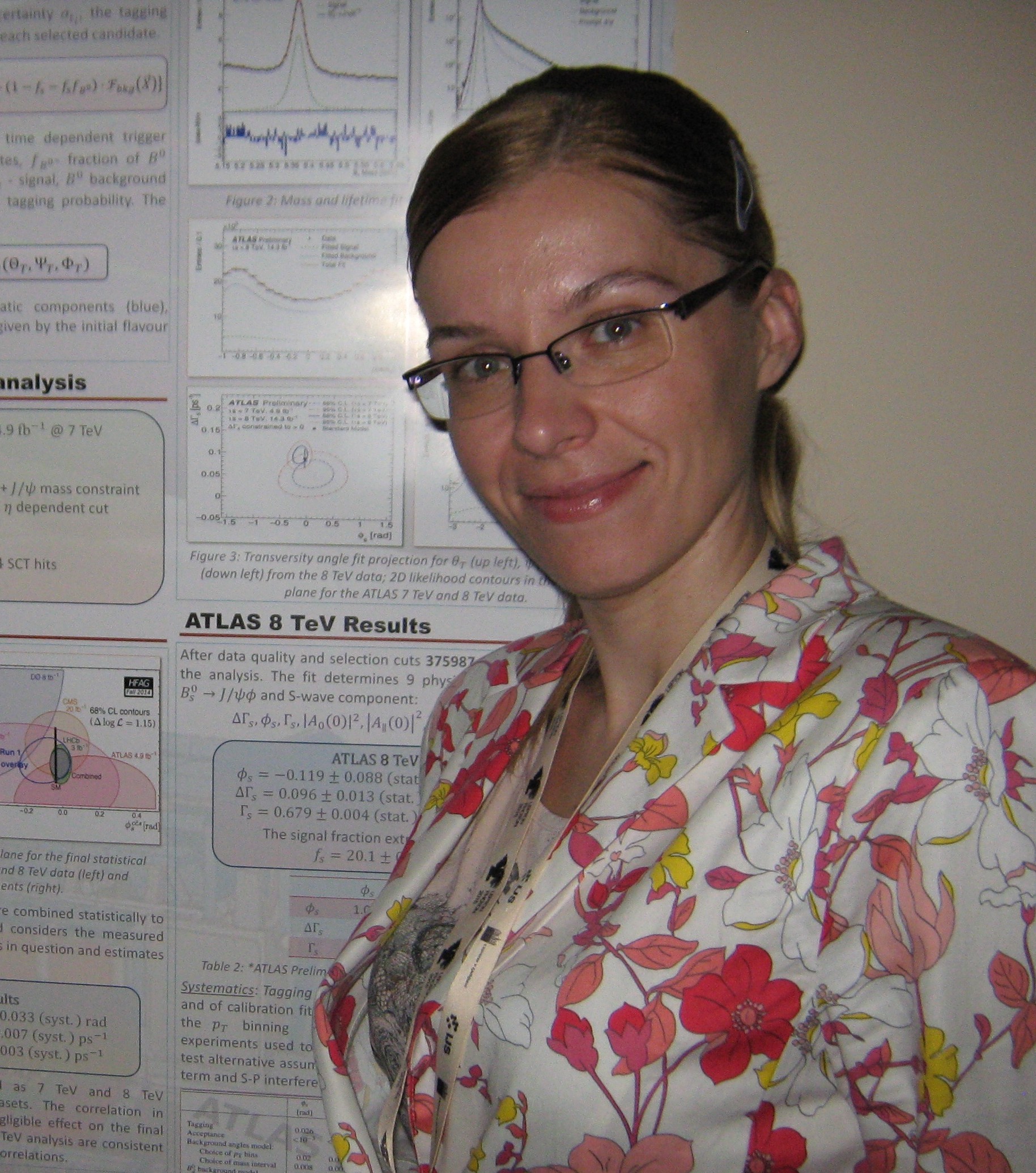 Tatjana Agatonovic Jovin is research assistant at the Institute of Physics in Belgrade, Serbia. She joined ATLAS in 2009, doing her PhD at the University of Belgrade. Her research included searches for new physics that can show up in decays of strange B mesons by measuring CP-violating weak mixing phase and decay rate difference using time-dependent angular analysis. In addition to her fascination with physics she loves hiking, skiing, music and fine arts!