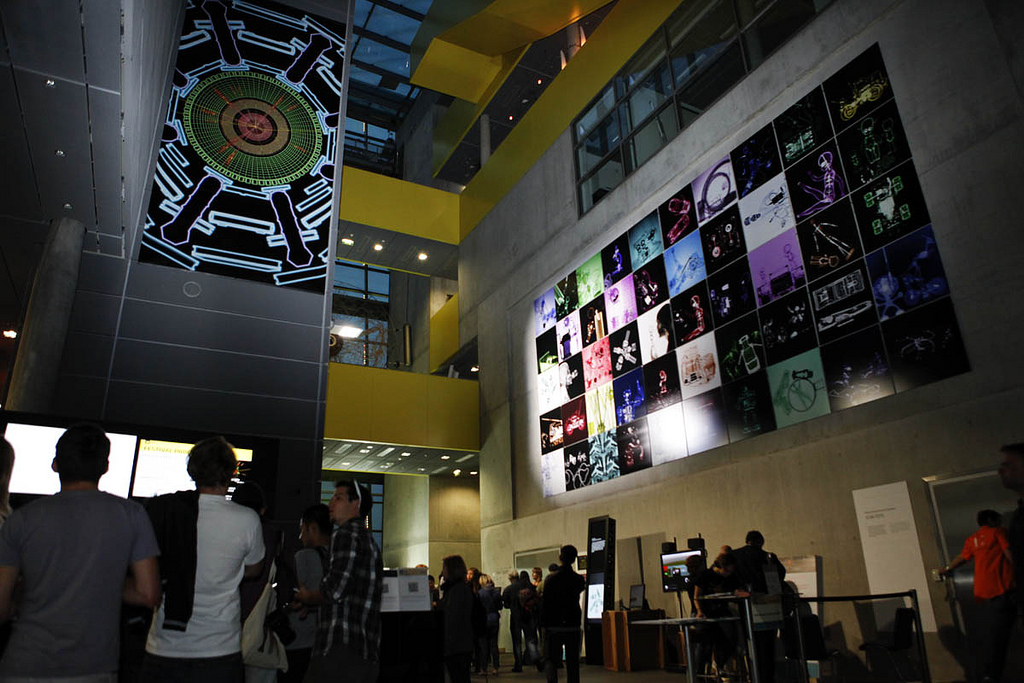 Located in Linz, Austria, Ars Electronica is an exhibition centre and creative lab which “has been investigating the consequences of the Digital Revolution” since the late 1970’s. Ars Electronica holds a yearly festival that attracts thousands of people from Austria, Germany and the rest of the world. This year, the theme of the festival, which is happening in collaboration with CERN, is ‘Origin – how it all begins’.

As we approached the downtown area of Linz on Wednesday, we started to see ATLAS event displays all over: on posters, flags in the main street, and up high on tall buildings. Soon the cubic and modernist Ars Electronica centre was in sight. As we walked in, we could feel an excitement in the air. A line of people was already forming at the door. We met a couple of the people from the Ars’ team who had visited CERN previously, and they gave us a quick tour of the place.

Up and down stairs, we found ourselves inside a room with educational material about CERN, the LHC and its experiments. However all the attention was stolen by the main projection of the ATLAS experiment in the end of the room. The brilliant idea was: collisions triggered by sound! Visitors would come in and play at the pool table in front of the projection and as the balls collided, event displays were produced in the background. Wouldn’t it be great if science could copy art? One of the guides of the exhibit approached us offering an explanation, but as soon as he heard we were from CERN, it all turned into questions.

As the night approached, hundreds of people started to gather outside for the opening events. One of the main attractions was called ‘Game Boy Music Club’; artists making music from and playing with game boys, while the Ars Electronica building lit itself rhythmically in the background. The other main attraction was yet to come: Tesla Orchestra.

It was only the first day and there are a great number of interesting pieces in the program with some trying to answer questions about origins and others giving origins to new ideas. The program has conferences, events, concerts, performances, exhibits, open labs and workshops. In the list of speakers from CERN are Rolf Rouer and Sergio Bertolutti among others, and from ATLAS: Fabiola Gianotti and Joao Pequenao. Lisa Randall also will make an appearance. 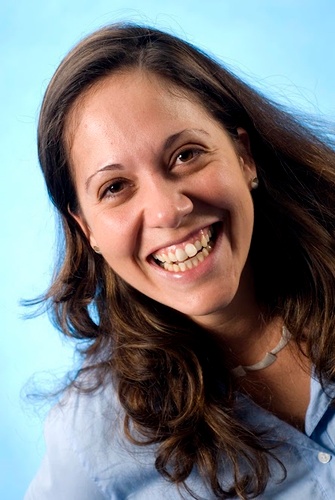 Claudia Marcelloni is a creative communications expert working at the interface between ATLAS and the public, and the photographer behind the book ‘Exploring the Mystery of Matter’.