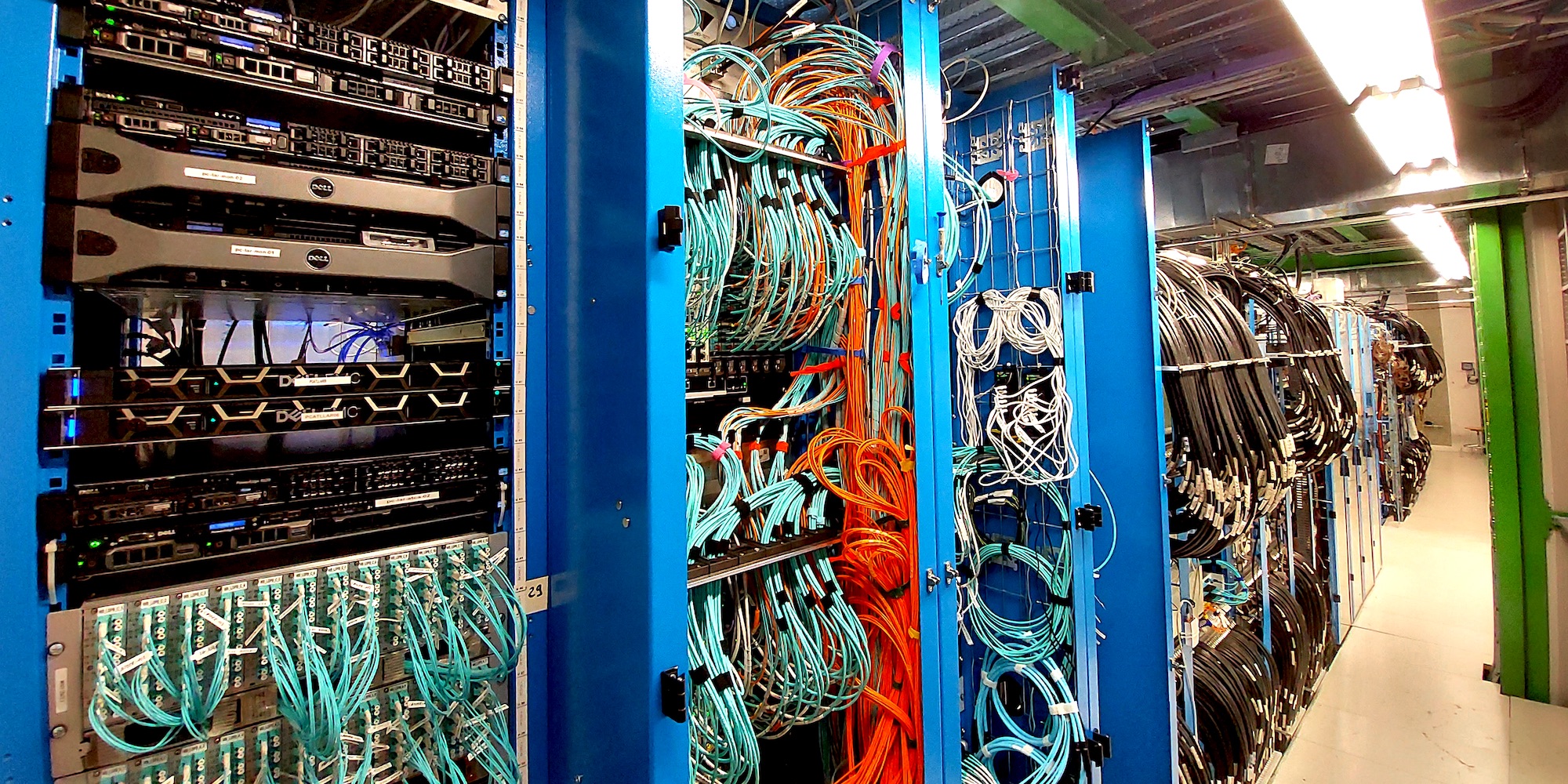 The ATLAS Collaboration has completed the installation of “Phase-I” upgrades of the Liquid Argon Calorimeter (LAr). The upgrades improve the read-out speed of the calorimeter’s electronics and provide more efficient event-selection capabilities. These improvements will be pivotal for data-taking during the coming high-intensity runs of the LHC.

The LAr Calorimeter lies at the heart of the ATLAS experiment, measuring charged and neutral particles across a wide range of energies (from ~50 MeV to ~3 TeV). It plays a critical role in ATLAS’ online event-selection system – also known as the “trigger” – as it quickly provides the energy measurements used by the trigger to select which collision events should be saved and studied.

Given the high collision rate – 40 MHz, or 40 million per second, during Run 2 of the LHC – only the most “interesting” events can be saved. These are identified by the trigger, which sends a signal back to the whole ATLAS experiment to ask for a full-precision readout. The "first-level trigger" analyses events at the LHC proton interaction rate, using custom hardware very close to the detector. This is then brought down to an "accept rate'' of 100 kHz at which point the data is readout from the detectors, giving the downstream system more time for online data analysis.

As the LHC increases its luminosity (i.e. the number of interactions per collision) in Run 3 and beyond, ATLAS physicists expect an increased number of background processes and larger rates of misidentified objects (typically by a factor of 5). This will make it more difficult for the trigger to select for interesting events – unless improvements are made.

To reduce the amount of data provided to the trigger, the LAr readout system combines the energy deposits left across ~180,000 LAr elements in ~6000 “trigger towers”. This gives a coarse mapping of the energy deposits that can be used to identify key features in collision events. If the original LAr Calorimeter were to cope with higher luminosity, physicists would either need to increase the trigger accept rate beyond 100 kHz (impossible with the current hardware) or tighten the requirements for identifying event features (degrading the performance of ATLAS research). Neither option would do.

Instead, they set out to deploy a more efficient event-selection system for the first-level trigger. Trigger towers have been replaced with a new, finer-granularity scheme called “Super Cells”, which provides information from each calorimeter layer and has up to four times finer segmentation. This required two major upgrades: new electronics in the LAr Calorimeter for producing Super-Cell energy measurements, and new “feature extractors” from the first-level trigger designed to reconstruct electromagnetic objects, jets and other global event information. The result: around a ten-fold increase of information and an improved precision of energy measurements.

Since this represented a major – and potentially very disruptive – intervention in the data-taking chain, ATLAS researchers decided to incorporate these new elements while keeping the old “legacy” trigger system fully operational. In fact, given how critical the trigger system is to ATLAS, a staged approach will be adopted when Run 3 collisions start in 2022. Data-taking will initially rely primarily on the legacy trigger system, while commissioning of the new system is done in parallel. The legacy system will eventually be decommissioned as the ATLAS experiment moves to the new “digital trigger” system.

The new LTDBs were placed in the same “crates” that held the original FE electronics. To cope with the increased number of signals from the Super Cells, the team also had to replace the interconnection bottom circuits (“baseplanes”) of each crate. These baseplanes not only enable the electronic boards to receive signals from the calorimeter, but also connect the different boards installed in the same crate.

Additionally, in order to generate the Super Cells’ signal, small mezzanine boards had to be replaced on each of the 1524 original readout boards. This work turned out to be one of the toughest parts of the project. Each board had to be extracted from its crate and brought up to a surface workshop. Then the water-circulating cooling plates – attached to the boards by more than 100 small screws – had to be taken off and reattached, and the water-tightness of the whole assembly verified. For this task, the team engaged the help of a Geneva-based social integration service, who provided a few very efficient and patient operators for almost two years.

In parallel, the new custom BE electronics were produced and installed in new racks and crates in an underground hall close to the experiment. The FE and BE electronics were connected by approximately 5000 optical fibres, and routed through the maze of the ATLAS experiment by the Technical Coordination team. As groups of the electronics were sequentially connected and powered, the LAr team was able to partially validate basic functionalities.

Alongside the new digital trigger electronics, the team revalidated the calorimeter’s original boards. These had to be kept in place in order to keep the legacy trigger system running – but how could both systems possibly fit?

This is where new technology came to the rescue. Both the BE and FE electronics were fitted with new, more compact optical fibre cabling. Further, the digital trigger uses modern chips and circuits, providing enhanced processing power in a limited space. Overall, the new system takes up four times less room than its legacy counterpart, while processing 10 times more information.

Reconnecting the legacy system was a meticulous, tedious job performed under difficult conditions: on scaffolding placed in front of the calorimeter, at a height of several metres, and always subject to availability of access to the different detector parts depending on the schedule of other ATLAS cavern activities. The work began shortly after the opening of the ATLAS cavern at the end of Run 2, in February 2019, and was completed by the end of August 2021 – significantly delayed due to COVID-19-related working limitations during 2020 and 2021.

This complex upgrade was the work of a diverse team of dedicated ATLAS physicists and engineers, who also oversaw the full commissioning of both systems. They began by certifying the legacy electronics; in particular, the first-level trigger needed to perform to the same standard as it did at the end of Run 2. They are now commissioning the new digital trigger readout.

To process the 23.6 Tbps (Tera-bits per second) of data from the Super Cells, the LAr team developed and validated new high-speed, highly-configurable firmware that processes data in parallel. This is controlled and monitored by online software to ensure reliable data-taking. These tools have been successfully integrated into the ATLAS experiment’s data acquisition infrastructure, and will be phased in gradually to operate the LAr Calorimeter in Run 3. First integration tests with the new electronics of the FEX system have also recently been addressed, as downstream integration continues throughout 2022.

Once these “Phase-I” upgrades are fully validated, the ATLAS team will turn their attention to the next upgrade of the calorimeter. “Phase-II” will see yet more improvements made to the calorimeter’s electronics, preparing ATLAS for High-Luminosity LHC (HL-LHC) operation.

About the banner image: The Back-end LAr electronics installed in the hall adjacent to the experiment cavern. On the left, the four tall blue racks with coloured cables are for the new digital trigger and FEX systems. On the right up, up to the end of the row, the smaller racks with black cables are for the analog legacy trigger. (Image: C. Camincher/ATLAS Collaboration) 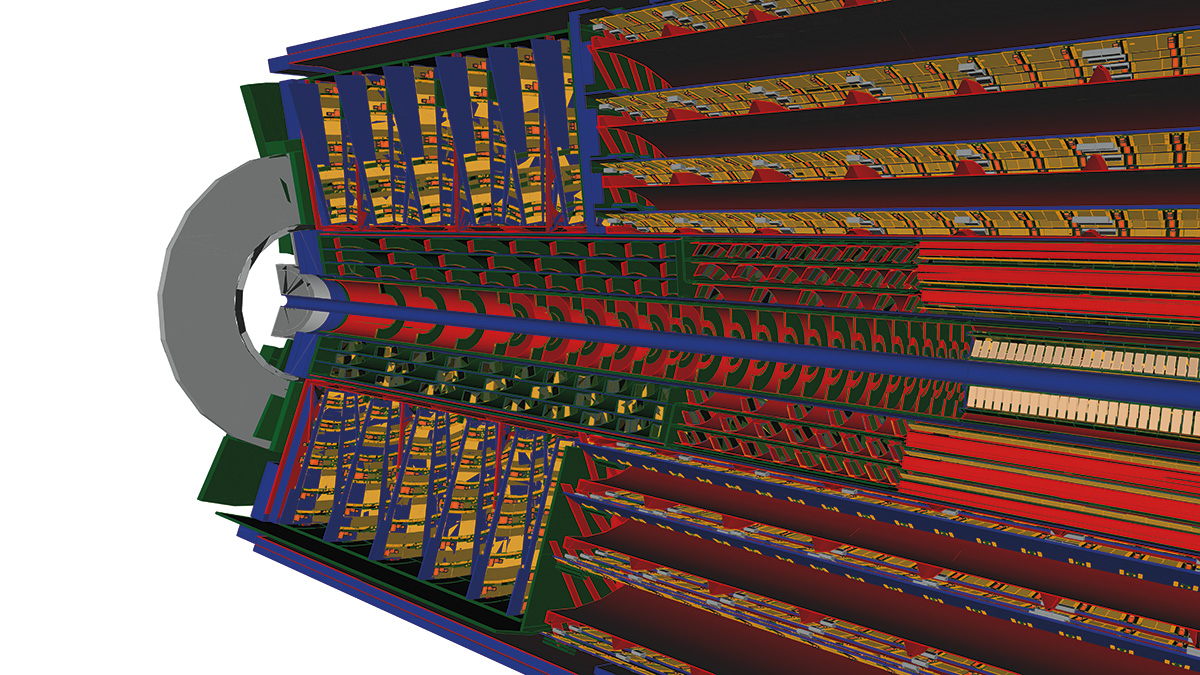 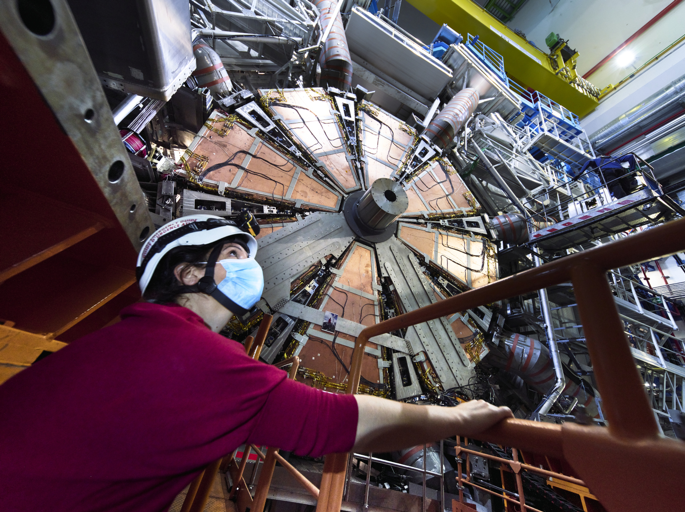 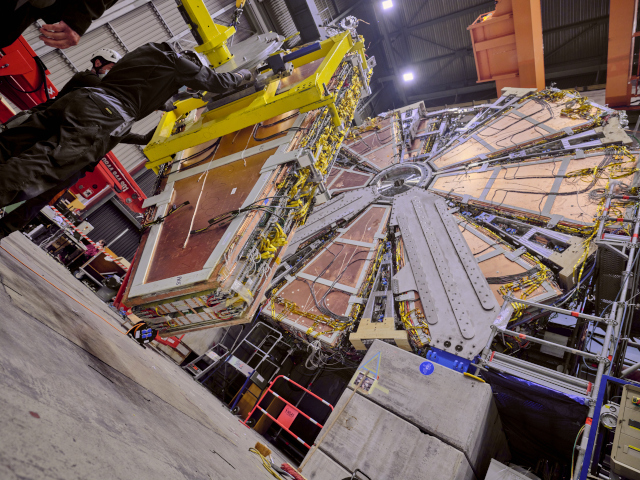