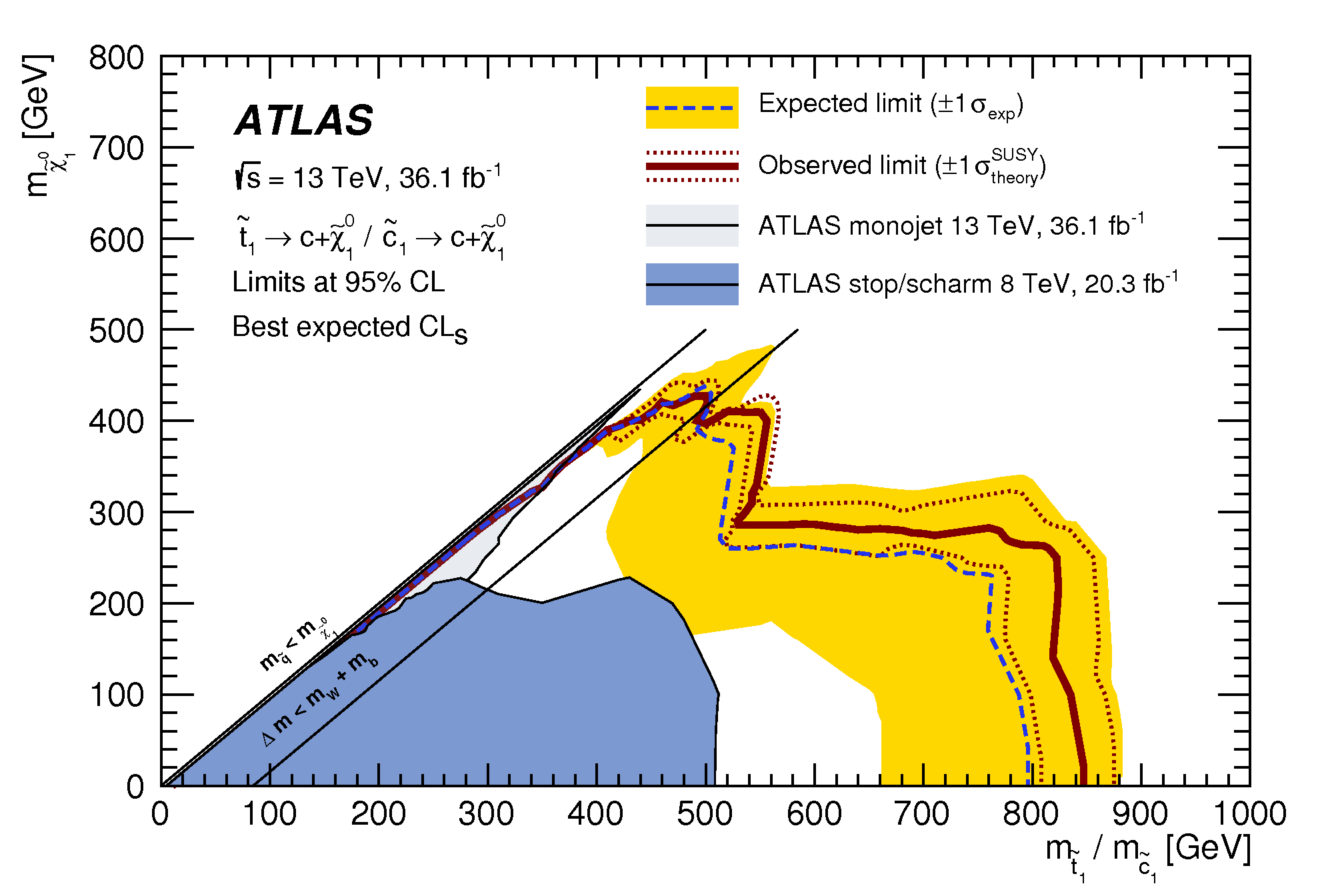 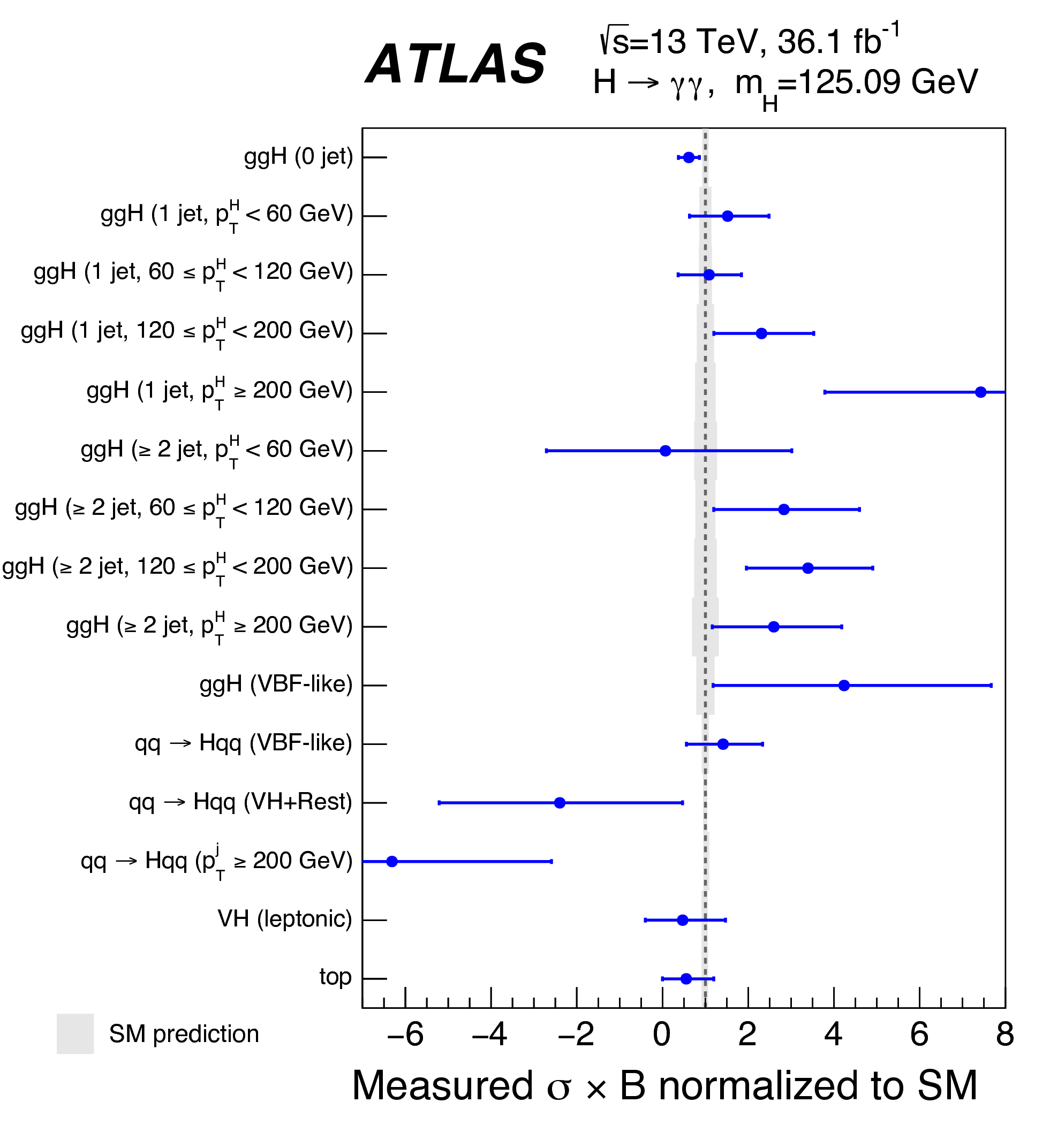 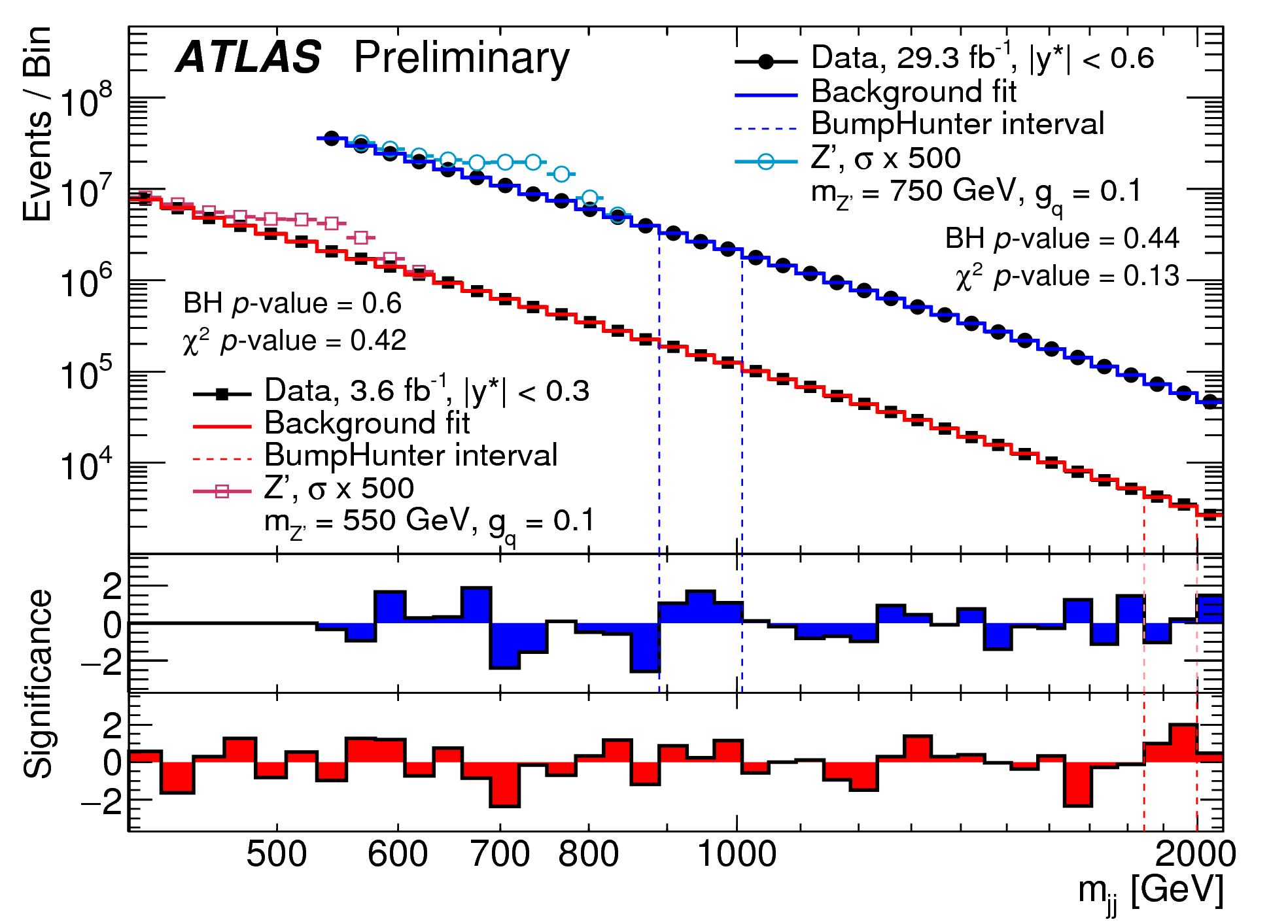 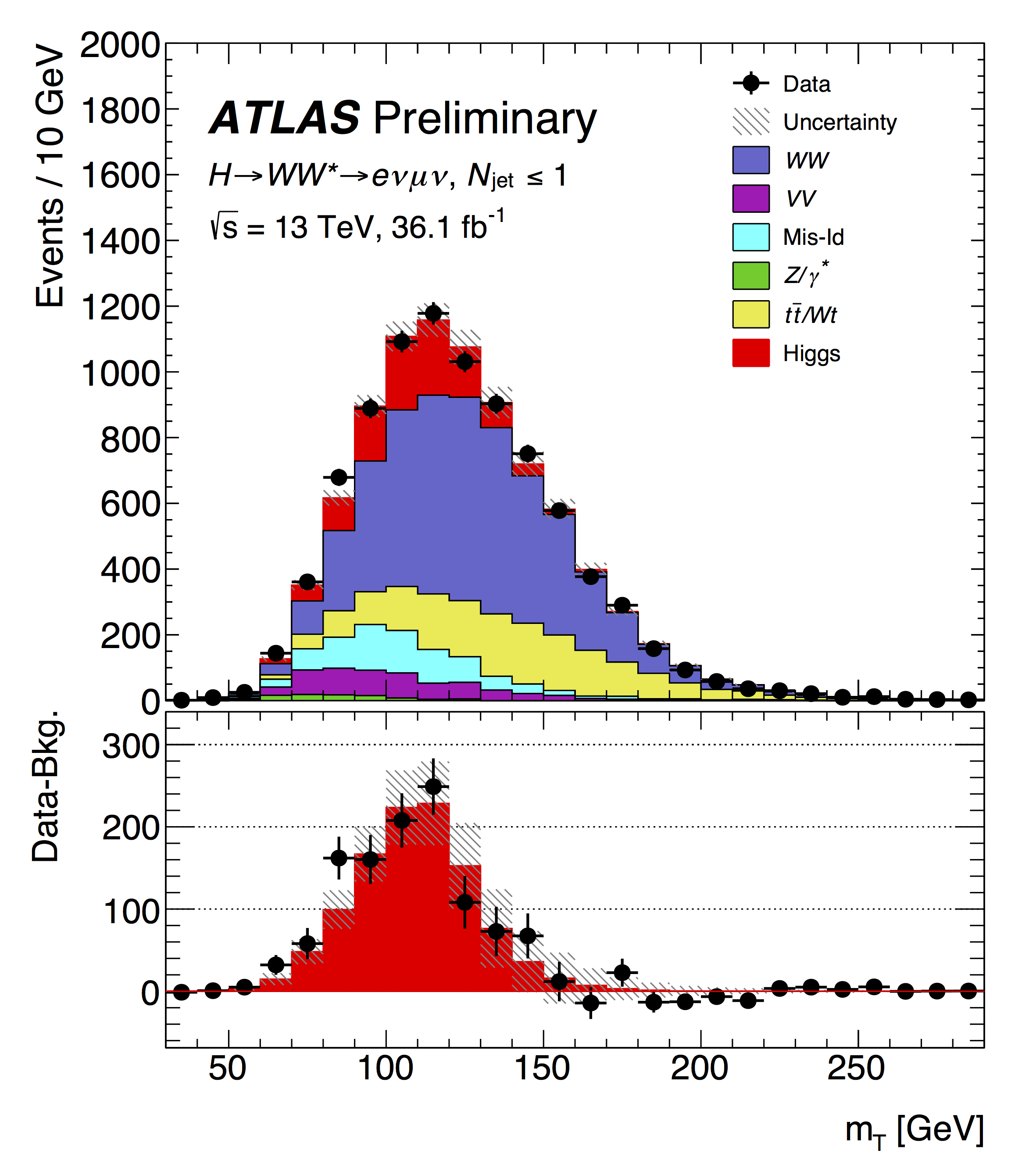 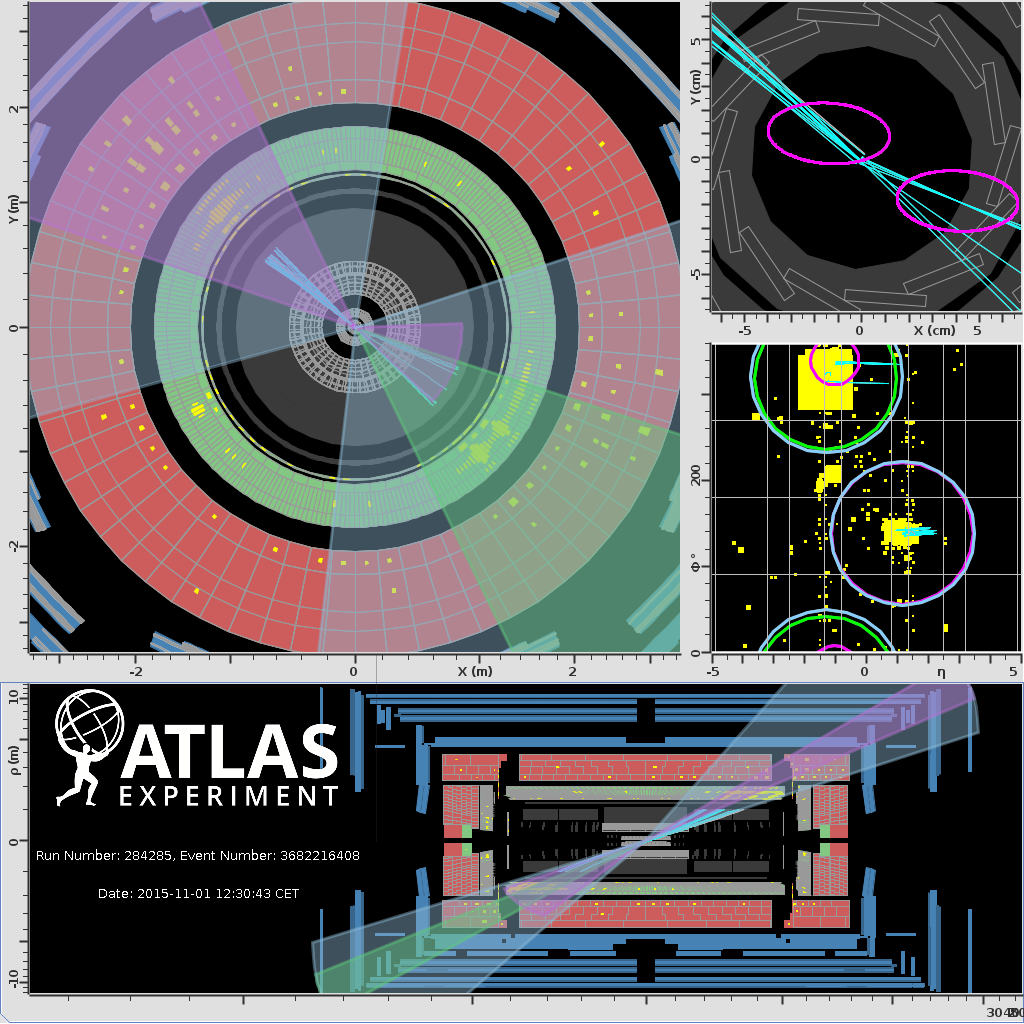 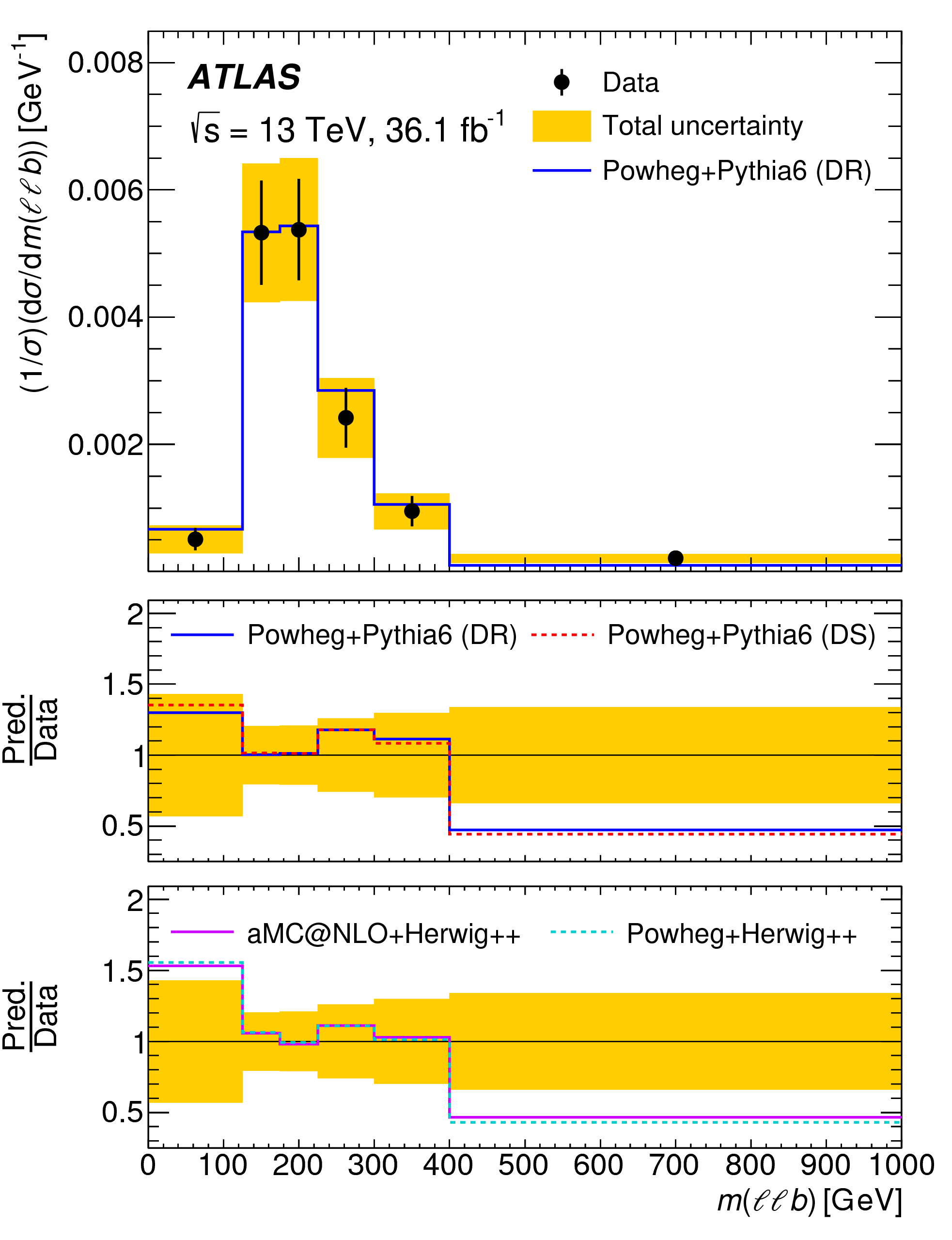 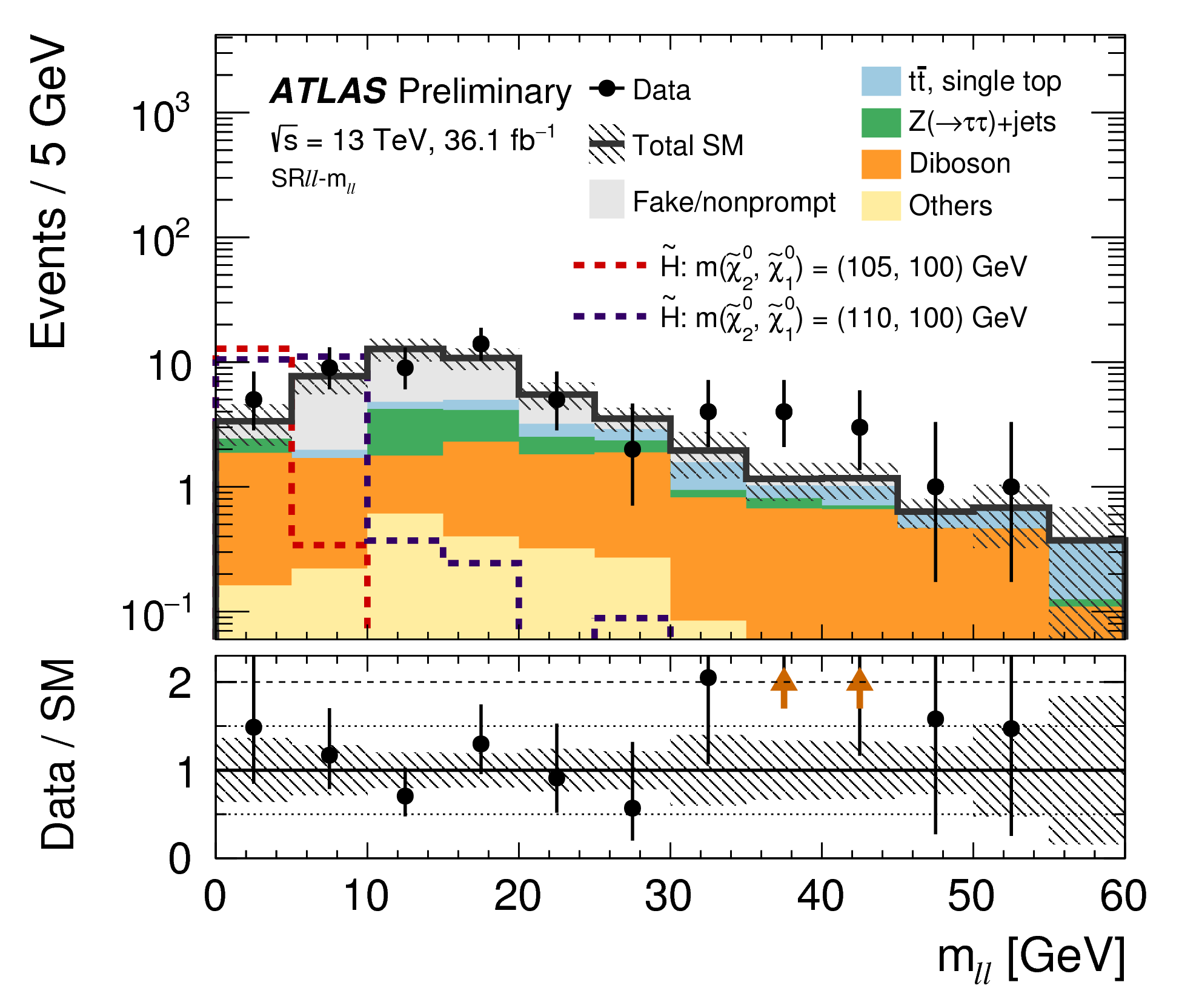 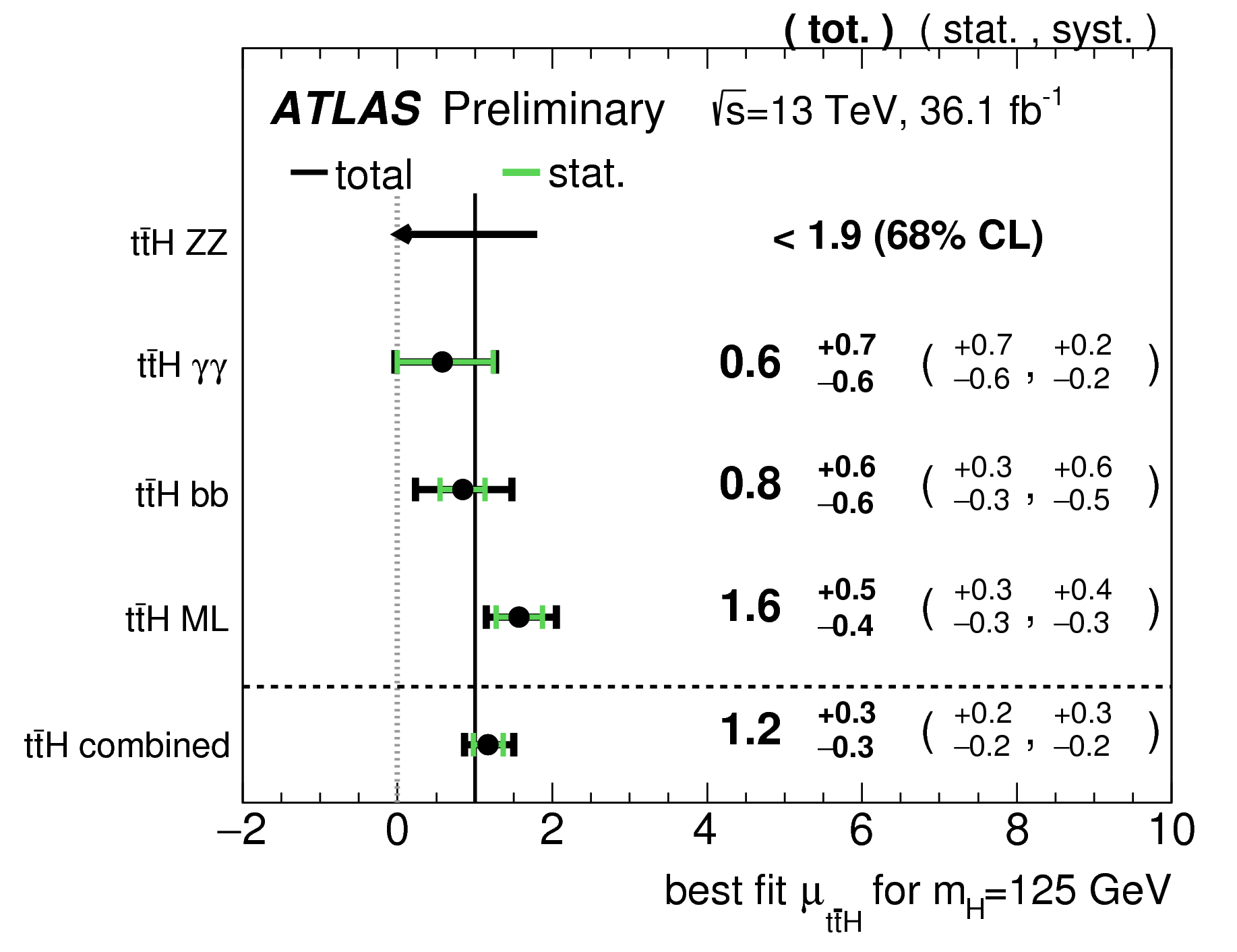 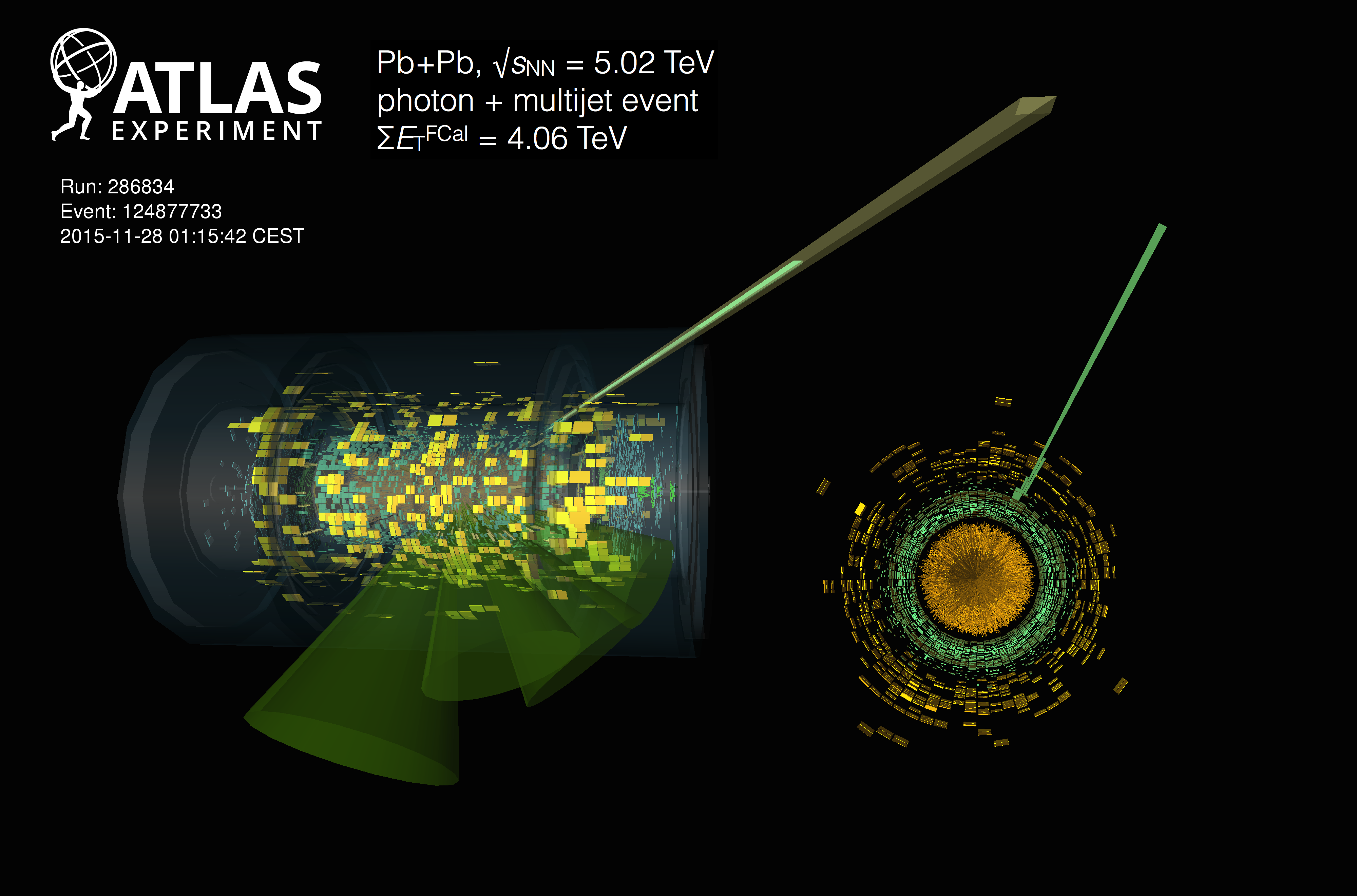 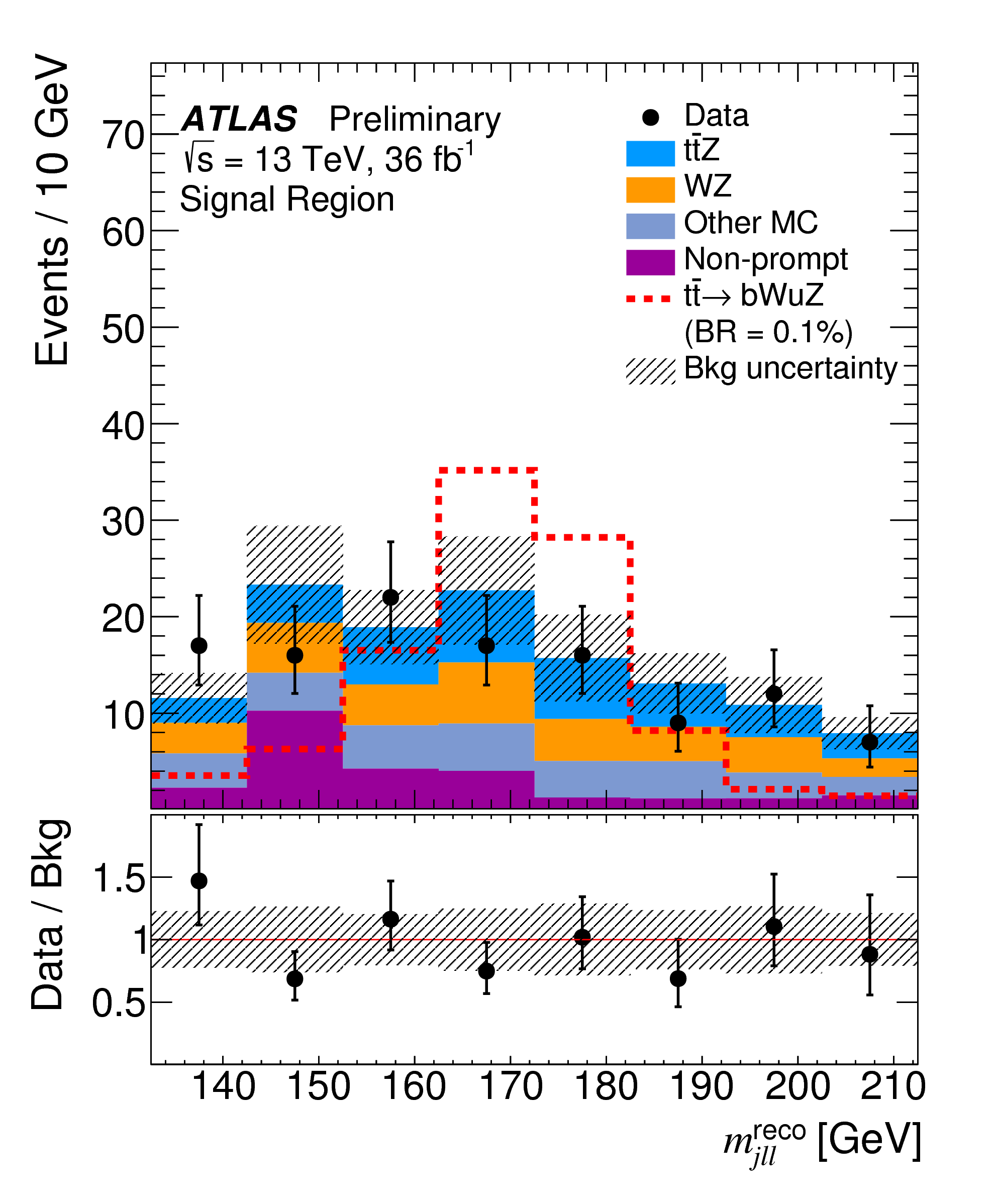 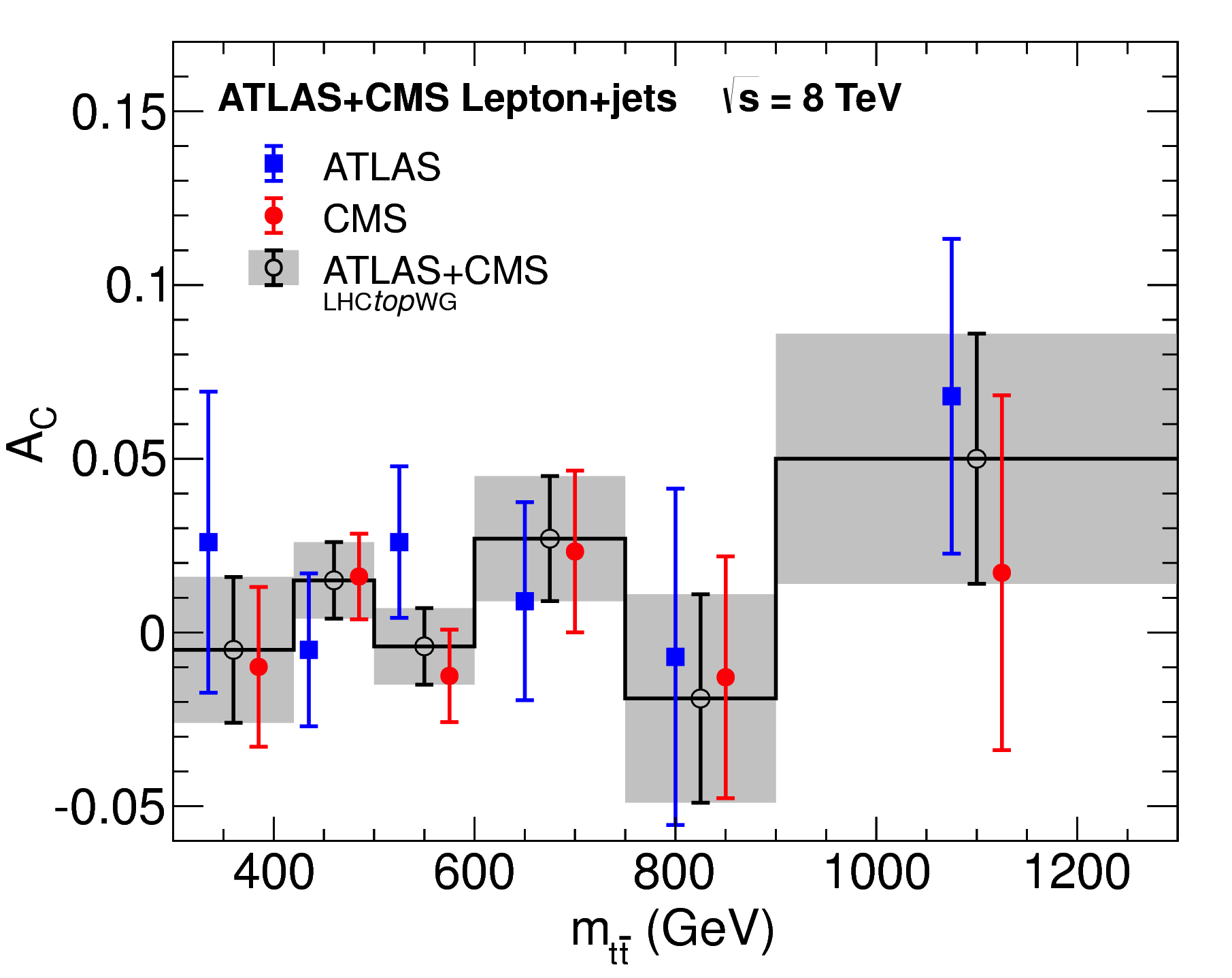 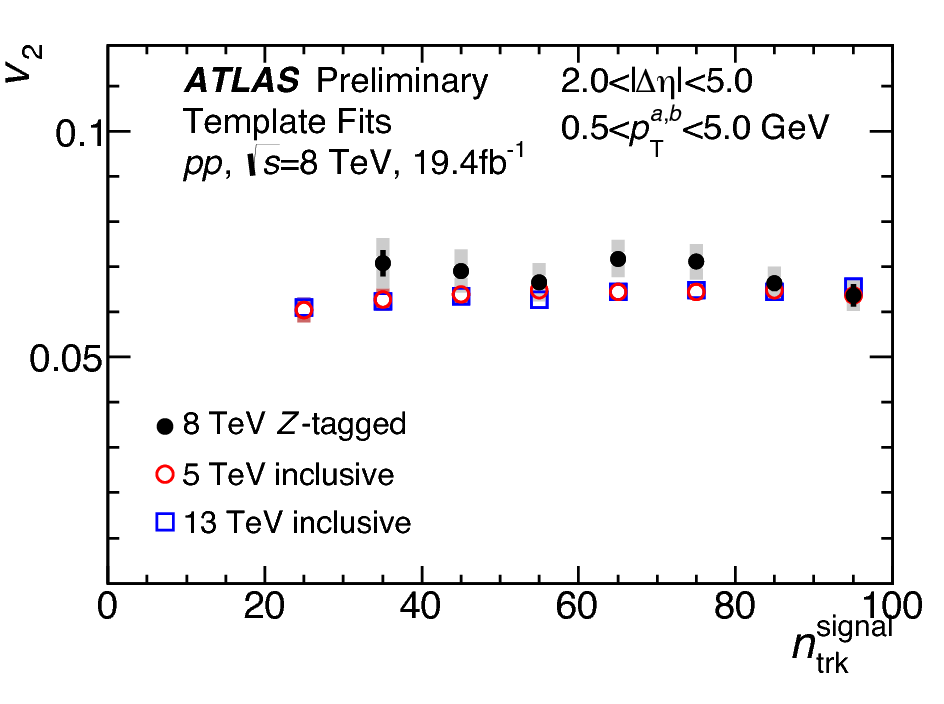 Finding a haystack in a field of haystacks

In order to produce rare physics phenomena, such as the Higgs boson or possible signs of new physics, the Large Hadron Collider (LHC) collides tens of millions of protons per second. Under such conditions, around 20 simultaneous proton-proton interactions occur in each beam crossing. Thus, additional collisions called “pile-up” are recorded along with the collision of interest. Together, they form a single event for analysis. 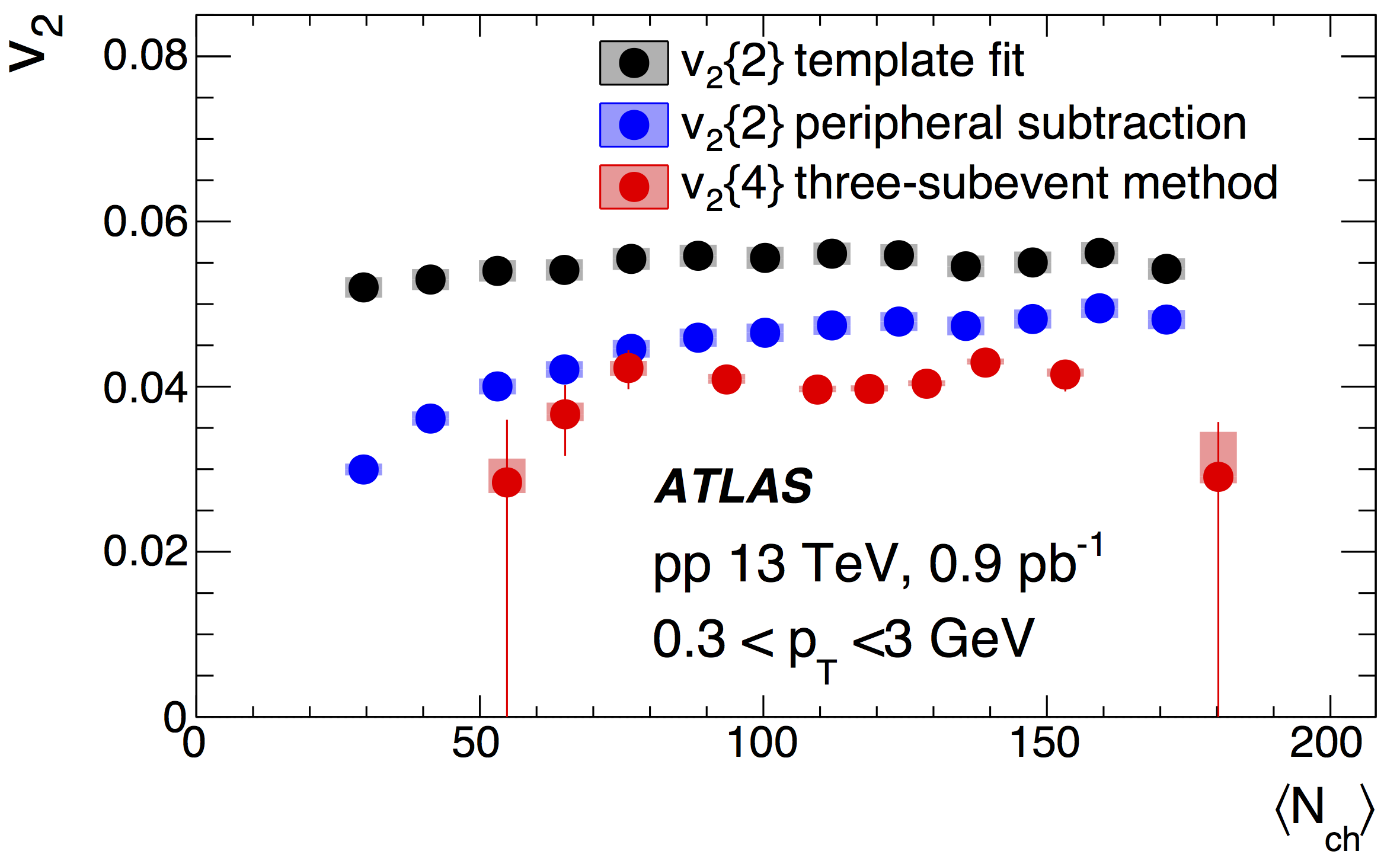 Exploring the nature of the “ridge” in small systems

When ultra-relativistic heavy ions collide, a new state of hot and dense matter – the quark–gluon plasma (QGP) – is created. One of the key features for this state is the observation of long-range azimuthal angle correlations between particles emitted over a wide range of pseudorapidity. This phenomenon is often referred to as the “ridge”. 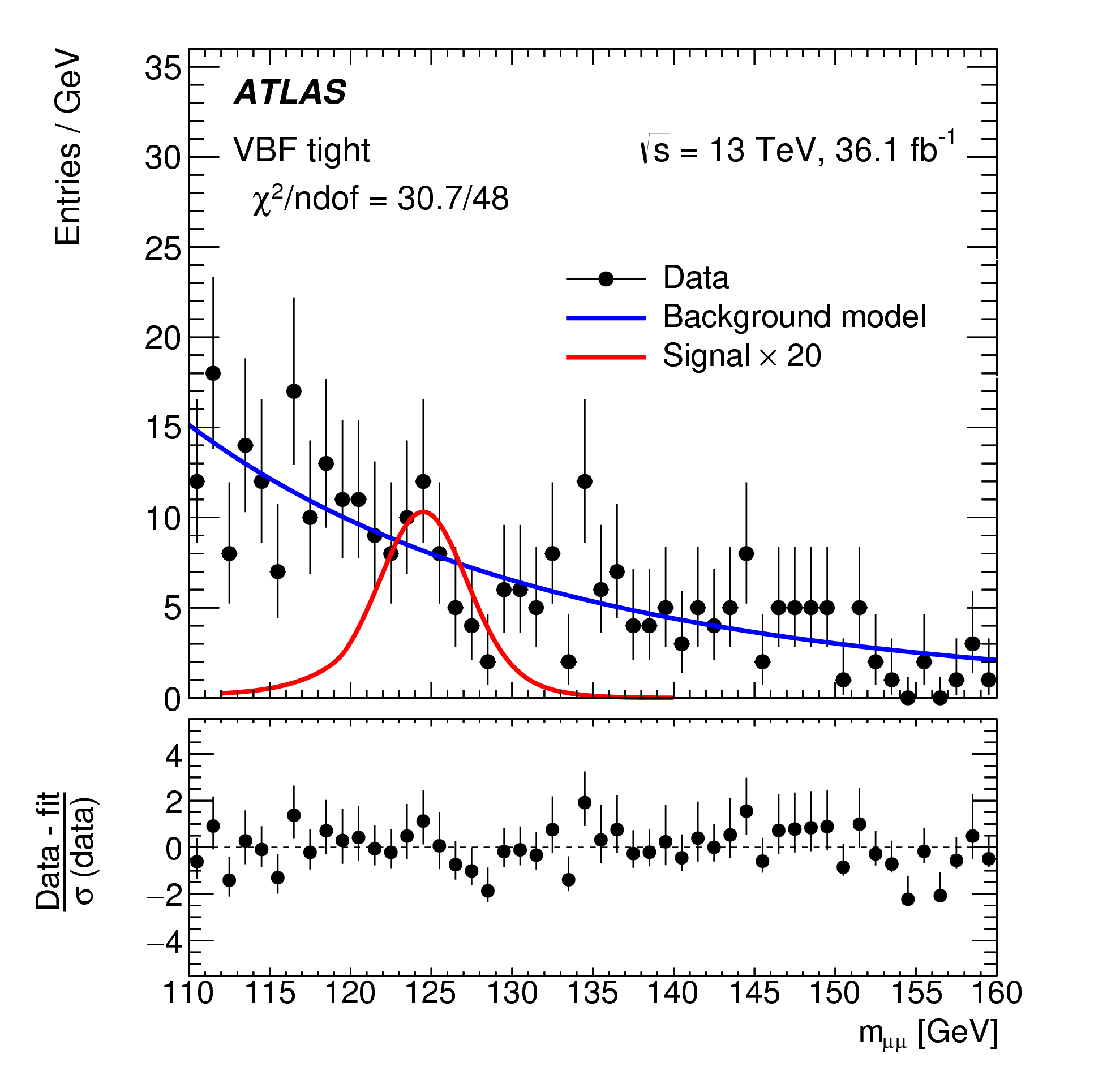 Since discovering a Higgs boson in 2012, the ATLAS and CMS collaborations have been trying to understand whether this new particle is the Higgs boson as predicted by the Standard Model, or a Higgs boson from a more exotic model containing new, as yet undiscovered, particles. The answer lies in the properties of the Higgs boson. 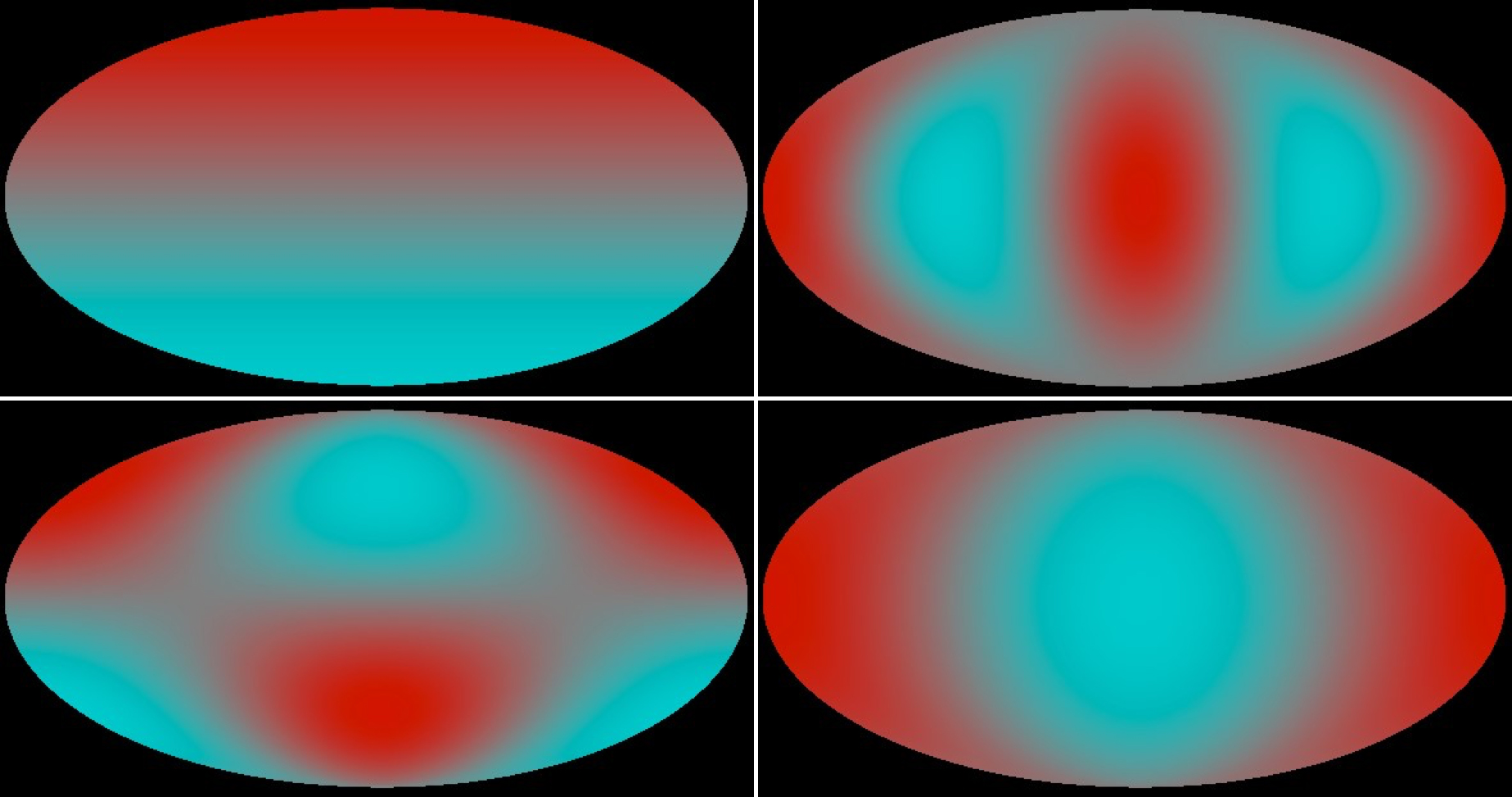 For many physicists, discovering “new physics” means bringing to light a new particle. Another path to discovery lies in carefully measuring the properties of known particles and the interactions between them. The ATLAS experiment has now released new results on the top quark's interaction with the charged intermediate vector boson. 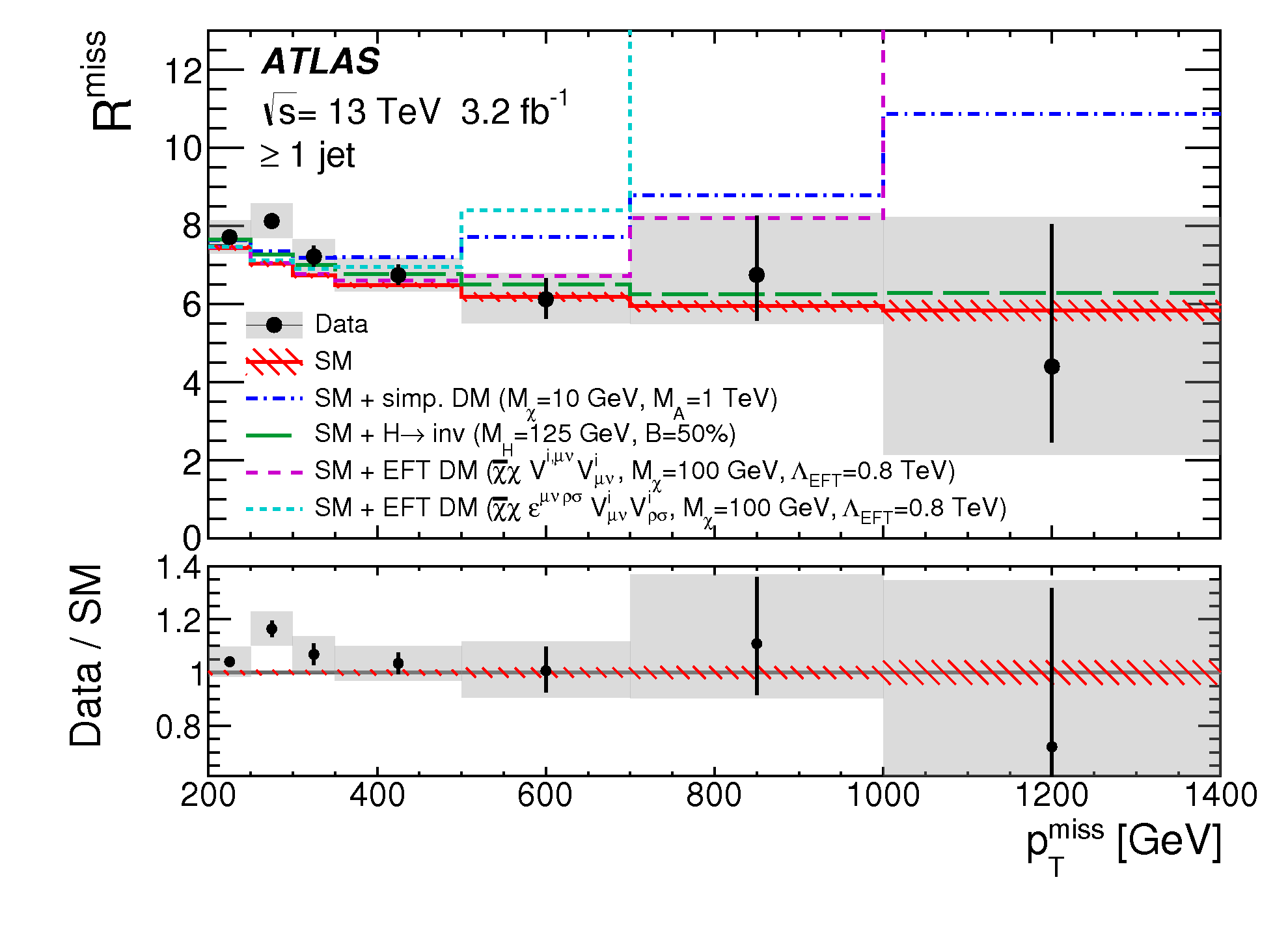 As the Large Hadron Collider (LHC) smashes together protons at a centre-of-mass energy of 13 TeV, it creates a rich assortment of particles that are identified through the signature of their interactions with the ATLAS detector. But what if there are particles being produced that travel through ATLAS without interacting? These “invisible particles” may provide the answers to some of the greatest mysteries in physics. 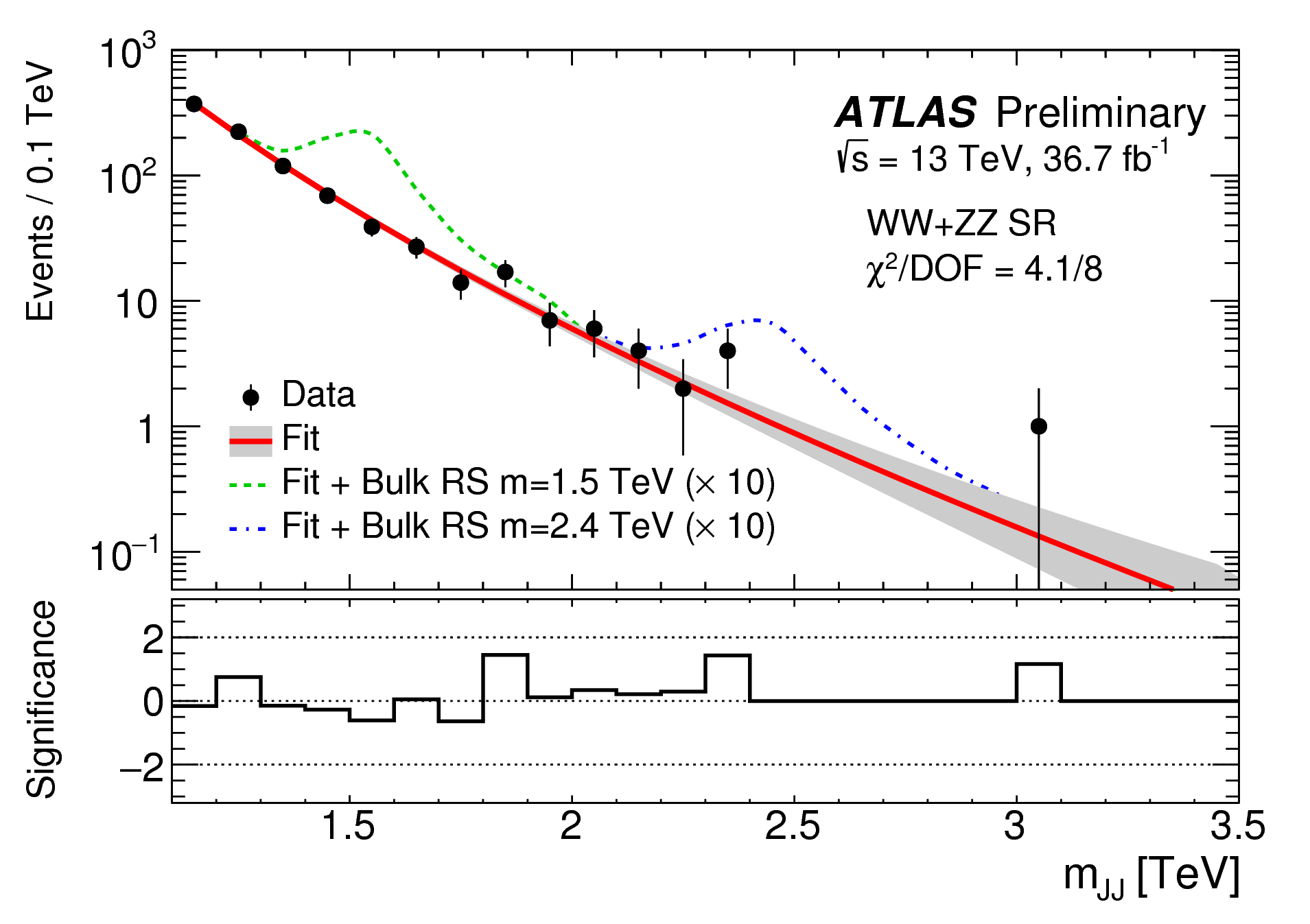 Although the discovery of the Higgs boson by the ATLAS and CMS Collaborations in 2012 completed the Standard Model, many mysteries remain unexplained. For instance, why is the mass of the Higgs boson so much lighter than one would expect and why is gravity so weak? 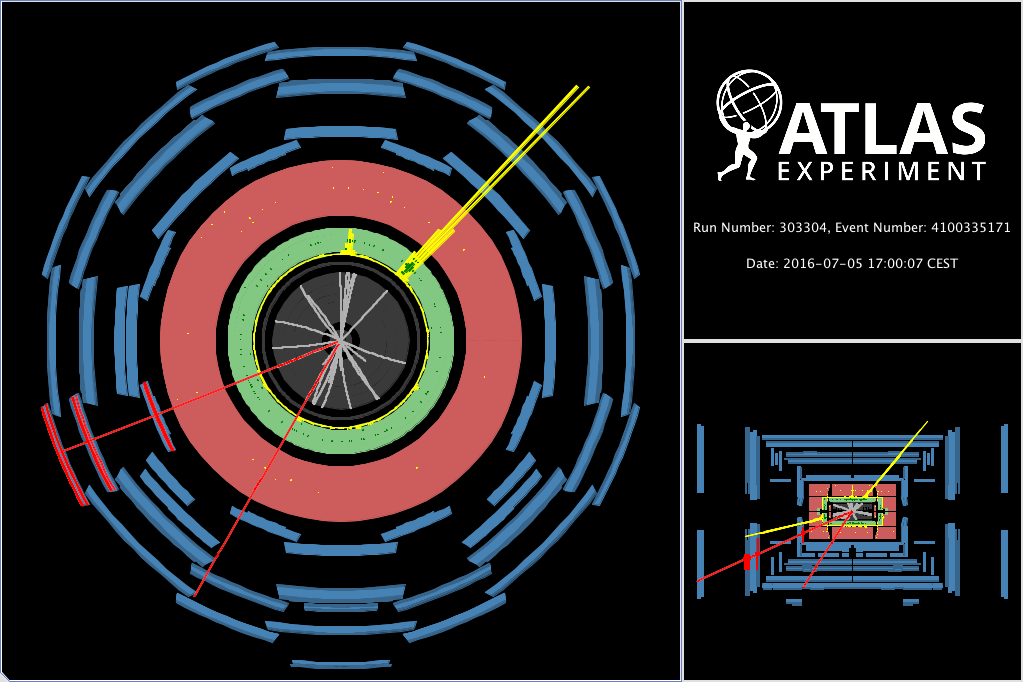 Observing rare productions of heavy elementary particles can provide fresh insight into the Standard Model of particle physics. In a new result, the ATLAS Experiment presents strong evidence for the production of a single top-quark in association with a Z boson. 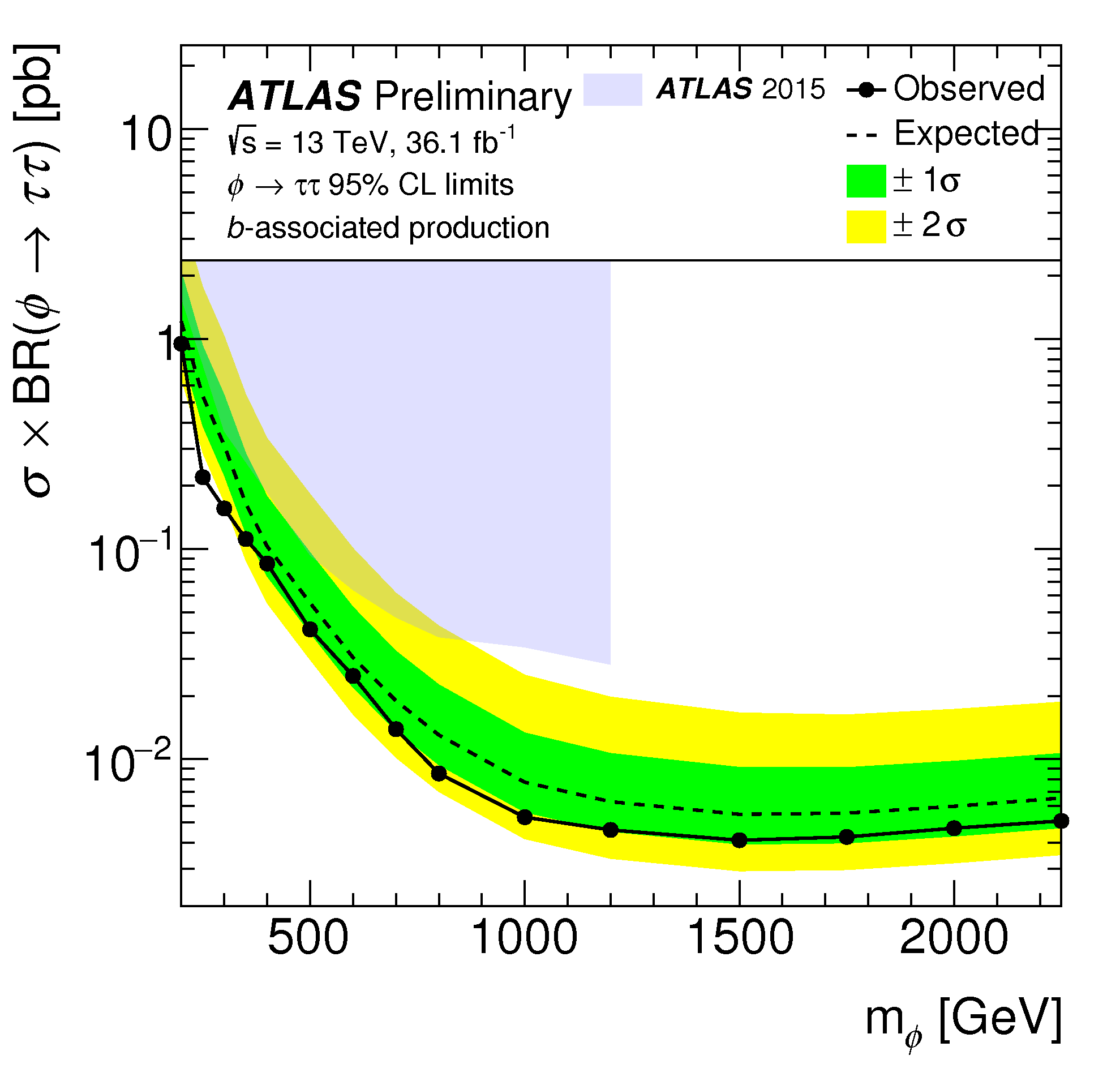 Why should there be only one? Searching for additional Higgs Bosons beyond the Standard Model

Since the discovery of the elusive Higgs boson in 2012, researchers have been looking beyond the Standard Model to answer many outstanding questions. An attractive extension to the Standard Model is Supersymmetry (SUSY), which introduces a plethora of new particles, some of which may be candidates for Dark Matter. 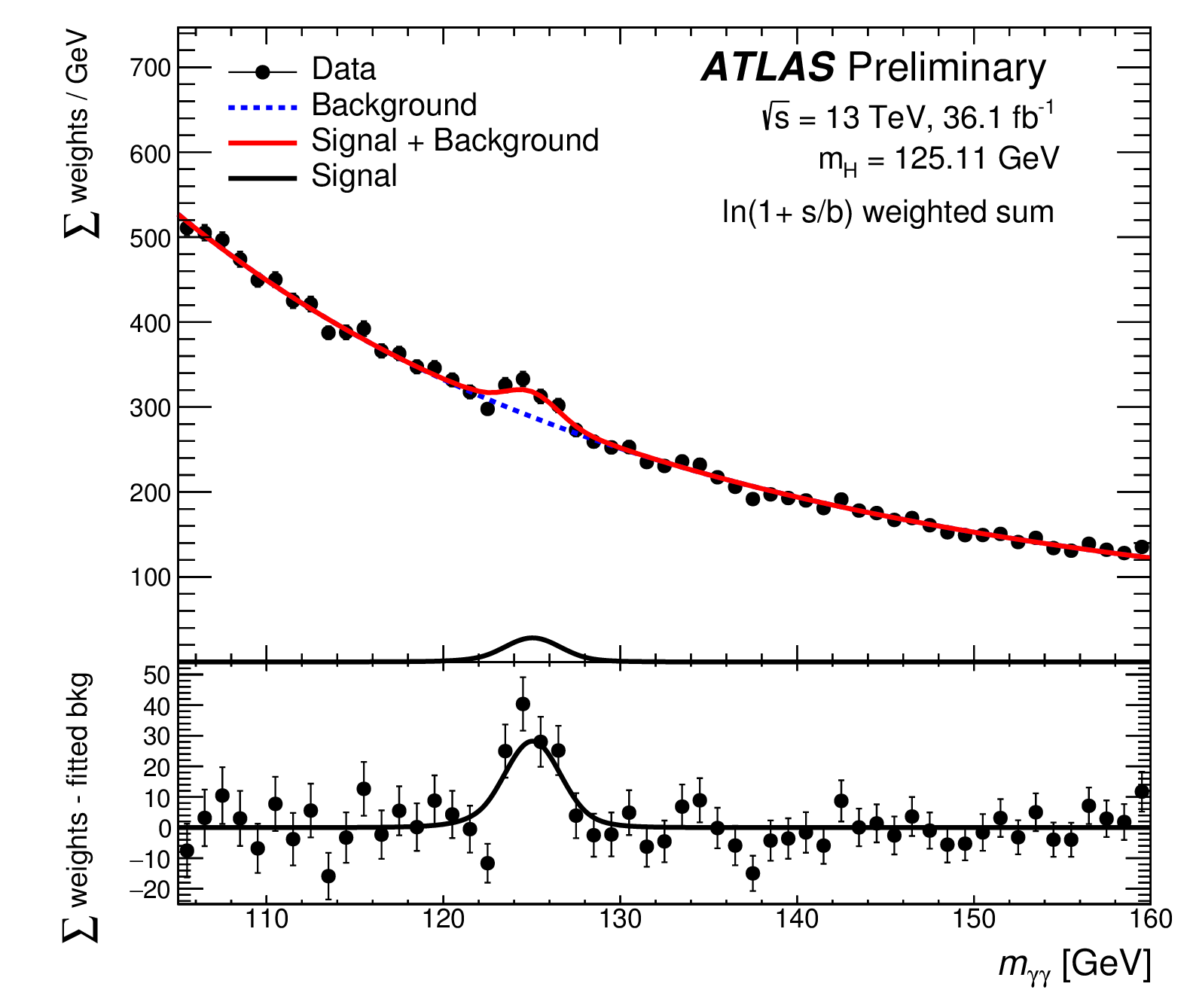 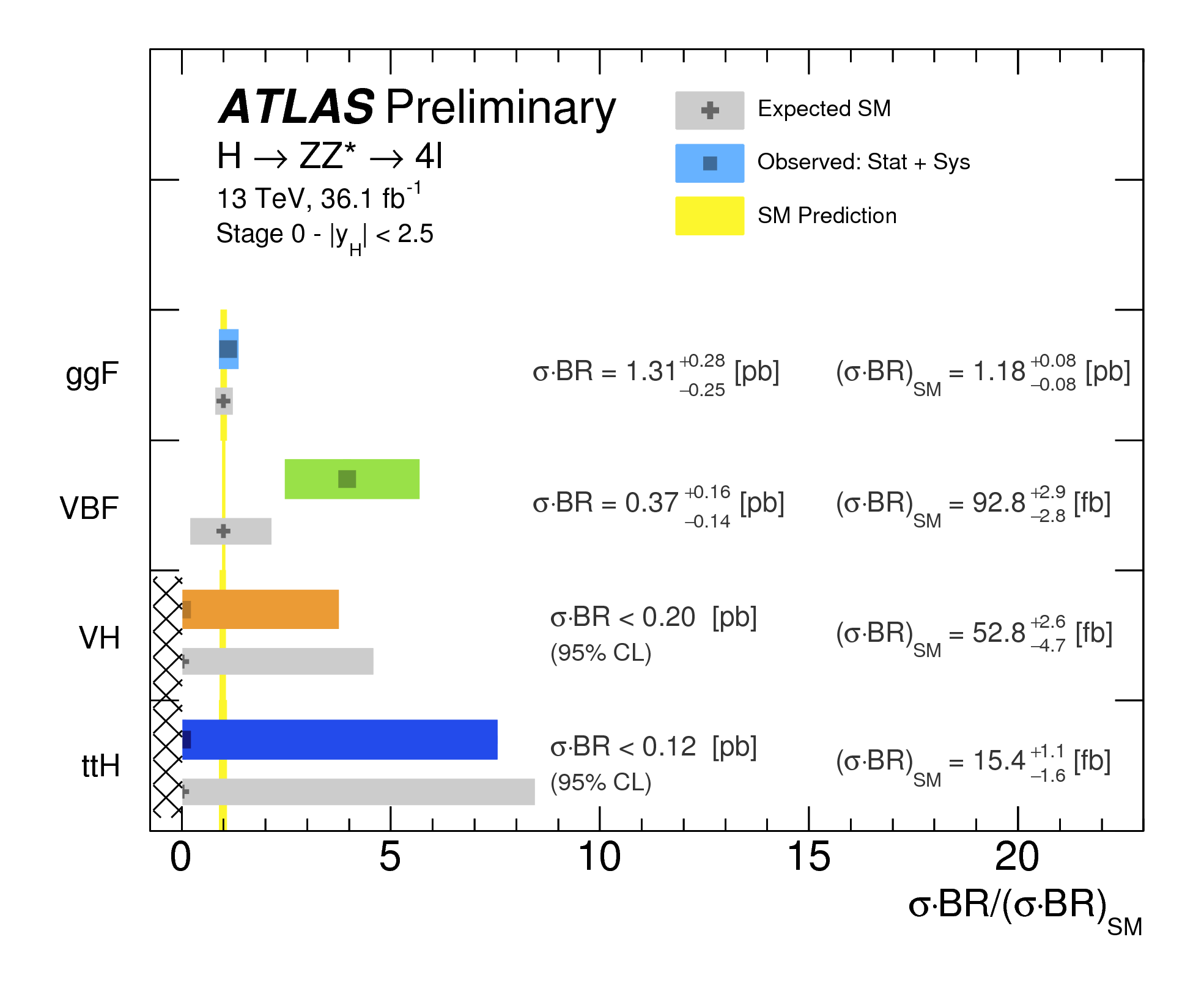 Since resuming operation for Run 2, the LHC has been producing about 20,000 Higgs bosons per day in its 13 TeV proton–proton collisions. At the end of 2015, the data collected by the ATLAS and CMS collaborations were already enough to re-observe the Higgs boson at the new collision energy. Now, having recorded more than 36,000 trillion collisions between 2015 and 2016, ATLAS can perform ever more precise measurements of the properties of the Higgs boson 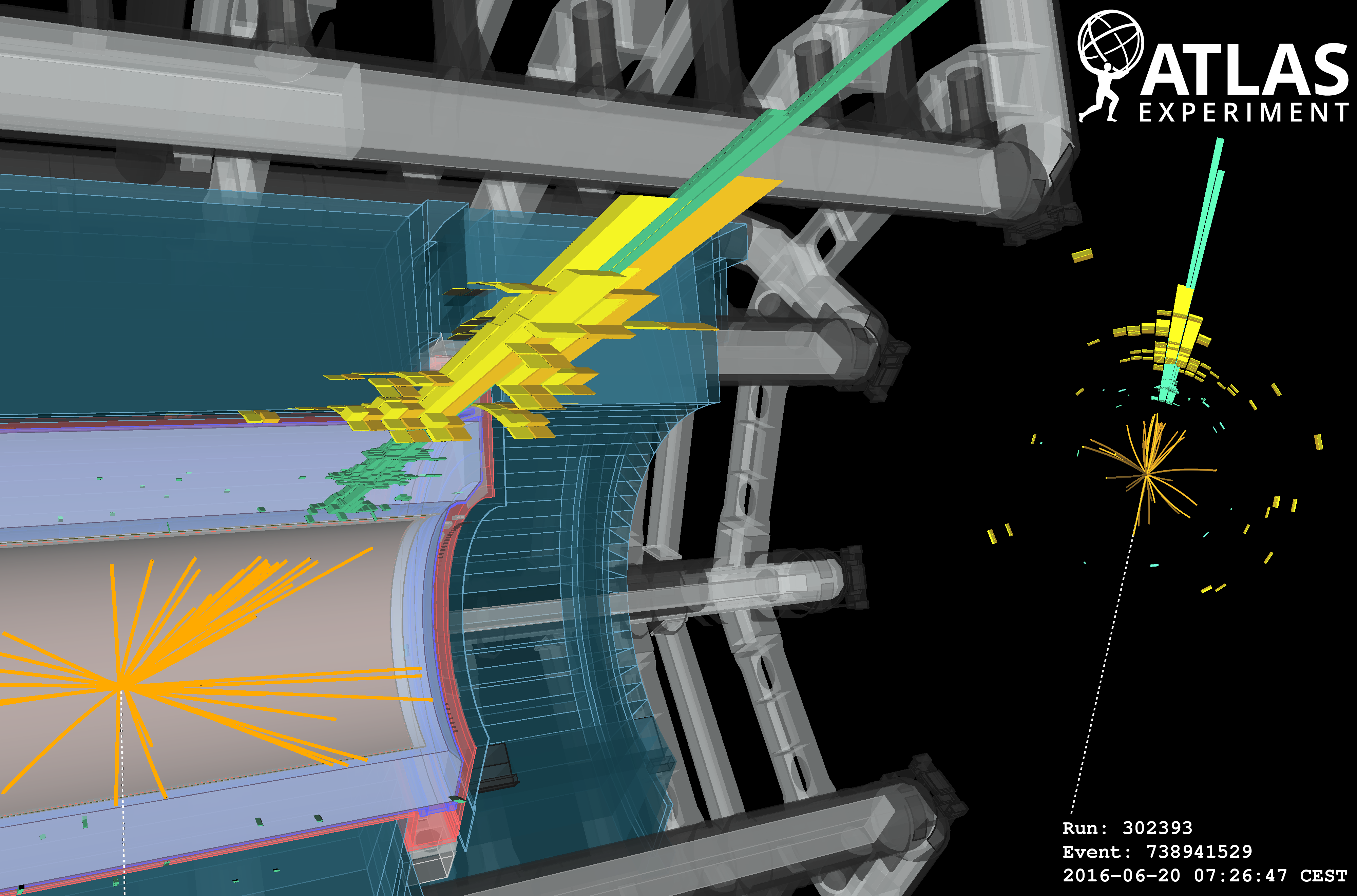 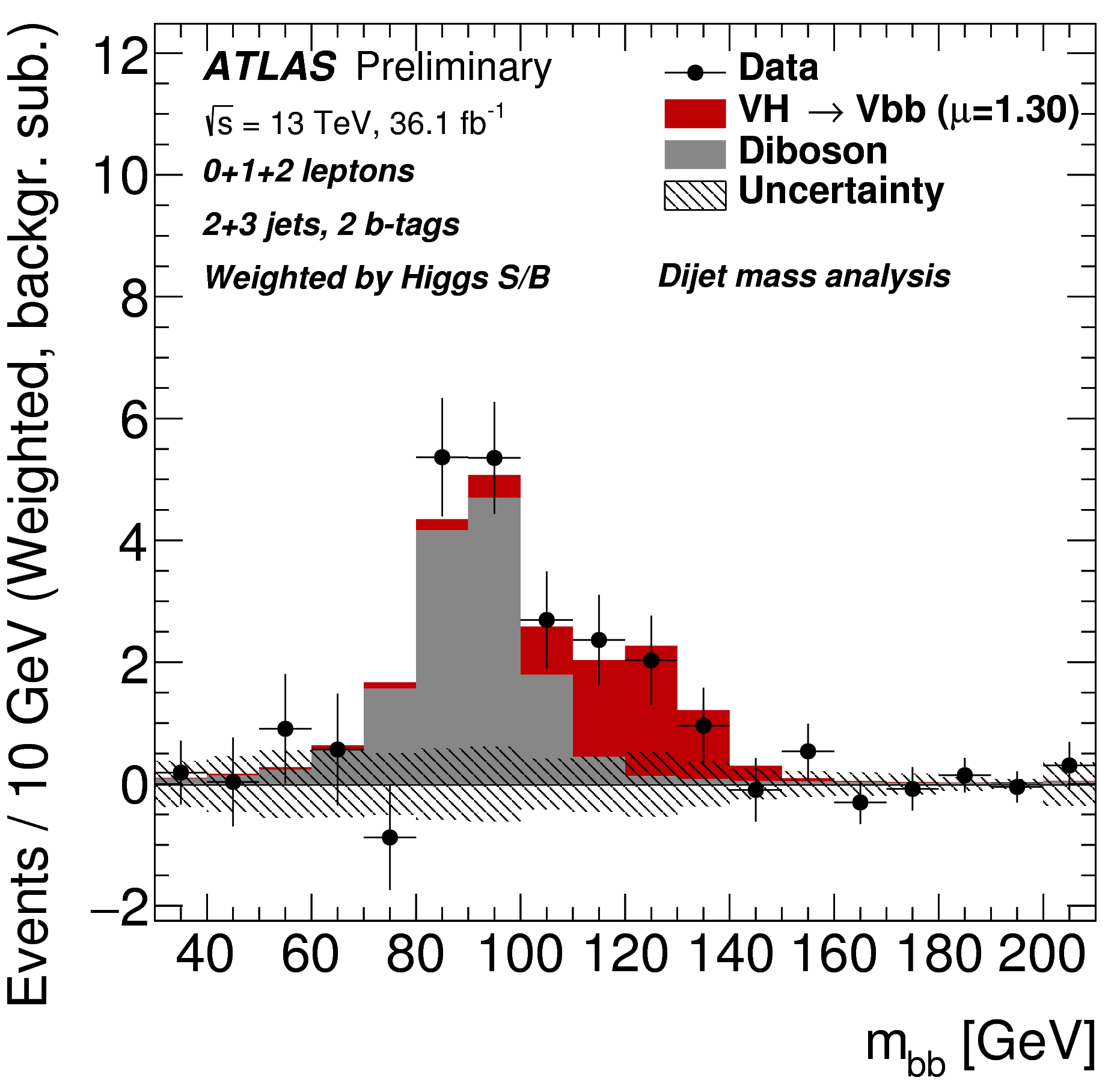 Until now, the Higgs boson had been observed decaying to photons, tau leptons, and W and Z bosons. However, these impressive achievements represent only 30% of the Higgs boson decays! The Higgs boson’s favoured decay to a pair of b-quarks, which was predicted to happen around 58% of the time and thus drives the short lifetime of the Higgs boson, had so far remained elusive. Observing this decay would fill in one of the big missing pieces of our knowledge of the Higgs sector. It would confirm that the Higgs mechanism is responsible for the masses of quarks and might also provide hints of new physics beyond our current theories. All in all, it is a vital missing piece of the Higgs boson puzzle!